It is high time we stopped treating road safety as just a law and order or policing issue. It is a development and health issue. This change in outlook is necessary to tackle the problem effectively. It can be done by addressing such well-known risk factors as bad road engineering, poor road maintenance, slacked law enforcement and inadequate infrastructure for life-saving emergency care. 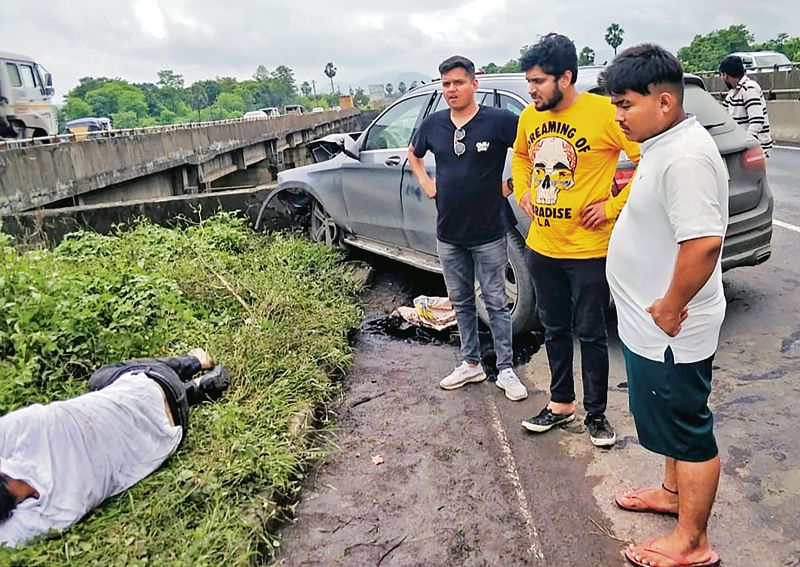 Golden hour: The location of fully-equipped trauma centres in the right places is crucial to saving the lives of those injured in road accidents. PTI 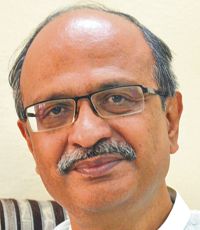 The tragic death of business tycoon Cyrus Mistry and his friend in a car crash over the weekend has brought road safety into focus. Ironically, the crash comes just a week after the release of data about road safety in India. According to the data collated by the National Crime Records Bureau (NCRB), about 1,55,000 Indians lost their lives on roads in 2021. The figure of those injured was much higher at 3,71,000, while the total number of ‘road accidents’ was over 4,00,000.

The bureau releases state-wise breakup and details of which type of vehicles are involved in these crashes and where (city roads, state, national highways etc). The reporting of the NCRB figures in the media has become an annual ritual, with little or no public discourse on the subject for the rest of the year.

It is high time we stopped treating road safety as just a law and order or policing issue. It is a development and health issue. This change in outlook is necessary for us to address the problem effectively. The United Nations General Assembly declared last year the current decade as the decade of global road safety, while the World Health Organisation (WHO) classifies road safety as a major health concern due to the huge mortality and morbidity involved.

Like any other health problem, it can be tackled by addressing the risk factors, which are well known. These risk factors include bad road engineering, poor road maintenance and driving conditions, slacked law enforcement (to check lane driving, over-speeding, drunken driving, seat belts and helmet rules, etc) and inadequate infrastructure for life-saving emergency care.

The past few decades have seen a massive expansion of the road network — highways, expressways, etc — as well as intra-city road infrastructure like bridges, flyovers, service lanes, etc. However, road safety has not kept pace with this. For instance, expressways with controlled access are being constructed at several locations for faster movement of cars and trucks, and to cut travel time. Owing to their higher speed limits, expressways are prone to over-speeding, which, in turn, increases the chances of mishaps. The data from expressways in India shows that they have a higher accident rate than national and state highways.

The 165-km Yamuna Expressway that connects Noida with Agra is a classic example. Road crashes kill a large number of people on this expressway due to a variety of factors (as reported by the police), such as driver fatigue, over-speeding and unauthorised parking on the highway. Pedestrians cross the highway due to an inadequate number of underpasses or foot-overbridges near villages. Stray animals, too, pose a hazard, while lay-bay areas are absent. Still, the authorities have not bothered to conduct any safety audit so that corrective measures can be initiated. Like the Yamuna Expressway, the Mumbai-Pune, Mumbai-Ahmedabad and Chennai-Bangalore highways should also be subjected to regular safety audits and necessary measures initiated.

In cities, road infrastructure like flyovers and clover leaves is being developed solely to cater to the needs of motorised vehicles. Such development pays no attention to the needs of pedestrians, cyclists and non-motorised transport. Public transport buses are also left to fend for themselves. The location of bus stops is inconvenient to bus users and at many places, they are forced to risk their lives to take a bus ride. The construction of skywalks and foot-over-bridges is taken up almost as an afterthought. Moreover, either they are poorly designed or their location puts users at inconvenience, resulting in low use. City authorities are paying more attention to the aesthetics of such infrastructure rather than utility aspects and maintenance.

Although a substantial number of people use the cycle as a means of transport, cycle tracks are absent in Indian cities. Even if they are being built, they are not separated from the main roads, leading to encroachment by motorised two-wheelers. Indian cities need cycling tracks for daily users and not just for recreational cyclists. Public policies and funding should be directed towards all road users and not only for cars. Local bodies spend huge funds on mindless beautification (like creating selfie points under flyovers) and developing street furniture, like ornamented fountains. Instead, local governments and municipalities should conduct walkability and cycling-friendliness audits and take steps to make roads safe for pedestrians and cyclists.

Trauma care is another area that needs urgent attention. The location of fully-equipped trauma centres in the right places is crucial to saving lives. Capturing data on trauma injuries, analysing it and networking trauma centres can help improve care and treat the injured in time.

A trauma registry started in Delhi a few years ago has yielded useful insights about the ‘golden hour’ during which proper treatment can save an injured person. The response time can be improved greatly by a simple measure such as sending a pre-hospitalisation notification so that a trauma centre is ready before a seriously injured patient arrives. This is being experimented with a mobile app that notifies all concerned in a trauma centre the moment an injured person is shifted to an ambulance. National and regional networks of trauma centres and the use of mobile apps for pre-notification can improve the quality of trauma response and the outcome.

The governments, over the decades, have been only paying lip service to road safety. Celebrating ‘road safety’ weeks begins and ends with general awareness campaigns. In 2005, the process to develop a national road safety policy was initiated. It took almost a decade to develop a sketchy policy, which, among other things, suggested the creation of a National Road Safety Fund and the setting up of a National Road Safety Board to implement the policy. Only towards the end of 2021 was the board notified. In its proposed form, the board appears to be an office in the transport ministry.

To effectively implement the mandate of ensuring road safety, the board should be an independent and empowered body, capable of developing and implementing safety standards across the board — for vehicles, roads and people.