The need for consumer protection in the online and offline arenas should be kept in mind while formulating regulations for the e-commerce sector. The need to prioritise consumers’ interests is gradually being given primacy on the online platforms, judging by the new provisions in the draft guidelines. For instance, the new rules suggest that online marketplaces should be held liable for faulty or defective products. 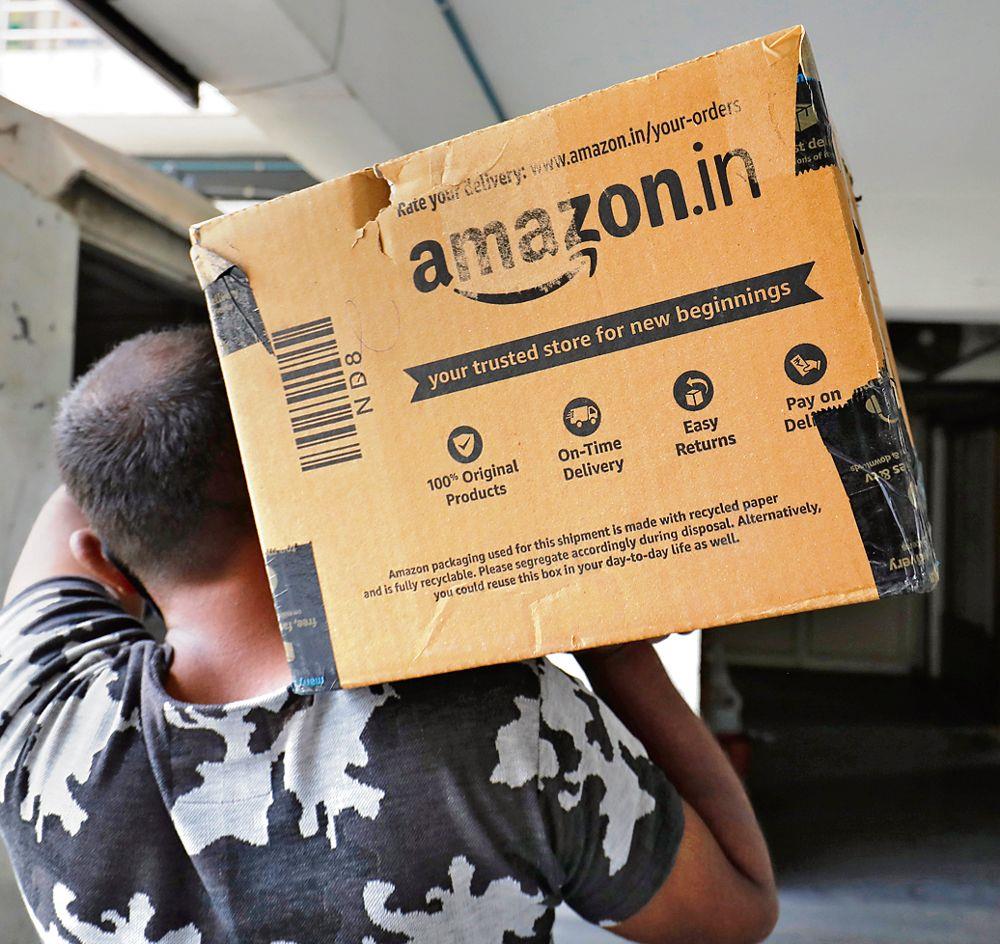 Key fear: Tech giants play a dual role as a marketplace operator and a seller. Reuters

Online delivery of goods and services has become an essential part of our daily life. The desire to avoid getting infected by Covid through personally visiting shopping areas has vastly added to the lure of the online marketplace. Since we are now relying on e-commerce for the entire gamut of essential supplies, the government’s proposed new guidelines to regulate online marketing platforms should be of concern for all of us.

The new draft e-commerce rules must be viewed in light of the fact that India is not the only country taking a close look at the activities of the global e-commerce giants. Both the US and the European Union have launched anti-trust probes against Amazon and other Big Tech companies. One of the key fears is that the tech giants are playing a dual role as a marketplace operator and a seller, thus laying them open to the charge of being anti-competitive.

Similar issues had been raised in this country nearly three years ago when Amazon and Walmart-owned Flipkart were asked to ensure that they operated only as a marketplace rather than a seller as well. Precisely the same issues have been raised by the US and European regulators who have pointed out that data from third party sellers is used to inform Amazon’s first party business decisions. They have highlighted the fact that the company has access to privileged data of third party sellers that is unavailable to others and this is used to adjust sale strategies of its own products.

The latest set of rules proposed in this country for e-commerce players is linked to these very concerns. But the new regulations will not just be applicable to foreign online marketplaces but also to domestic players. The stipulation that companies associated with the online marketplace cannot be available on the site is expected to hit domestic players like the Tatas and Reliance. This is fair enough as there should be a level playing field for all sellers in the online marketplace. The advantage of getting access to privileged data of third party sellers should not be available even if the online platform is owned by an Indian company.

At the same time, consumer protection, both in the online and offline arenas, needs to be kept in mind while formulating regulations for the e-commerce sector. The need to prioritise consumers’ interests is gradually being given primacy on the online platforms, judging by the new provisions in the draft guidelines. For instance, the new rules suggest that online marketplaces should be held liable for faulty or defective products, rather than merely leaving it as the responsibility of the selling party. This is all to the good as these platforms should carry out some basic scrutiny before allowing unscrupulous operators to transact business on their sites.

On the other hand, the question is, whether there are rules laid down for consumer protection in the case of brick and mortar retailers. The answer has to be no. In fact, consumers face great difficulty in trying to return or get refunds for defective products through the physical shopping channels. The tradition of ‘caveat emptor’ or ‘purchaser beware’ has ruled the markets in this country for decades despite the spate of consumer protection laws.

Buyers can only find relief by going to consumer courts, which is a time-consuming and uphill task, especially if the issue pertains just to one product or one of low value. In most cases, consumers are left to the mercy of retail outlets which are generally dismissive of complaints. In sharp contrast, the online marketplace has brought relief to the Indian consumers by introducing global norms for returns and refunds. One of the lures of buying online is not just the steep discounts, but equally the prospect of easily returning a product and getting a quick refund, or alternately, exchanging it for another item. In fact, it would be wise for traders’ associations to examine these issues and bring about the much-needed changes before complaining only about the unfair discounts on products given by online marketing platforms.

It is here that the government needs to step in and play a more proactive role in favour of the common man. It is certainly true that small brick and mortar kirana stores are the backbone of the retail economy, and as such, need support if they are not to be wiped out by large retailers as well as e-commerce. Even so, it is high time for such retail outlets to become more consumer-friendly.

Some changes have already been wrought in this sector. The introduction of the Goods and Services Tax (GST) brought about a sea-change in the small retail segment by bringing in the computerisation of accounts. This radical change also brought it under the tax net. It now needs to adopt a more consumer-oriented approach — “caveat venditor” or “seller beware” — taking responsibility for products sold, in line with global ethical business practices.

Clearly, policies for the retail economy need to be evolved in a manner that takes into account both the brick and mortar segment and e-commerce. The fact is that many e-commerce players are in the former segment as well, with physical stores in many locations. Even Big Tech has been visualising the growth of smart supermarkets where consumers can make purchases without making any physical payment at all.

So, the futuristic melding of online and offline is actually on the horizon and policymakers need to keep this fusion in mind rather than formulating policies in silos either for one or the other. It has to be recognised that the growth potential is enormous as projections made by Forrester Research expect the size of the retail economy in this country to grow to $1.3 trillion by 2024 from $883 billion currently. Protection for small kirana outlets is surely necessary as the consumer banks on them much more than either large retailers or online platforms. But modernisation cannot be stalled and this is a process that the government should promote aggressively to meet consumers’ needs.