Rather than being employed against terror targets in Afghanistan and the FATA territory, as the Americans wish, F-16s would (historically) find use against India, with little impact on Pakistan’s traditional terror-mongering. This predicament also re-emphasises our need to not make the mistake of distancing ourselves from Russia’s good offices. Though the tie-up with the US may look rosy now, we need to have alternative sources for defence equipment supply. 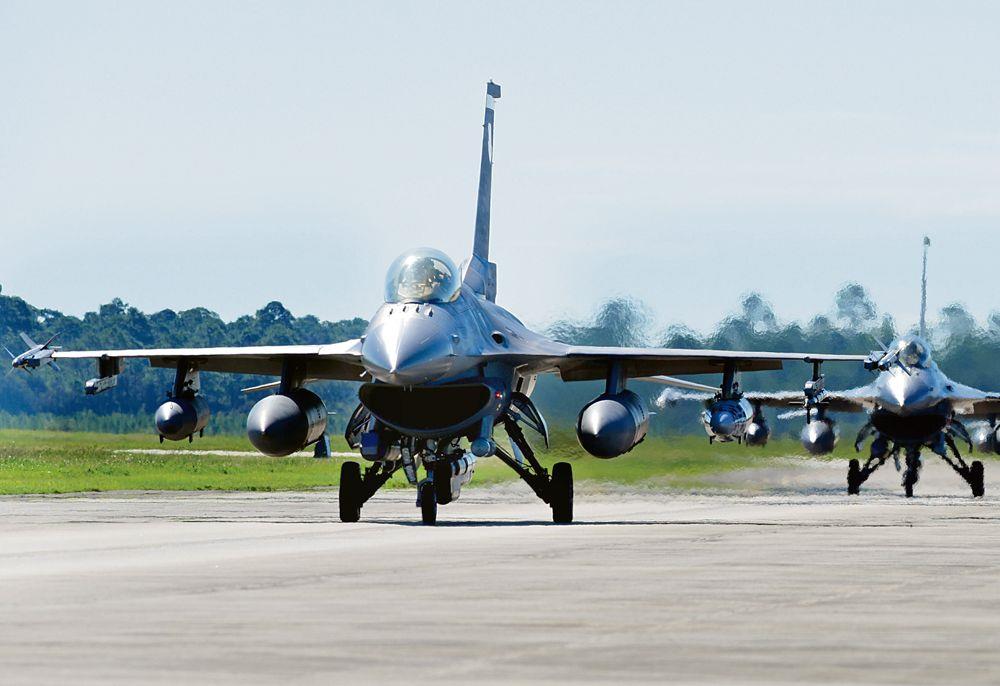 Notable: Despite the clauses in the F-16 deal with Pakistan, the US has chosen not to object to the PAF F-16 firing an AMRAAM against Abhinandan Varthaman’s MiG-21. Reuters

Running with the hare and hunting with the hounds. No doubt, the English language has some apt idioms, but seldom does one see candidates who live up to them to the tee. Our newfound strategic ally, the US, and our neighbour Pakistan have been bedfellows of this ilk since time immemorial.

The nefarious linkages between the ISI and the Central Intelligence Agency dating back to the Cold War era are legion and they thrived even post the 9/11 attack simply because the USA just could not live without Pakistan’s complicity, especially for its counter-terror campaign.

And even when it transpired that Osama bin Laden had been given refuge right next to the Pakistan Military Academy in Abbottabad and the US SEALs did the by-now-famous ‘Zero Dark Thirty’ on him, the Americans could just not do without Pakistan. One wonders why the virtual embargo on US arms supply imposed by the Donald Trump administration has been undone by the Joe Biden team, with the announcement of $450-million military sales, ostensibly for the “safety and maintenance” of F-16s.

However, some electronic combat upgrade is also said to be on the anvil. Clearly, this is a quid pro quo for services rendered elsewhere. Incidentally, not much has been heard in the open media about where the (Predator?) — drone-fired Hellfire R9X Ninja missile that decapitated Al-Qaida chief Ayman al-Zawahiri — originated from. Was it indeed from American base Ganci near Bishkek or likely from a Pakistan airbase like Jacobabad? It is highly probable that the real-time intelligence to zero in on the Kabul safe house, where the terrorist chief was apparently lounging in the balcony, must have been obtained with the Pakistani/ISI complicity.

It is ironical that India itself is currently purportedly negotiating a Predator deal with the Americans. While our targets of concern such as Hafiz Saeed or Dawood Ibrahim are in a different basket, no doubt, from those that interest the Americans, one can expect interference in our related counter-terror campaign, more so if the weapon platform employed comes from those quarters. ‘Aatma nirbharta’, anyone?

Besides Pakistan’s likely complicity in Zawahiri’s killing, there are reports of that country sending 122-mm artillery shells via a Royal Air Force aircraft for use by the Ukrainians in their counter-offensive against Russia. Now, both these instances cannot clearly be unrelated to the Pakistani penchant of playing double games.

The Chinese view on these would be interesting to speculate. Clearly, there are wheels within wheels and the Chinese would also play their cards accordingly. Coming back to Pakistan, the American largesse would, no doubt, lend an added life to Pakistan Air Force’s (PAF) F-16 fleet, supplementing any assistance in this regard coming from its other Sunni friend Erdogan’s Turkey.

This would directly impact Pakistan’s war-waging capability against India. This move could also be a US counter to India’s S-400 deal and oil purchases from the embargoed Russia.

On the same issue, it is to be noted that despite the existing clauses in their F-16 deal with Pakistan about not using their assets against “friendly” quarters, the Americans have chosen to not object to the PAF F-16 firing an AMRAAM against Abhinandan Varthaman’s MiG-21 Bison in riposte to the Balakot strike. Besides, some 20 of the 75-odd F-16s with Pakistan are purportedly known to have been made nuclear-capable with Chinese assistance. So, clearly, it is once again a matter of opportunistic strategising or “hunting with the hounds”.

In the light of these plausible “conflict of interest” situations between our country and the USA, care needs to be exercised to ensure that we get an appropriate contract with respect to our impending deal for the Predators. What is meant, thereby, is that we should not be caught in a cleft stick in terms of their operational employment, a la what the Americans themselves have tried to enforce (and not succeeded!) for the F-16s supplied by them to Pakistan.

Rather than being employed against terror targets in Afghanistan and the FATA territory, as the Americans wish, these would (historically) find use against India, with little impact on Pakistan’s traditional terror-mongering.

The above-mentioned predicament also re-emphasises our need to not make the mistake of distancing ourselves from Russia’s good offices. Though the strategic tie-up with the USA may look rosy now, more so with the Quad gaining traction, we need to have alternative sources for defence equipment supply. Besides, post the Ukraine imbroglio, Russia is bound to have learnt a lesson and we can expect some superior stuff coming out of its military industrial complex and our all-weather friendship with it cannot be frittered away. But here is where our planners need to apply their minds as to what constitutes national interests.

Balancing our dealings with the US defence industry and that of Russia is going to get even more tricky in the future, more so with the trade and technology embargoes imposed on Russia post Ukraine and the Countering America’s Adversaries Through Sanctions Act (CAATSA) threat looming. Pakistan’s duplicity in dealing with the US and Russian lobbies is bound to have an impact on its treatment by the Financial Action Task Force, affecting India’s terror threats directly.

Further, India needs to hone its capabilities in information technology, space and artificial intelligence and achieve profitable tie-ups with our benevolent allies to either side of the emerging unclear world order to ensure that our tri-service military wherewithal in countering terror does not get compromised.

Here, once again, spending adequately on defence is critical because capabilities, especially in the military domain for a large nation such as ours, come at a premium of inordinate timeframes.