The US wishes to wean India away from Russian military hardware, but given India’s historic dependence on it, this may not be possible. CAATSA is likely to become a critical issue, forcing India to choose, say former US and Indian officials. India’s autonomy to buy from or make weapons with Russia could come under stress. 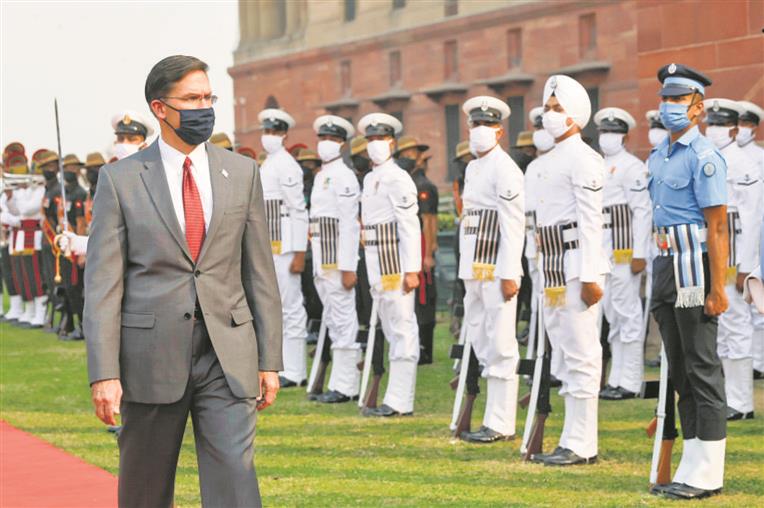 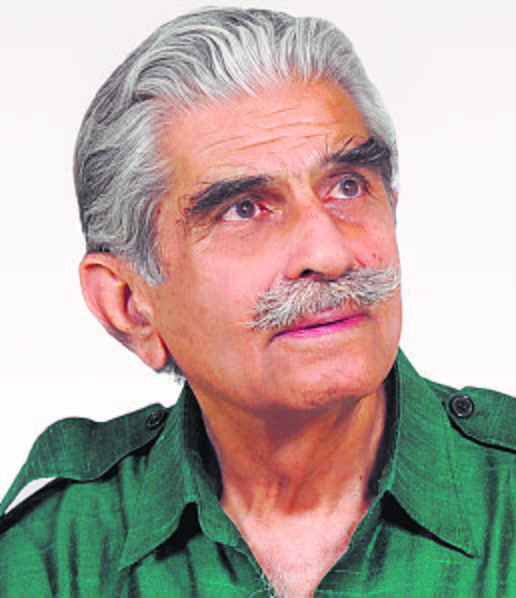 US-INDIA relations enjoy a bipartisan consensus, especially on defence and security relations (DSR) which are the original drivers of their comprehensive global strategic partnership. DSR is now the crown-jewel of the partnership with past biases and distrust diminishing.

During the third India-US 2+2 meeting held last month in New Delhi, former Defence Secretary Mark Esper stressed inter-operability so that ‘we can build capacity to fight together if we are called to.’ Secretary of State Mike Pompeo, at the same meeting, said: “The US will support India to defend its territorial sovereignty and liberty.” In an interview with Times Now, Pompeo said: “We can have a joint deterrence — jointly deter Chinese tyranny.”

No US official has ever made such definitive commitments to India’s defence and security earlier. Defence Minister Rajnath Singh, at the same 2+2, said: “The defence partnership is even more vital now due to challenges India faces.” He did not name China.

In 2015, Admiral Harry Harris, Commander-in-Chief, US Pacific Command, had said: “We want India to become the pivot in the Indian Ocean Region (IOR) and we can do combined combat patrols.”

So what does the Biden presidency bode in DSR? India has ticked all the boxes for access to critical defence technology. It has signed the four foundational agreements that took three decades to fructify due to hesitations of history, the last being BECA which will enable Indian missiles to hit targets thousands of miles away with accuracy and permit the purchase of US armed drones. The Defence Industrial Security Annexe (DISA), the classified defence technology enabler, was signed in December 2019 and India will attend its first meeting next month.

India’s landmark achievements and categorisations include being made a major defence partner in 2016. In 2017, the US National Security Strategy Paper called India the Most Favoured Defence Partner. The Defence Trade and Technology Initiative was to lead to co-developing and co-producing critical technologies overriding the US Export Control Law covering seven technologies. An India-specific rapid reaction cell was created, but the DISA had not been signed. Until 2008, the US had sold military equipment worth $200 million which has rocketed in 2020 to $20 billion, with $15 billion stores in the pipeline. The joint challenge is converting the seller-buyer relation to co-development and co-production and Make in India.

The DISA meeting in December is expected to become the open-sesame to advance technologies and cooperation in cyber security. The defence and security cooperation, military training programmes and exercises are the most intense between any two countries.

The US Pacific Command was renamed Indo-Pacific Command with Indian naval officers deployed in Honolulu and also with the US Central Command at Bahrain. Similarly, a US officer is posted in the Maritime Domain Awareness Centre of the Indian Ocean Region at Chennai. Both countries are members of an uprated Quad and a reanimated India-led Malabar naval drills series — which concluded its 24th exercise last week in the IOR — as part of the US-India Joint Indo-Pacific Vision. India was invited for the first time to the Five Eye Meeting, a World War-II intelligence grouping of the US, Canada, the UK, Australia and New Zealand.

The revival and revamping of institutions in the Indo-Pacific is seen as unmasking the containment of China, the biggest external challenge for both the US and India. Still, despite the momentum and scale of the DSR, mistrust of the US among younger officers is a legacy of the USS Enterprise in the Bay of Bengal during the 1971 war, concludes retired US Colonel David Smith, from his deep study of the Indian military.

The sticking point in the India-US DSR is that Russia is India’s exclusive strategic defence partner and the US CAATSA is hanging like the sword of Damocles. As much as 80 per cent of all military equipment and platforms in the three services are of Soviet/Russian origin.

The strategic partnership with Russia had veered towards a virtual alliance in the 1971 Treaty of Peace, Cooperation and Friendship, which helped India win the war against Pakistan by keeping China and America at bay. Further, Russia has leased two nuclear submarines, provided technology for nuclear reactors of Indian submarines and the two countries have co-produced and co-developed the Brahmos missile and Russia has made in India platforms and equipment. No two countries have had such deep trust and cooperation.

Last week, the Russian embassy in New Delhi said: “Russia was looking forward to expanding defence cooperation and export of Brahmos to the Philippines.” It also mentioned that it will ensure the S-400 AD system worth $5.4 billion is delivered by the end of 2021. A number of other projects, joint ventures and modernisation programmes, like the Kamov-26 helicopters, AK-203 rifles, SU30 MKI, T90 tank, frigates, missiles and submarines, are in the pipeline.

The India-Russia defence cooperation programme is huge. The problem is that Russia has also intensified defence cooperation with China and Pakistan, both India’s adversaries-turned-enemies. There is still no word on the US waiver on the S-400, as there is on Chabahar Port.

The US wishes to wean India away from Russian military hardware, but given India’s historic dependence on it, this may not be possible. A CAATSA is likely to become a critical issue, forcing India to choose, say former US and Indian officials. Access to critical technologies, sale of armed drones and US Make in India are more likely to happen now, but with severe end-user riders. India’s strategic autonomy to buy from or make weapons with Russia could come under stress.

The challenge for India is finding a modus vivendi over Russia even as Russia walks tightrope its relations with China and Pakistan — a crowded menage a trois!