Are US & NATO willing to shed blood in defence of the principle of territorial integrity? 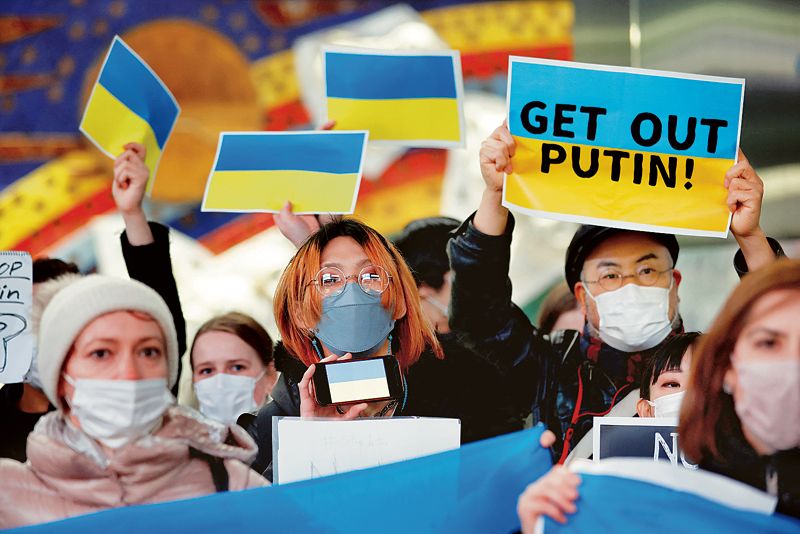 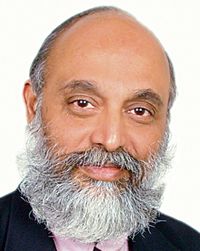 The determined Russian invasion of Ukraine has unfolded in a manner akin to a global  slide show with two opposing narratives. First, the steady buildup of troops by Moscow along the border areas with Ukraine that caused increasing dismay in Kyiv, despite Russian President Putin assuring his interlocutors that there was no aggressive intent — it was all about ‘defensive’ military exercises.  And the second, US intelligence which cautioned the world that a Russian invasion was imminent,  though Moscow dismissed this alert as a red herring and a case of the US-led West creating a  war hysteria. The latter narrative has turned out to be correct and a war in central Europe, with considerable escalation potential, has begun.

India’s choices over Ukraine will be long-lasting. An objective review of composite national security in the current geopolitical churn is imperative.

The swift entry of Russian troops into parts of Ukraine on February 24,  even while consolidating a joint military presence in Belarus has altered the situation on the ground in a radical manner. Russia has used its military power to redraw the political map of central Europe by recognising two pro-Moscow separatist provinces of Ukraine and has described its use of military muscle as a case of ‘special operations’.

The ultimate purpose identified by Putin is to demilitarise Ukraine, which has been projected as a security  threat to Russia and hence the current attack on Ukrainian military installations and related infrastructure. The term ‘de-nazification’ of Ukraine and its leadership has been used by Putin in a very perplexing manner and his interpretation of recent Russian history and Ukrainian national identity has been startling.

The Ukraine crisis has been simmering since 2014, when Russia annexed the Crimean peninsula, and in subsequent years, Moscow, with Putin in the saddle, has sought to prevent former Soviet republics from moving closer to the US-led West — whether as part of the EU or NATO.

The US and its allies are deliberating over the response to this brazen act by Moscow and severe economic sanctions on Russia are being imposed. Conflicting reports have emerged about the defensive measures adopted by the Ukraine military forces and reports of  Russian helicopters being shot down have been rejected by Moscow. An emergency meeting of the UNSC had an ironic twist, with Russia chairing the meeting of the global high table — to review its own actions of aggression — which it has  described as the defence of legitimate security interests.

The global community has responded in a predictable manner — the US and its allies condemning what has been described as a Russian invasion and a challenge to the global order; while some major nations, including India and China, have been more circumspect and have refrained from criticising Russia.

At the emergency UNSC meeting, India urged that ‘quiet and constructive diplomacy’ is the need of the hour and added that any steps that could escalate the tension should be avoided. China has been similarly reticent and this is reflective of the current geopolitical dilemmas and contradictions that characterise major power relations.

Two issues merit comment, even as the turmoil over Ukraine unfolds and a sense of déjà vu is kindled – in recalling similar actions by Moscow in relation to Hungary and Czechoslovakia during the Cold War. The first issue is  the use of military force in this manner by a major power to redraw borders and threaten the territorial integrity of a weaker state; and two, the Indian predicament, given that it is dealing with a similar exigency in relation to China, as evidenced in the Galwan ‘scuffle’ of June 2020 — which is still festering.

The received wisdom about  military  capability, after the end of the Cold War, is that conventional wars between major powers are a thing of the past and that new forms of hybrid warfare, including information-cum-influence shaping and the use of long-range precision ordnance (missiles) would reduce the possibility of boots on the ground operations. Moscow has just rewritten that chapter and the challenge for the US and its NATO allies is whether they are willing to shed blood in defence of a normative principle – the sanctity of territorial integrity – with Ukraine being the litmus test.

Paradoxically, this is a question that Ukrainians are grappling with – the degree to which the citizens of Ukraine will resist Moscow, or see this action by Putin with weariness and resign themselves to a sullen Finland kind of status. The related geopolitical strand is the efficacy of the sanctions being imposed by the US and its allies against the emerging China-Russia entente that was spelt out in considerable detail during the just-concluded winter Olympics,  where Presidents Xi Jinping and Putin committed themselves to resisting what they described as US-led western hegemony.

The Indian predicament in relation to Moscow’s military actions is not new. The Delhi dilemma in choosing high principle over political pragmatism, against the reality of  a complex dependency on Moscow was faced by Nehru (Hungary) and Indira Gandhi (Afghanistan), and now a similar   conundrum confronts PM Modi. The safety of Indian students stranded in Ukraine adds an immediacy that is palpable in social media and related platforms.

But as a non-permanent member of the UNSC and one that aspires to being a leading power globally — India has to navigate overlapping dilemmas in relation to Russia. The primary one is the territorial dispute with China and the Indian position on Ukraine will have an impact on the manner in which the US shapes its own orientation. The more complex dilemma is one that pits the commitment to freedom and the liberal democratic order in the face of a creeping pattern of  authoritarianism and divisive nationalism. This is being advanced by a recourse to hard power to intimidate ideological and political opponents — both among and within states.

The German invasion of the Soviet Union in 1941 sowed the seeds of insecurity in Moscow and the chimes of recent history are disturbing. The choices made by India over Ukraine will be long-lasting and an objective review of composite national security in the current geopolitical churn is imperative.