In recent months, barely a week has passed without some punitive step by the US 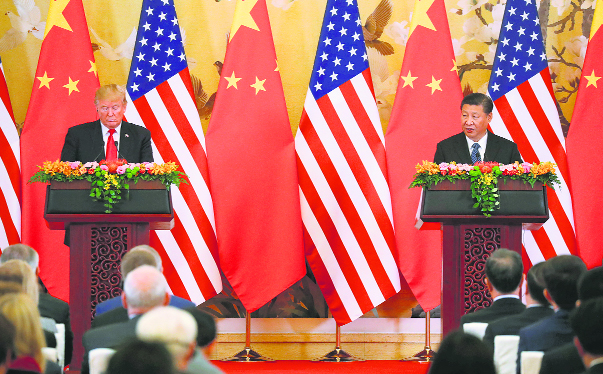 No let-up: The US is unlikely to ease pressure on China, even as Xi Jinping is taking substantive measures to ensure his continuance. 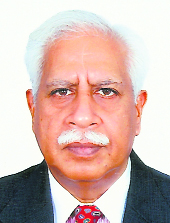 With China-US relations deteriorating rapidly amid mounting tensions in the South China Sea, there is growing concern in the Chinese Communist Party’s (CCP) top echelons about the next punitive steps that the Donald Trump Administration might take. In recent months, barely a week has passed without some punitive sanction being slapped on China by the US. As the sanctions begin to impact China and the CCP, there are heightened apprehensions that US President Trump could be tempted to take some military action against China to boost his ratings in the presidential elections this November.

There are apprehensions that Trump could be tempted to take some military action against China to boost his ratings in the presidential elections.

Since late July, posters and videos, not seen in the past 50 years, have appeared in Beijing and Shanghai instructing people what to do in case of air raids. In some places, active-duty border and island military personnel and their families have been told to register with the community neighbourhood committee. Similar instructions have been issued to retired People’s Liberation Army (PLA) Navy and PLA Air Force personnel along China’s southeast coast. On July 27, China’s Minister of Public Security Zhao Kezhi directed the ministry’s personnel “to guard against and crack down on the disruptive sabotage activities of hostile forces at home and abroad, carry out anti-infiltration, anti-subversion, anti-separatism and anti-evil religion struggles, and resolutely safeguard national political security.”

Expressing concern, Jin Canrong, a reputed America expert and Associate Dean at Beijing’s Renmin University, said, “The collective hostility against China among US elites and policymakers, which we didn’t expect, will also make the US more aggressive.” He noted that “direct China-US military conflicts, or even the severance of diplomatic ties, which used to be unimaginable, are being discussed more frequently by the mainstream media outlets and scholars, so the danger of military conflicts exists and is growing.”

As China-US tensions escalated, the Beijing-based South China Sea Strategic Situation Probing Initiative observed (July 29) that there is the possibility of small and medium-sized clashes, which could involve ship collisions and occasional firing incidents. The PLA Navy (PLAN) also responded to the US and its allies conducting the Pacific Rim exercises and, for the first time ever, staged simultaneous exercises in the East, Yellow and South China Seas and Bohai Bay. On August 25, the PLA fired the 4,000-km range DF-26B missile from a base in Qinghai province and a DF-21D missile from Zhejiang province to a location in the waters between the cities of Qingdao and Lianyunggang. Separately, reports filtering out of Beijing state that Chinese President Xi Jinping has instructed PLA personnel to be “very careful and not fire the first shot.”

Meanwhile, China’s leadership had started preparing some months earlier to minimise the impact of other possible punitive actions. An indication was given by Zhou Li, a recently retired former Vice Minister of the CCP Central Committee’s International Department. Among the six precautionary steps he suggested was that China must take measures to minimise the effects of US control over the Global Interbank Financial Telecommunications Association (SWIFT). In apparent endorsement of this concern, Reuters said a report by the investment banking unit of the Bank of China (BoC) recommended that China should prepare for potential US sanctions by increasing use of its own financial messaging network for cross-border transactions in the mainland, Hong Kong and Macau. It suggested greater use of the Cross-Border Interbank Payment System (CIPS) instead of the Belgium-based SWIFT system. The report added that if the US took the extreme action of cutting off access of some Chinese banks to dollar settlements, China should also consider stopping using the US dollar as the anchor currency for its foreign exchange controls.

Since April, other reports have reflected similar anxieties. The first was the briefing to Xi Jinping and the Politburo by the Chinese Institutes

of Contemporary International Research, a think-tank of the Ministry of State Security. It forecast a bleak outlook for the coming year, including, because of US pressure, the possibility of social upheaval and military conflict. This was underscored by the People’s Liberation Army (PLA) Daily. The Chinese Academy of Social Sciences (CASS) confirmed that China-US relations would deteriorate further as the current US Administration was ‘hostile’ to China and suggested ways to arrest the decline.

Concerns in China’s leadership echelons have increased as the US began applying sanctions against officials who it said were directly involved in suppressing the people and human rights in the Xinjiang-Uyghur Autonomous Region and the Hong Kong Special Administrative Region (HKSAR). A proposal mentioned by US Secretary of State Mike Pompeo in late July that the US could deny visas to members of the CCP, including members of the PLA and those already in the US, has had immense impact. If implemented, this will directly affect the 92 million CCP members and their immediate families. Almost 70 per cent of the children of CCP members at or above department level go to the US for studies.

Indicating the level of anxiety in the CCP, a retired Chinese official said that “Xi is in his most dangerous predicament since taking office” and the US has a chance “to force Xi to step down.”

The US is unlikely to ease pressure on China and Xi Jinping is expected to come under increasing pressure. He is, however, taking substantive measures to ensure his continuance as well as the CCP’s monopoly as the sole ruling political party. Meanwhile, unconfirmed reports filtering out of Beijing and Shanghai claim that Xi Jinping’s personal security has been increased.