SCO at crossroads of history : The Tribune India

SCO at crossroads of history 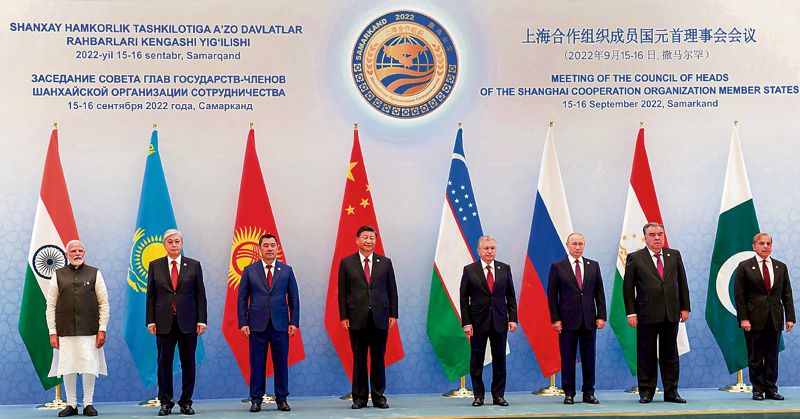 RIDER: SCO membership may not guarantee that there will be no conflicts. PTI 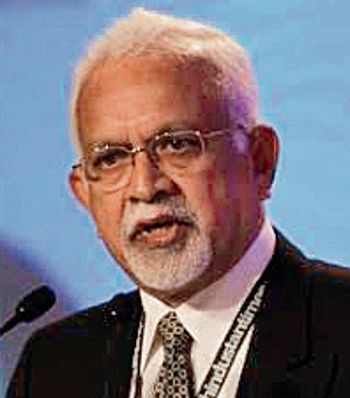 THE Samarkand summit of the Shanghai Cooperation Organisation (SCO) is unique in terms of the number of applications from other countries who are keen to join its activities in various formats. In particular, the zest with which India’s immediate neighbours and countries in the extended neighbourhood are seeking association with the SCO presents an extraordinary sight. The lure of the SCO for Gulf states — Iran, Saudi Arabia, the UAE, Kuwait, Qatar and Bahrain — is particularly striking. What explains it?

During the upcoming SCO presidency, India should focus on practical & quantifiable achievements for development.

Over the past 20 years, the SCO has more than tripled in size — with six founding states in 2001 and 21 member states now, including observers and dialogue partners. But, fundamentally, expansion has never been an end in itself. Iran’s SCO membership process took 17 years. This is indicative of the accretion of a new geopolitical centre of power in the international system with a positive agenda, with which many diverse countries can relate with comfort.

The Gulf states’ partnership with the SCO comes against the backdrop of the recent visit by US President Joe Biden to Saudi Arabia and his summit in Jeddah with the leaders of the Arab states. The Gulf states rebuffed Biden’s entreaties to create a regional alliance to push back Russia and China; and his exhortation to rally against Iran had no takers. They have followed Iran’s footfalls, viewing the SCO as a conducive habitat, given its collegium spirit, consensus-based decision-making procedures, unity in diversity, emphasis on national sovereignty and non-interference and so on.

What SCO provides its members, observers and partners is security in their mutual relations and stability across the region. Membership may not guarantee that there will be no conflicts, but it provides for means to prevent or manage them as well as a unique platform for regular high-level and top-level contacts.

Weighing the outcome of the Samarkand summit from such a perspective, the Russian-Pakistani initiative to implement a gas pipeline via Afghanistan connecting South Asia with the gas fields in Central Asia and Russia is of profound significance for the geopolitics of the SCO region. To be sure, we are witnessing the stirrings of a mega bloc of trading nations materialising in a conceivable future between Eurasian landmass and South Asia.

This massive SCO project is a fine example of development and security moving in tandem in the ‘Shanghai spirit’. In a meaningful remark, Russian President Vladimir Putin told Pakistan PM Shehbaz Sharif that the stabilisation of Afghanistan becomes an imperative, and “we have good relations with the people of Afghanistan. I also have in mind Pakistan’s ability to influence the situation there.” Indeed, it is no secret that Russia is keen to extend the proposed gas pipeline to India as well, as a recent report in the Nezavisimaya Gazeta discussed. In conjunction with the pipeline, Russia is already set to construct another pipeline connecting Karachi and Lahore and up to the Afghan border.

Clearly, a host of countries from the Eastern Mediterranean to Pakistan are seeking to deepen their relations with Russia, perceiving that western attempts to isolate such a giant powerhouse of minerals and other much-needed commodities are doomed to fail. The geopolitical realignment and instability caused by the prolonged Russia-Ukraine conflict overturns global calculations about supply routes and the breakdown of EU-Russian relations signals the replacement of globalisation with regionalisation. Truly, SCO stands at the crossroads of history.

Thus, West Asian countries, which were historically much more closely involved with distant western powers than with their own neighbours, are now focusing on opportunities in their dynamic neighbourhood. The Saudi rebuff to the US entreaties to abandon the oil alliance with Russia reflects the spirit of our times.

The annual Russian-Indian summit meeting due in Russia should be thoroughly prepared with a long-term vision. Leaving aside Russia’s existential war with the US and NATO on Ukrainian territory, which Moscow cannot afford to lose anyway, PM Modi should focus on leveraging his deep 22-year-old friendship with President Putin, which he eloquently invoked with a rare display of emotions in Samarkand, to achieve a quantum jump in the Russian-Indian relationship. The two countries have no conflict of interests. India should focus during the upcoming SCO presidency on practical and quantifiable achievements for development. Quite obviously, it becomes hugely vital to reset India’s relations with Pakistan for optimally gaining out of the SCO membership. That is eminently doable under PM Modi’s leadership.

At his meeting with the press after the Samarkand summit, Putin underscored that “SCO, cooperation with the SCO countries, creates conditions for the development of the Russian economy… I sat next to the Prime Minister of India at the working dinner. India’s GDP grew by seven per cent, China’s by more than 5 per cent… Our trade with these countries is growing fast. If these rates are preserved, and they are bound to be for many objective reasons, we will be one of these countries, next to them, ensuring our interests. This is what we are doing and this is the main point (about SCO).”

A central issue in the strategic calculus of most countries in the non-western world is the reliability of the dollar-based international financial system. The brazen manner in which the West weaponised sanctions and grabbed Russia’s assets is reminiscent of colonial-era practices and norms. The SCO members should prioritise the transition towards using their currencies in trade, and connecting their national payment systems. Indeed, a new international financial system is taking shape in the multi-polar world order. In geopolitical terms, this sequesters the SCO countries from the diktat of hegemonic world powers.