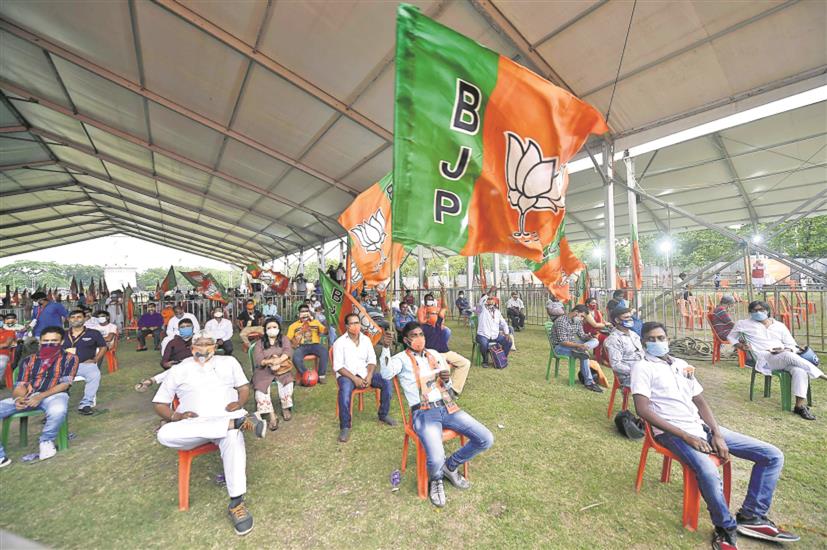 Rapid strides: The BJP has established a strong foothold in West Bengal. PTI 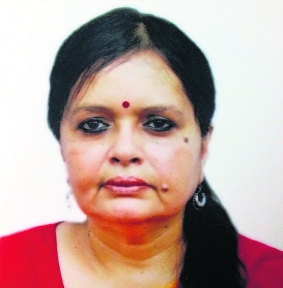 The Trinamool Congress (TMC) retained power in West Bengal, the most keenly watched state in the 2021 Assembly elections, thanks to an epic fightback by its leader and two-time CM Mamata Banerjee. She herself lost the pitched battle from the Nandigram seat against a former political associate, Suvendu Adhikari, for whose family the district is a long-time fief. Adhikari joined the BJP months before the polls. When he vowed to ‘wipe out’ the TMC, Mamata picked up the gauntlet.

The TMC’s campaign was largely reactive, in contrast to the BJP’s agenda-setting proactivity.

Contrary to exit poll projections of a close contest in the offing, the TMC cruised ahead of the BJP, its closest rival, restricting its tally to double-digit figures, as predicted by Prashant Kishor, Mamata’s strategist and adviser. The BJP’s showing belied the claims made by its top leadership that it would win over 200 seats and make history. The TMC’s campaign was largely reactive, in contrast to the BJP’s agenda-setting proactivity and poll leviathan.

In Tamil Nadu, the other significant state from the viewpoint of parliamentary heft, the Dravida Munnetra Kazhagam (DMK) returned to power after 10 years with a comfortable majority, although its opponent, the All India Anna DMK (AIADMK), was not entirely overcome by anti-incumbency. The election was remarkable because there were no towering leaders staring down the political landscape. The DMK was helmed by MK Stalin, the legendary M Karunadhi’s heir, who after trial and error, remobilised a cadre demoralised by successive defeats, bought peace with the extended family that includes his half-sister and Thoothukudi MP Kanimozhi and sidelined his own brother, MK Alagiri, who once ruled over south Tamil Nadu but has since gone into a shell. Stalin has none of Karunanidhi’s oratorical prowess but he stayed the course for 10 years. He also tapped regional sentiments over the perceived imposition of a homogenous culture, shaped by north India, which to the Tamil Nadu voter means Hindi being forced down his throat. Here’s where the AIADMK found itself vulnerable. Although the Edapaddi K Palaniswami government was wedded to welfarism, the bedrock of Tamil Nadu politics, and won over a sulking ally, the Pattali Makkal Katchi (PMK), by announcing a sub-quota in reservation for the powerful Vanniyar caste, the AIADMK lost for another big reason. Palaniswami and his deputy, O Paneerselvam, were seen as kowtowing to the Narendra Modi dispensation to buy stability for their government that became a tad shaky after the death of party supremo J Jayalalithaa. What the AIADMK earned by goodwill for its welfare measures was undercut by popular resentment against the BJP that was critiqued for bringing in the CAA, allowing fuel prices to spiral, forcibly imposing NEET (which the DMK promised to end in its manifesto) and propagating the use of Hindi. The BJP has established a strong foothold in West Bengal but cannot take even baby steps in Tamil Nadu.

The BJP kept Assam and enhanced its lead over the Congress since 2016. The BJP took comfort from the fact that its victory was largely self-made because its ally, the Asom Gana Parishad (AGP), underperformed. There is speculation whether Sarbananda Sonowal will return as the chief minister or make way for the BJP’s North-east strongman, Himanta Biswa Sarma, who is called the architect of the comeback.

One of the key takeaways of these polls is the inability of the Congress to revive itself. In Kerala, the United Democratic Front (UDF) was eclipsed by the ruling Left Democratic Front (LDF), bucking an established trend in a state whose electorate never returns an incumbent. The UDF turned in an impressive performance in the Lok Sabha polls, ostensibly gaining traction by Rahul Gandhi’s decision to contest from Wayanad. The Congress failed to not only build but retain the gains from 2019, emanating in one part from the perception that its Kerala big leaguers were at daggers drawn. Its ally, the Indian Muslim National League, which the UDF counted on to bring in the numbers from north Kerala, tripped up. The Gandhis counted on Kerala as a face-saver but that did not happen.

In Assam — where the Congress lost a formidable leader in Tarun Gogoi and was unable to groom a successor — the party hoped to have a shot at power by stitching a ‘grand’ alliance with the All India United Democratic Front (AIUDF), the Bodoland People’s Front, the Left parties and the Anchalik Gana Morcha. Although the AIUDF principally represents the Bengali and Assamese-speaking Muslims, and hence lays itself bare to the charge of being ‘sectarian’, the Congress took the gamble of partnering it to consolidate the minority votes. Clearly, the gamble didn’t pay.

The Congress lost a government in Puducherry to the NDA. It was barely visible in West Bengal where it tied up with the Left Front and the Indian Secular Front. The ‘third front’ ran a campaign that consistently assailed the TMC and ignored the BJP, hoping to split the Muslim votes. Evidently, West Bengal’s sizeable number of minority voters rallied lock, stock and barrel behind Mamata.

With the Congress being a straggler in the race, questions will be asked on whether Rahul will finally rise forth to lead the party. However, from the perspective of the next Lok Sabha polls, the prospect of a federal front looks more real than before, with Mamata’s historic victory and Stalin lending heft to it. The states have spoken against the BJP.