Seize the moment : The Tribune India 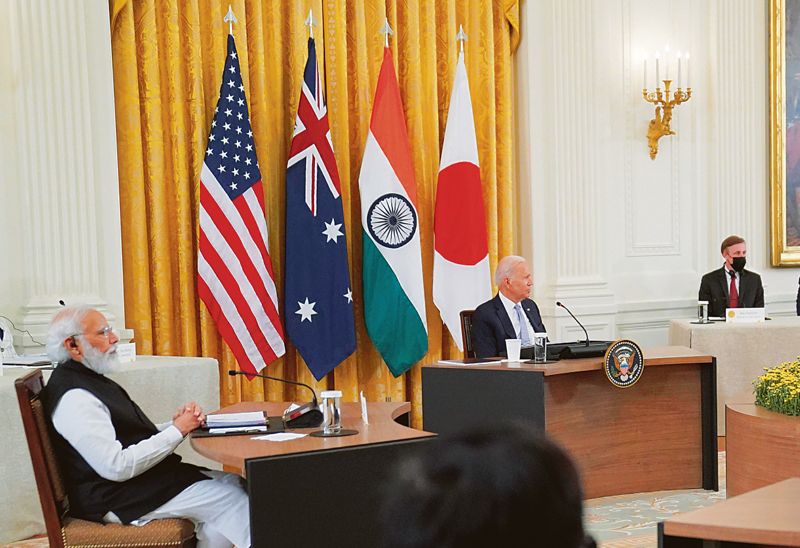 Path to power: India needs to get back on a high growth trajectory. AP 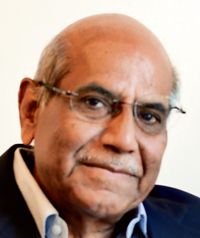 An independent group of economists, academics, security analysts and former diplomats, including this columnist, held a series of interactions over the past year to chart out a trajectory for India during the current decade. The result of our deliberations is a discussion paper which was released on October 2, entitled ‘India’s Path to Power: Strategy in a World Adrift.’ The key premise of the paper is that we are living through a period of rapid geopolitical, economic and technological shifts which has heightened risks and uncertainties for India’s policy-makers and has also created new opportunities for the country to enhance its economic prospects and its diplomatic options. The current decade will be critical to determining India’s ability not only to preserve its strategic autonomy but also to expand it. Strategic autonomy refers to the capacity of the state to make relatively independent choices on issues of vital interest to the country and this is the hallmark of a great power.

Atmanirbhar Bharat must not mean a relapse into a high-cost and low-quality economy that prevailed before the 1990s.

An indispensable requirement to charting India’s path to power is getting the country back on a high growth trajectory. It is the substance of economic muscle rather than mere posture of strength which will expand room for manouevre in an era of geopolitical contestation. This requires not only sustaining but also expanding the outward orientation of the economy and its becoming part of both regional and global supply chains. Atmanirbhar Bharat must not mean a relapse into a high-cost and low-quality economy which prevailed before the 1990s. India’s future as a great power requires its integration with the regional and global economy and India must position itself as the engine of growth for the entire subcontinent. The Neighbourhood First policy needs to be underpinned by regional economic integration and SAARC should be utilised as an important platform for achieving this, even if Pakistan does not cooperate. Sidelining SAARC carries the risk of other member countries inviting China to be a full member which will only serve to complicate the security challenge for India. China has already set up a grouping consisting of Afghanistan, Pakistan, Nepal and Sri Lanka for cooperation with China on regional connectivity and development. India could become a preferred partner to its South Asian neighbours in their pursuit of social and economic development, drawing upon the advantage of proximity, the size of the Indian market and the deep cultural affinities that bind the people of the subcontinent together.

India is at a stage of its development cycle when it needs large infusions of capital and technology. India can leverage its benign partnerships with the key knowledge and financial centres of the world, in particular, the US, Europe and Japan, to build a stronger and modern economy. The evolving geopolitical situation places India in a sweet spot because of concerns about a rising challenge from China. Recent domestic developments in China, with growing hostility towards its hitherto vibrant private sector, is raising uncertainties and fears about the safety and viability of western investment in China. India’s economy alone offers a scale comparable to China. This would help transform India into one of the most dynamic and modern economies by the end of the current decade. The critical policy decisions to achieve this must be taken now.

The paper acknowledges that China will remain the biggest challenge for India in virtually all metrics of power. The collusion between China and Pakistan has acquired an even greater salience due to the recent withdrawal of US troops from Afghanistan and the Taliban takeover of the country. India’s strategy to meet this collusive threat needs a review. There is no option but to raise the level of military preparedness on our land frontiers but leveraging, in parallel, the country’s maritime assets and its partnerships with other naval powers in the Indo-Pacific, including through Quad.

Most of the challenges that confront the country are global in scope and not amenable to national or even regional solutions. These include public health challenges such as the Covid-19 pandemic that is still ongoing and the impending threat of global climate change which may have catastrophic consequences. These demand global and collaborative responses infused with a spirit of internationalism. India has a tradition of supporting multilateral institutions and processes and can play a leadership role in reviving them. This will mean reorienting India’s foreign policy towards mobilising the large constituency of emerging and developing countries with which India shares concerns and interests on a large number of issues. This also points to the importance of India’s traditionally close relations with Russia and Iran. These include the growing salience of cyber security and data privacy and the regulation of advanced technologies such as Artificial Intelligence.

India possesses a great asset in its visionary and liberal Constitution as a guidepost to the country’s destiny as a great power. It draws upon India’s civilisational attributes while envisioning a modern and democratic society. It commits the state to extending security, health and education to all its citizens through policies that are inclusive and egalitarian. The individual rights and duties inscribed in the Constitution recognise the immense diversity of India as one of its greatest strengths, with citizenship transcending but not rejecting individual or community identities. It is these intrinsic national strengths which convince the authors that India is the only country which in terms of area, size of population and scientific and technological capabilities can match, and even surpass, China and emerge as a parallel civilisational state, as has been the case through most of recorded history.

The paper is an independent contribution to a national debate on issues that are fundamental to the future of India.