Setback to US society, polity 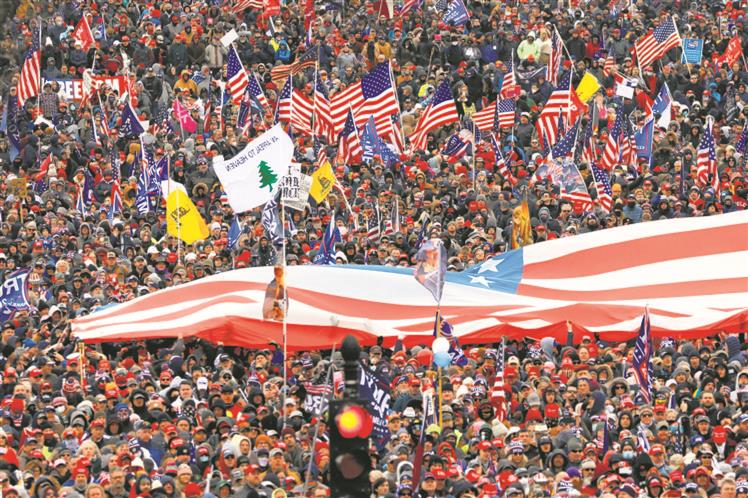 THE SPLIT: America’s ills lie in the inability of the political class to address the multifaceted turbulence brought about by multiple transitions. Reuters 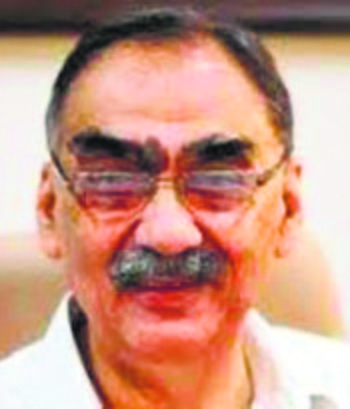 On January 6, President Donald Trump’s supporters attacked and vandalised the Capitol, the seat of the US national legislature. More than a day after this disgraceful event he finally accepted defeat. In a recorded video message, Trump said, “My focus now turns to ensuring a smooth, orderly and seamless transition of power. This moment calls for healing and reconciliation.” He should have spoken these words two months ago when it had become clear that Joe Biden had won the November 3 presidential election. Even now, graceless as ever, he could not get himself to take Biden’s name, leave alone congratulate him. He later announced that he will not attend Biden’s inauguration—so much for “healing and reconciliation”.

As long as Trump is permitted to remain a viable figure in the country’s politics, Biden’s efforts to contain America’s many agonies will face a great hurdle.

America’s ills go far beyond Trump’s lack of courtesy; they also go beyond Trump’s overall obsessive personality, though it largely contributed to the denouement on January 6 afternoon in Washington. They lie in the inability of the world’s most important country’s political class to effectively address the nation’s enormous, multifaceted and ongoing turbulence brought about by the multiple transitions which have split America. Much of this is also, but not entirely, on account of the expanding breadth, depth and swiftness of technological change which is leaving millions in America, and indeed elsewhere, unable to personally and professionally cope with changing realities.

Trump tapped into these anxieties to win the 2016 elections and sought to address them over the past four years. For this purpose, he pressed his “America first” and “make America great again” programmes, but in a manner that stoked fears, including against immigrants, especially from Islamic countries. Instead of promoting the path of opening of minds through education and asking his supporters to improve skills to handle competition, Trump perpetually raised the spectre of loss of jobs and compromised American ways of life. His constant refrain, whether on trade or on security issues, was that America was being cheated by many countries and that his liberal domestic rivals were unmindful of US interests as of the nation’s values.

Trump’s rhetoric and some of his actions seemed bizarre to many Americans and the country’s allies but they resonated with his constituency. The Republican Party leadership did not seek to rein him in during the four years of his presidency, especially with the economy doing well. This latitude emboldened Trump further. Thus, after the elections, when Trump said he was cheated and called the election a fraud and went to court after court to overturn the result, the party leadership did not denounce these efforts and pressure Trump to accept the result and begin an orderly transfer of power. Hence, if Trump is to blame, so is the Republican leadership that did not stand up to him in fear of losing its base among voters who thought that Trump was doing right by the country. Indeed, some Republican Senators and Congressmen voted against accepting the results of some states during the

January 6. In doing so, they went against a well-settled convention as Congressional endorsement of the election result is a mere formality.

Many Republican leaders are turning against Trump after the events of January 6. They are now asserting that “enough is enough”. The fact is that it was so when Trump first cast doubts on the credibility of the election. It was also so when Trump was trampling on well-established ways of American politics. As his demagogic ways fed the insecurities of the anxious and the right-wing and ensured their support, the Republican Party ignored the damage he was doing to society and polity through his divisive agenda. Indeed, they did not pull him up for his disastrous mishandling of the country’s response to Covid-19 by advancing strange views, ignoring warnings and disparaging science.

As President, Biden will attempt to bridge the many divides. He will return to the traditional ways American Presidents conduct themselves domestically and abroad. But the US is so divided that he will not find it easy to heal the fractures in society and polity. Nor will it be easy to reconcile the interests of those who gain from the new technologies and those who think they do not. The latter would like him to maintain Trump’s policy on trade and American manufacturing and protect their interests against immigrants. Biden will have to address all this in the midst of the pandemic, which, despite the beginning of vaccinations, will continue to cast a long shadow. Fortunately for the US and the world, Biden, unlike Trump, will take the pandemic seriously and most likely foster global cooperation to combat the virus through the WHO.

Not only sections of the American people will have great expectations from Biden to take the country to calmer waters, but also the world would look up to him to put an end to the unpredictability in policy which had become Trump’s hallmark. American allies have watched the attack on the Capitol with great consternation. They will now be looking to Biden to adopt consensual approaches on global issues through reversing Trump’s decisions on inter alia climate change and Iran. With both the Senate and the House of Representatives in the control of the Democratic Party, there will be high expectations that Biden will be able to push his globalist agenda through the Congress.

Trump is not going to go quietly into the sunset. He will continue to stoke the emotions of the faithful and will get a response. That fear is leading some Democrats to want to impeach him so that he cannot aspire to become President again. As long as he is permitted to remain a viable figure in the country’s politics, Biden’s efforts to contain America’s many agonies, not easy to begin with, will face a great hurdle.