Should look Indian, too

Citizenship prerequisite is being taken to an absurd level 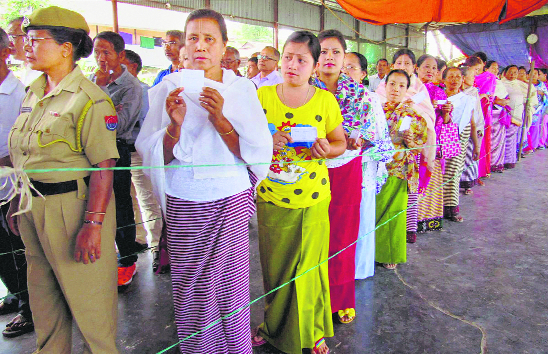 Strange logic: Residents of Sikkim may be suspect because they all ‘look Nepali’. 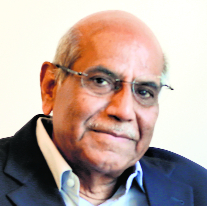 We must thank the alert official in the Regional Passport Office, Chandigarh, for truly imbibing the spirit of the CAA-NPR-NRIC trilogy in raising doubts about the nationality of two young applicants. He rightly suspected their bona fides because as he reportedly said, they ‘look Nepali’ and hence may not be Indian citizens! They were asked to get ‘citizenship certificates’, a document that one doubts most Indians are aware even existed. Here again we must thank the RPO official for educating us about this very important document which apparently the Home Ministry issues on the basis of an application through the Deputy Commissioner, the ‘proper channel’, as is known in bureaucratese. This document apparently requires a birth certificate as proof which, as in this case, the poor applicants did not possess. Their voter ID was not sufficient proof, even though by law only Indian citizens can be registered voters. So, the government may not honour documents issued under its own authority. The authorities were generous in issuing the provisional passports but the ‘verification process is on’. But the most important contribution which the patriotic official has made is by introducing a most clinching criterion for determining Indian nationality. You must look Indian. To reduce any ambiguity there may soon be legislation on what a quintessential, true-blue Indian looks like, or, more accurately, what he must not look like. She cannot be ‘slit-eyed’, for that could suggest saboteurs from the North. She must not be curly-haired because that could suggest someone from the Dark Continent. She must not be too fair, or too dark, both of which may suggest foreign origins. The ‘wheatish complexion’, a favourite in our matrimonial columns would be the ideal. Eyes must be shades of brown. Other shades should be cause of suspicion. The whole population of Sikkim may be suspect because they all ‘look Nepali’.

The absurdity should alert us to the slippery slope on which we find ourselves as a nation. This was meant to be a country that celebrated its immense diversity, where its history of migrations, invasions, conquests, resistance and accommodation, breathed life into a uniquely rich, accommodating, creative and confident culture whose every strand drew meaning from the other woven beside it. You start to draw out even a single strand from this fabric and the whole may begin to unravel into a pile of useless threads. The unravelling begins when ancient battles must be fought again, when the sins of the fathers must be visited upon their children, when curiosity is replaced by hostility and when our field of vision, both as individuals and as nations, becomes more and more narrowly focused.

Indians are ethnically the most diverse people in the world, and are becoming more so. Trying to construct an artificial ethno-nationalism based on a Hindu identity is a fool’s endeavour and the RPO official’s reaction to applicants who ‘look Nepali’ is eloquent evidence. I am Indian because I feel Indian in every strand of my being, in every breath I take, not subject to what I wear, what I look like, whether I sport a beard or have henna in my hair. I abhor the idea that this now needs a certificate of authentication. We should all abhor the idea that citizens of the country have to run from pillar to post, as they are now doing, to obtain birth certificates. If birth certificates are to be made proof of citizenship, make it a prospective requirement, not a retrospective one. What happened to the Nepali-looking girls is a story which is being played and will be played in village after village, town after town, across this country, spreading fear, insecurity and anxiety in its wake.

The State, in a democracy, has no right to make its citizens abject supplicants for what is their inherent right. There have to be other ways to deal with illegal migrants. You cannot, in effect, put in place a system which in its practice puts the burden of proving citizenship on the citizen himself. This is abdication of responsibility by the State. It is for the State to identify who is not a citizen and treat the person in accordance with law. It is also not permissible for a government elected by the people, people who were able to vote on the basis of their voter ID, to now refuse to accept it as proof of citizenship. Only bona fide citizens are entitled to vote in elections. The voter ID cannot unilaterally be rejected as proof of citizenship once it has been issued.

Assurances given by the government that in the launch of CAA, the ongoing NPR and the proposed NRIC (National Register of Indian Citizens), there would be no harassment since documents such as voter ID and Aadhaar card would be accepted, does not appear to be the case in practice. To dismiss opposing voices as fear mongering or spreading unfounded lies about CAA-NPR-NRIC, is a stubborn refusal to acknowledge this reality. It would be wiser for the government to engage in a genuine dialogue with political parties, civil society, students and other segments of society, to understand the widespread concerns that the recent legislation and its intended aftermath have engendered and address them with a humility that one expects of a government elected by the people and for the people.