Siachen demilitarisation not worth the risk : The Tribune India

Siachen demilitarisation not worth the risk

The Army Chief talks of the possibility of ‘demilitarisation of the glacial region in Siachen’, subject to Pakistan authenticating troop deployment along the 110-km-long Actual Ground Position Line. Now, here again comes the reliability factor. Is Pakistan or China known to adhere to diplomatic commitment? Can India really take a chance? 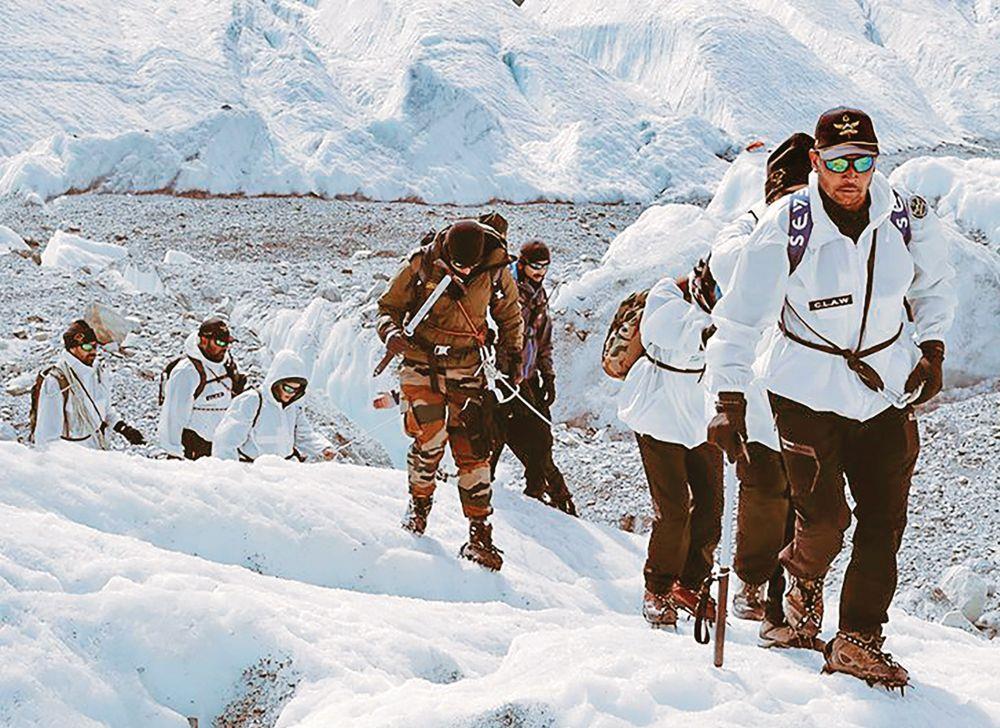 This is a contrarion view to the plea for demilitarisation of Siachen by some defence personnel and diplomats. These proposals, by implication, mean withdrawal from the forbidding heights of the formidable terrain of Siachen, which India always claimed to be her land.

Understandably, every Indian is entitled to his own view. However, the bottom line is that Siachen shouldn’t be seen or acted upon in isolation. It is to be dealt with on a bigger canvas, in the overall strategic perspective of the state. It cannot be plucked from nowhere and acted upon as a knee-jerk reaction.

Siachen has been and still is part of the physical geography of the independent state of Jammu & Kashmir since June 1947, which acceded to India in October 1947. However, after the first Kashmir war between India and Pakistan in 1947-1948, the location didn’t find a place in the de facto demarcation, resulting in the Line of Control (LoC). Nevertheless, that doesn’t, in any way, take away the reality that Siachen was, and is, an integral part of Jammu & Kashmir which became a legal territory of India. In a way, Siachen continued as “No man’s land” from 1947 to April 1984, when then Prime Minister Indira Gandhi ordered the Army to take its physical possession. Being an astute geopolitical strategist, she was aware of the adage that land “empires” like China, Russia and Britain in their “expansive phases, pushed out their frontiers until they meet with resistance...of a physical barrier which makes a natural point of rest.”

That was during the era of imperialism. The classic example today, however, is the expanding territorial ambition of Communist Party of China (CPC) and its “estate-state Pakistan”. Unfortunately, India stands as the stumbling block and stubborn sentinel of the snowy heights in their aggressive design.

Understandably, having learnt lessons from the 1962 CPC hammering and Pakistan’s ceaseless assaults since 1947, India just can’t take chances pertaining to her territorial integrity, safety and security owing to numerous historical reverses at the hands of foreign invaders.

At high altitude too, India cannot be slack irrespective of the price it has to pay for eternal vigilance. Nevertheless, this business of high altitude has often divided the Indian establishment. There now exist two schools of opposite thought: One arguing against the high cost and casualty of the high hill deployment; and the other, harping on foreign invasions, traditional and the chronic failure of the Indian rulers to protect the border and the contemporary hostile China-Pakistan axis. No wonder, Siachen intermittently crops up with totally avoidable both “for-and-against” public discourse.

An unpleasant glimpse of India’s “behind the scenes” Siachen manipulations can be had from The Accidental Prime Minister, written by a former adviser to then PM Manmohan Singh. “Defence Minister Antony was politically conservative and risk averse and depended excessively on the advice of IAS officers, inexperienced in strategic policy and defence... To add to this, Dr Singh had to also contend with the declining quality of defence services leadership... For me, the first sign of this decline was evident in the manner in which the Army chief... dealt with the Siachen issue. In closed-door briefings, the General would say that a deal with Pakistan was doable, but in public he would back Antony when the Defence Minister chose not to back the Prime Minister.”

Just how bizarre an Indian establishment scenario could possibly be! The incumbent Army chief too talks of the possibility of “demilitarisation of glacial region in Siachen”, subject to Pakistan authenticating troop deployment along the 110-km-long Actual Ground Position Line (AGPL). Now, here again comes the reliability factor. Is Pakistan or China known to adhere to diplomatic commitment? Can India really take a chance? After being at the receiving end for more than seven decades of ceaseless aggression resulting in irretrievable and irreversible territorial loss? Is the Indian establishment dead sure that a demilitarised zone (from which troops have been/or will be withdrawn) won’t be filled up by either of the China-Pakistan axis?

Interestingly, aside of the present Army chief, a former diplomat and a senior Army officer too appear convinced that “Siachen is a most inhospitable theatre and the extraordinary human and material costs...would justify a review”. In the Army officer’s view, too huge an expenditure has been given as one of the prime reasons to take a step back to avoid casualty and save cash.

In an ideal condition, one could be happy to endorse the stand of wise counsel. Nevertheless, there exist two serious supplementary issues too. First, isn’t India already facing a crisis of sorts on the Ladakh front, pertaining to demilitarisation and futile military talks on status quo ante bellum?

India has stepped back. But have the Chinese reciprocated? No, not yet. And there’s nothing to show that either status quo ante bellum or the retreat of the Chinese will happen in the foreseeable future.

So, Siachen isn’t a routine military expenditure on a limited but hazardous and tactical battlefield in inclement weather. Siachen is directly linked to the Constitution of India also. No doubt, Siachen posts haven’t yet been vacated, but if one goes through Articles 1 and 3 of the Constitution, one would get the answer pertaining to its demilitarisation. The Constitution only allows “acquisition” and “accession” of “territories” and not “cession”, even if it is referred to as withdrawal.

In fact, there exists a strong possibility of the vacant Indian plot (notwithstanding its height and location) getting lost. If so, that will surely create a repeat of the 1966 Tashkent-type humiliating scenario in which despite winning its own land of Jammu and Kashmir from the Pakistan army, the then Prime Minister and his diplomatic entourage succumbed to a third-party host and relinquished Delhi’s inalienable and sovereign right over its own land.

Ironically, if India’s consistently principled Jammu & Kashmir stand is that it’s her territory, then what’s the logic of even a single inch of the territory to go out of her hand? Shouldn’t Delhi take a cue from the Dragon’s stand: “Not a single inch of Chinese territory will be ceded to anyone,” and that Taiwan is an integral and inviolable “part of China”?

One regrets to state that no matter which political party is in power, Delhi can’t be seen in a state of being weak, vacillating, compromising, oscillating and benevolent in a narrow sense. In border management, border has got to be dealt with as border by a sovereign India, irrespective of its position, location, height, area, weather, climate, connectivity or expenditure. No nation can aspire for greatness if it fails in peace-time territory/border management. Deployment for borderland protection, therefore, is a pre-requisite for the sovereign existence of a nation-state aspiring for a place under the sun.