Signs of a plutocracy

The bulk of assets with the ultra-rich who make up top 0.3% of our population 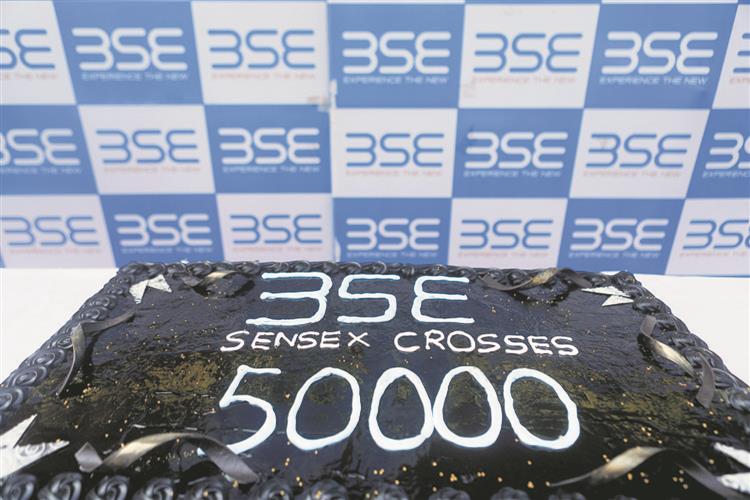 Skewed: What we are currently seeing in India is lack of demand and low GDP growth, but a stock market boom. file photo

RUPERT HOOGEWERF, better known by his Chinese name Hu Run, went to Eton College, a school for the rich and the well-heeled. It is fitting therefore that he should track the rich in China and India. His latest Hurun Wealth Report for India paints an interesting picture of the direction India’s economy has taken.

The report also identifies a category called the ‘new middle class’. These are families which earn at least Rs 50 lakh per year and save an average of Rs 20 lakh out of that. One could assume that most of these would be households where at least one member works in the upper management private corporate sector. Most of these would be the bigger companies, which pay relatively high salaries to their middle and senior management. A mid-to-senior level manager would end up with a pay packet of Rs 50 lakh or more, while top management salaries would run into several crores per year.

The entire class of affluent and rich families, who make up this top 0.3 per cent of Indians, derive their wealth stock from businesses, financial investments, real estate or high salaries. This is a typical picture of an economy where assets are highly concentrated and therefore there is a shortage of demand. Why should that happen? Simply because there’s a limit beyond which the rich cannot consume for the entire nation. Once you have bought two cars, you might buy another two. But what after that? You might put television sets in every room, but what happens when you have run out of rooms to spare? How many refrigerators is it possible for one family to buy?

On the other side, if the rest of the population doesn’t have enough income, all they can spend on is food, health and education. They will cut down on buying white goods, avoid buying homes on EMIs they can’t pay, run old vehicles that they bought in boom years, and defer all non-essential purchases. The rich will then only be able to sell to each other, whether it is products produced in their factories or homes and offices they own. Unable to get returns from shrinking businesses, they will invest in stocks and shares and real estate to get rentier income. Productive investments will flow into services that cater to the affluent – faster broadband, retail, real estate, interior designing, high-end restaurants and hospitality, and most importantly, banking and financial services. Manufacturing will lag because the rich do not buy Indian brands.

In such a scenario, we will see GDP growth faltering but stock markets shooting up. If the markets give good returns, HNIs will take out some profits and diversify their portfolio by investing in a second or third home. A slight uptick in the real estate market will lead to another peculiar trend. Many people who became HNIs during the boom years of 2003-08 are now facing a drop in their income flows. They are likely to monetise high-value real estate in the heart of top metros and move to the suburbs into swanky new condominiums, which cost less. This has a paradoxical impact – the old bastions of high-value realty begin to lose value and the suburbs see a revival.

This is what we are currently seeing in India – lack of demand, low GDP growth, dropping sales, higher corporate profits through reduced costs, accompanied by a stock market boom and pockets of revival in high-end real estate. And the corollary of this is concentration of wealth and income right at the top, dropping incomes for the wider middle class, lower returns from savings instruments due to falling interest rates causing hardships to retired senior citizens.

On the face of it, it appears to be an unsustainable situation. However, in reality such plutocratic economic systems have a very long shelf life. The rich continue to consume and invest in non-productive, rent-producing assets, while a vast majority of people adjust to reduced standards of living and lower income flows. A new generation of the middle class emerges which gets used to income and wealth inequality and adjusts its aspirations. A new ‘work ethic’ develops where people feel that it is their moral duty to work for low pay.

You have to only think of Japan to see this. It is a society where a vast majority of people live in tiny homes, eating cheap food and working long hours. Through all of this, they have invented a modern tradition of unquestioning service to the large conglomerates that employ them. It is the flipside of the intricate system of oligopolistic control of the economy by a few large corporates — zaibatsu, shinko-zaibatsu and the keiretsu. One can see a similar structure in South Korea’s chaebol system.

There are echoes of this philosophy in what the Niti Aayog chairman had to say late last year: ‘For the first time in India a government has thought big in terms of size and scale and said we want to produce global champions. Nobody had the political will and the courage to say that we want to support five companies who want to be global champions. Everyone used to say, “I want to support everyone in India, I want to get votes from everyone”.’ Perhaps this is a crucial glimpse into the Modi government’s mindset.