Suppression of scientific information or expert knowledge has serious ramifications for the application of science for the public good. It is not a matter of the right of an individual scientist or researcher to express views or share data but is related to the role of science in public policymaking as well as shaping an informed public opinion. 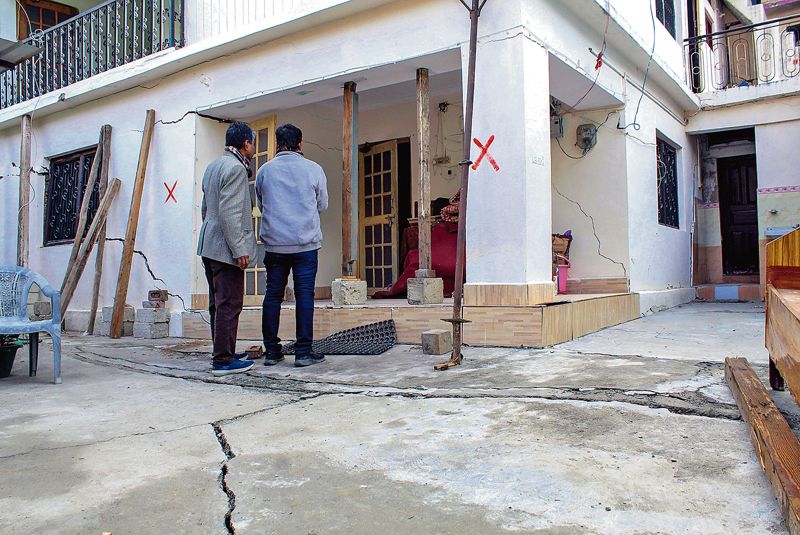 BRAZEN GAG: Scientific institutions have been told to keep mum on the Joshimath situation. PTI 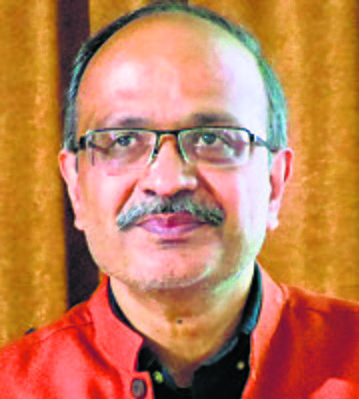 THE Joshimath crisis has laid bare another equally serious challenge — the slow subsidence of Indian scientific research councils and academic institutions. Their foundational ground of rational and independent thinking, new ideas and scientific discourse is slowly sinking. Like Joshimath town, which has been experiencing a gradual subsidence, the crisis in our scientific research organisations has been in the making for some time.

A significant flashpoint came on January 11, with the Hyderabad-based National Remote Sensing Centre (NRSC) — an arm of the Indian Space Research Organisation (ISRO) — coming out with a preliminary assessment of the Joshimath subsidence based on remote-sensing data. It reported the truth as seen from space — the town had sunk up to 9 cm between April and November 2022, and more rapidly between December 27 and January 8. It was the first scientific report that pointed to the gravity of the situation in Joshimath.

Instead of acknowledging the seriousness and accepting that it had failed to act in time, the National Disaster Management Authority (NDMA) issued a gag order on scientific institutions, telling them not to share any information or opinion on Joshimath with the public through the traditional or social media.

Among the scientific institutions asked to keep mum are not just the NRSC and ISRO but also research labs belonging to different scientific agencies — the Council of Scientific and Industrial Research, Department of Science and Technology, Ministry of Water Resources, Indian Institute of Technology-Roorkee as well as the Survey of India and Geological Survey of India.

The NDMA order is unprecedented and brazen. Neither the NDMA nor the Ministry of Home Affairs (MHA) under which it functions is the parent body of any of the scientific organisations being gagged. It is a political decision since the NDMA order mentions that it was taken at a meeting chaired by the Home Minister. Even if it was so, scientific agencies like the ISRO and CSIR are autonomous bodies (at least, on paper) and they are not under the MHA.

Only a few months ago, the Home Secretary transgressed his powers by calling a meeting of secretaries of all scientific departments and abolished hundreds of awards given to scientists and researchers in one go. The Indian Council of Agricultural Research recently warned working and retired scientists against deviating from the official position on genetically modified food. Those not following the diktat were warned of action against them.

Discussions based on scientific observations and the sharing of that information in the public domain should be encouraged. In many sectors, including remote sensing and earth observation, scientists routinely share data and publish findings in research journals, and present papers at conferences. The US National Aeronautics and Space Administration (NASA) has portals where remote-sensing data are regularly shared. The data on earthquakes anywhere in the world is available in real-time on the website of the United States Geological Survey. There are genetic sequence databases accessible to researchers from all over the world.

A part of the assessment the NRSC put out is based on imageries from the Sentinel-1 satellite of the European Space Agency (ESA). This satellite has a Synthetic Aperture Radar which helps it acquire data even through cloud cover and during day or night time under all weather conditions. The second part of the NRSC assessment is based on imageries from the Indian satellite, Cartosat-2S, which provides panchromatic imagery with a resolution of 0.65 metres. The NRSC must be complimented, not gagged, for coming up with the analysis using remote-sensing data from the ESA and ISRO. Shockingly, the NDMA finds the analysis as something that is “creating confusion among affected residents and also among citizens of the country.”

The discussion on the usability of the remote-sensing data is taking place in the context of Uttarakhand because its capital, Dehradun, is the birthplace of remote-sensing studies in India. It was here that the Indian Photo-interpretation Institute (IPI) was founded in 1966 as a result of an agreement signed with the Netherlands during the visit of Jawaharlal Nehru in 1957. The IPI functioned under the Survey of India and was subsequently transferred to the ISRO which was formed in 1969. It now functions as the Indian Institute of Remote Sensing under the ISRO.

This finding was at variance with the maps produced by the Forest Survey of India (FSI). The ISRO and NRSC (then known as the National Remote Sensing Agency), however, were not asked to keep shut. Instead, the FSI was made to incorporate the remote-sensing-based technique in its mapping process. This resulted in a far more accurate assessment of the forest cover over the years.

Suppression of scientific information or expert knowledge has serious ramifications for the application of science for the public good. It is not a matter of the right of an individual scientist or researcher to express views or share data but is related to the role of science in public policymaking as well as shaping an informed public opinion. Sharing of data, expert views or research papers can contribute to a healthy discourse on contested subjects, be it genetically modified foods, Himalayan ecology, substandard drugs, data privacy or antimicrobial resistance.

In a country like India with a vast network of research institutes, universities and academic centres with experts on a range of topics, differences of opinion are bound to surface. Such differences can be sorted out through healthy public debates on key issues with the involvement of scientists, academics as well as civil society.

In the 1980s, the Indian Institute of Science organised a debate between nuclear scientists and environmental activists at the height of the controversy on the Kaiga Nuclear Power Plant. Nowadays, research councils, academic institutions and science academies are shying away from such discussions. Their silence is encouraging the government to further erode their independence and autonomy.