Some economic hurdles crossed, many ahead : The Tribune India

Some economic hurdles crossed, many ahead

One key economic challenge that India faces is how to get the better of China. On the agricultural front also, it faces a big challenge. The productivity of farm workers is low and job seekers keep migrating to urban areas. Moreover, India has one of the lowest female labour force participation rates in the world, behind even those of Bangladesh and Sri Lanka. 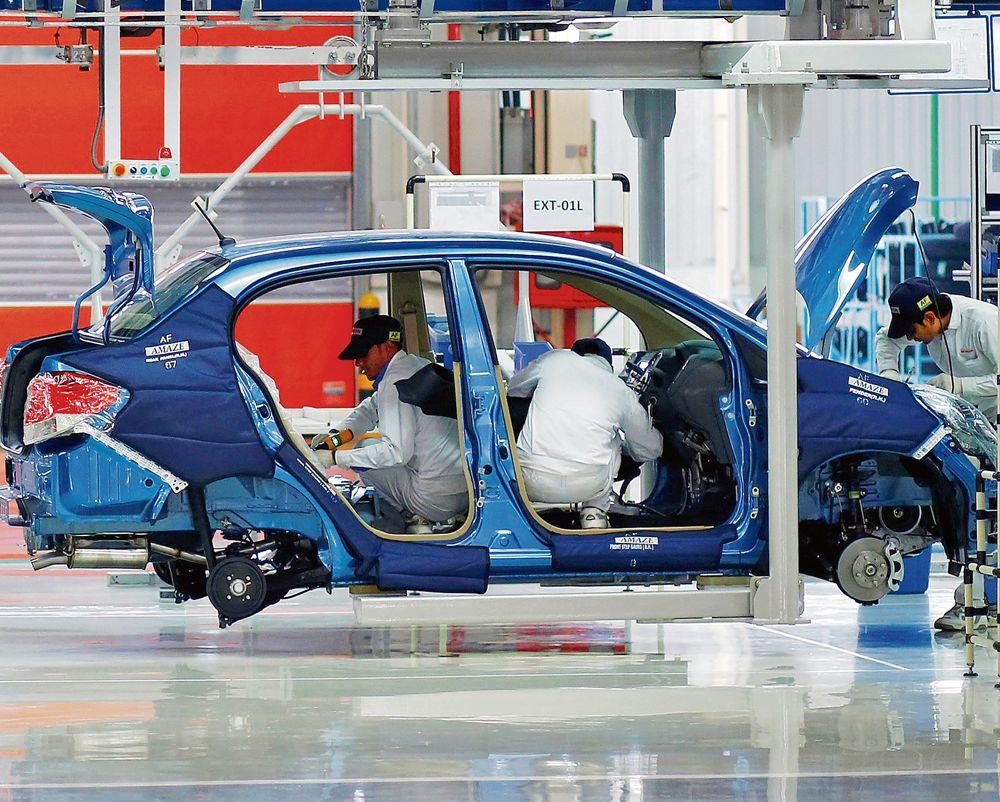 Big break: The new policy in the ’90s led to a spike in manufacturing output & exports. Reuters

While the GDP has gone up by 88 times, the head count has gone up by just four times. So, obviously Indians, on the whole, are much better off, even after allowing for inflation. But the point is, how is this income distributed? If it is skewed, as is the case with a small sliver at the top enjoying an inordinately large share of the country’s total income, then that does not speak positively about the level of well-being of a good number of Indians.

Recent figures (2021) indicate that the top 10 per cent earn 57 per cent of the national income whereas a good half of all Indians, the bottom 50 per cent, earn only 13 per cent of the national income. Thus, looking back over the last 75 years, India has come a long way — the size of the cake is many times larger — but there is still a long way to go before we can say that all Indians earn a level of income that allows them to live with dignity.

In terms of economic policy, two major breaks stand out since 1947. First, till the 1960s, India suffered periodic bouts of food scarcity when a truant monsoon or an excessive flood played havoc with the food output.

It is from the 1970s, when India began to enjoy the fruits of the Green Revolution, that there was enough food for all. The Green Revolution was made possible by miracle seeds brought from outside which were adapted by Indian scientists to suit local conditions.

It marked the end of the “ship-to- mouth” existence, whereby the vessels carrying grains from the US under the Public Law 480 (PL-480) programme kept Indians away from hunger. Today, India is a major exporter of food and with enough of buffer stocks to tide over output loss from bad weather (heatwave), as has happened earlier this year.

The other major break came in the early 1990s after a huge foreign exchange crisis. This was the result of the pursuit of economic policies in post-independent India that sought to simultaneously promote Gandhi’s idea of Gram Swaraj, cottage and small-scale industries and public sector-led large-scale industrialisation under planning in imitation of the Soviets which was supported by Nehru.

The payments crisis led to the introduction of new economic policies which said goodbye to industrial licensing and foreign trade controls, resulting in a significant growth in manufacturing output and exports. Today, in terms of purchasing power parity, the Indian economy is the third largest in the world. In terms of US dollars, the Indian economy is the sixth largest in the world, after the US, China, Japan, Germany and the UK.

In order to get an idea of how far the Indian economy has progressed, it is useful to compare it with China. India and China are now strategic adversaries. They have similar populations and started their independent journey around the same time: the late 1940s. While India was able to ward off starvation with the US wheat, China met with a severe setback and agricultural disruption as a result of the “Great Leap Forward” which cost 30 million lives due to starvation.

China’s economic reforms started in the late 1970s after the death of Mao Zedong with the ‘four modernisations’ (in agriculture, industry, defence and science and technology) that hugely improved agricultural output and incomes and created a large demand for manufactured products.

What is the economic scenario and challenges that lie ahead as India celebrates the diamond jubilee of its independence? Even if we assume that the Covid pandemic and Ukraine war are behind the country without having caused major economic damage, one key challenge will remain: how to get the better of China?

The depth and complexity of China’s industrial setup is without parallel and even the US has just approved major funding to end dependence on Chinese manufactured components. An inadequate supply of semiconductor chips from China has slowed down car output in many countries, including India.

To overcome this, India has launched a major initiative named “production-linked incentive” under which global and Indian firms are being paid large subventions to set tput in a few years. But to facilitate this policy and ensure that there is a good domestic market for the new products like semiconductor chips, foreign trade restrictions have been introduced.

This looks like a step backward from the new economic policies of the 1990s which have stood India in good stead. Thus, being in a state of undeclared war with China does not augur well for ‘India after 75’, just as the 1962 war with the northern neighbour did a major damage to the economy.

On the agricultural front also, the country is faced with a major challenge. The productivity of India’s farm workers is low and there is a constant stream of job seekers to urban areas where the civic facilities do not exist for them to be able to live healthily. Plus, the level of involvement of women in jobs is low. India has one of the lowest female labour force participation rates in the world, behind even those of Bangladesh and Sri Lanka. Being unable to be gainfully employed as wage earners affects their social status.

The task ahead for India in the social sector is multidimensional. India needs a healthier and more educated workforce so that those seeking jobs can handle modern technology without which the economy cannot become more productive. What we are looking at is the need for quickly raising social sector spending for which currently the fiscal resources do not exist.

In discussing this scenario, we have made a major assumption that the Covid pandemic and the Ukraine war are behind us. But they are not. New variants of the virus keep spreading and imposing a cost on the economy in terms of man-days lost and health expenditure raised. As for the war, it has led to a global shortage and rise in commodity prices, which is upping the Indian inflationary levels and necessitating restrictive monetary policies. So, these challenges will have to be overcome first before the country can embark upon the two major ones.