Space for socialist politics in UP diminishing

The absence of Dalits from the main frame has been a shortcoming of socialist politics, whether it was led by Charan Singh or Mulayam Singh. Charan Singh’s advocacy of land reforms that went on to empower the Jats, an intermediate caste, accentuated the social divide between the Jats and the Dalits. For decades, the Jats would not allow Dalits to exercise their franchise. The Yadavs and Gujjars, who became big landowners, thanks to Charan Singh, lent their muscle to the Jats. The rise of the Bah

HOMECOMING: Beni Prasad Verma (right) returned to the Samajwadi Party in 2016 from the Congress and was happy with the Rajya Sabha berth he got. That is how Mulayam’s original team signed off in politics, with a seat in the Upper House or State Legislative Council. 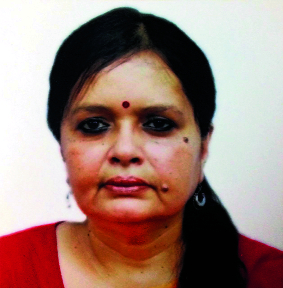 The recent death of Samajwadi Party (SP) leader Beni Prasad Verma further shrunk the diminishing space for socialist politics in Uttar Pradesh. Unlike the various formations of the socialists — each of which held sway over its turf in its heydays — presently, this genre of politics is represented solely by the SP founded in October 1992 by Mulayam Singh Yadav. The saga of the amoeba-like socialist units, that were essentially birthed and fostered by the ideologies and politics of Acharya Narendra Dev, Dr Ram Manohar Lohia and Chaudhary Charan Singh, is relegated to history, although at one time, regardless of their shape and size, the organisms were vibrant and strong enough to not only survive, but also dictate the course of politics.

Verma was a founder of the SP among a galaxy, of whom three — Bhagwati Singh, Azam Khan and Reoti Raman Singh — remain to give company to Mulayam in the twilight of his life. Reoti Raman Singh remained in the Janata Dal of VP Singh and joined the SP later, after the JD’s fragmentation.

The founding cast also had Janeshwar Mishra, Ramashankar Kaushik, Mohan Singh, Brij Bhushan Tiwari, Ram Saran Das, Harmohan Singh Yadav and Kapil Deo Singh. The last was the only exception in the UP line-up because he belonged to Bihar.

It’s notable that even as the SP was born of a profound social churn, caused by the empowerment of the backward castes or the Other Backward Classes (OBCs), whose agency was the Mandal Commission, it attracted leaders of all castes and communities. Mishra, Kaushik and Tiwari were Brahmins, Das was a Gujjar and Mohan Singh was a Rajput, as also Bhagwati Singh. Verma was a Kurmi from the Avadh region.

The fact that the SP — that broke away from former Prime Minister Chandra Shekhar’s Samajwadi Janata Party — was helmed by a Yadav did not bother any of them, although Verma had exhibited a sense of pique when he stayed away from the party’s launch on the first day in Lucknow. His ire, that was quelled by Mulayam, was not for reasons of caste but the apprehension that he could be overshadowed by an assemblage of comparably powerful personalities.

Intrinsically less motivated by ideology and more by an appetite for power and the recognition of caste as a prime mover of UP politics, Mulayam was aware of Verma’s importance as a Kurmi, an OBC sub-caste, that, although less visible, was as influential as the Yadavs. He figured out that if the SP had to register a pan-UP mark, he must regroup all the OBCs, especially when the then up-and-coming Bharatiya Janata Party (BJP) sharpened its caste reflexes and actively sought out the backward cards to discard its upper caste baggage.

This was also the reason why, despite a bitter fallout with VP Singh in 1991, he allowed entry into the SP to Reoti Raman Singh, a tad grudgingly, in 1993. Singh is an upper caste Bhumihar who commands some influence in the Allahabad region.

However, the post-Mandal caste realignment did not find a place for the Dalits. The absence of Dalits from the main frame has been a shortcoming of socialist politics, whether it was led by Charan Singh or Mulayam. Charan Singh’s advocacy of land reforms that went on to empower the Jats, an intermediate caste, accentuated the social divide between the Jats and the Dalits. For decades, the Jats would not allow Dalits to exercise their franchise. The Yadavs and Gujjars, who became big landowners, thanks to Charan Singh, lent their muscle to the Jats and formed a wall against the Dalits.

The emergence and rise of the Bahujan Samaj Party (BSP) considerably altered the equation, indeed to the extent that before the 1993 Assembly elections, Mulayam admitted to his associates that he could not dislodge the BJP without the BSP’s help. Help came, thanks to BSP founder Kanshi Ram’s extraordinary willingness to build amoral alliances and carve a niche for Dalits in power politics.

Verma was never happy with the BSP alliance because he wanted to work on a coalition minus the Dalits. To him, the Rajputs and Jats were workable collaborators, but not the Dalits. He was convinced that there were historical contradictions between the aspiring OBCs and the dispossessed Dalits and socio-political equivalence was impossible to achieve. In hindsight, he was possibly right because the SP-BSP partnership never checked the Yadavs from inflicting atrocities on the Dalits.

A remarkable feature of the original SP was that the founders could speak their minds out to Mulayam. His family was on the party’s periphery, so he leaned more on the leaders of socialist vintage. When Amar Singh, of whom little was known when he was in the Congress, enlarged his footprint in the SP after introducing Mulayam to corporate India and Bollywood and inducing a lifestyle transformation in him, Verma, Mishra, Das and Kaushik were among those who warned Mulayam against him.

In 2009, a disgruntled Verma, unable to brook Amar Singh’s overweening hold over Mulayam, joined the Congress. He demonstrated to Mulayam what he was electorally capable of. For the first time, he overtly played the caste card, appealed to the Kurmis to transfer their votes from the SP and the BJP to the Congress and succeeded. In the 2009 Lok Sabha elections, the Congress posted its best ever performance in UP in years, winning most of the seats in the Kurmi-dominated pockets.

Of the socialists, it is famously said they cannot co-exist or live apart for long. Verma returned home to the SP in 2016. He had moved on in age and fallen ill. He was happy with the Rajya Sabha berth he got. That was pretty much how Mulayam’s original team signed off in politics: with a place in the UP Legislative Council or the Upper House of Parliament. Like him, the fire in their bellies was gone.