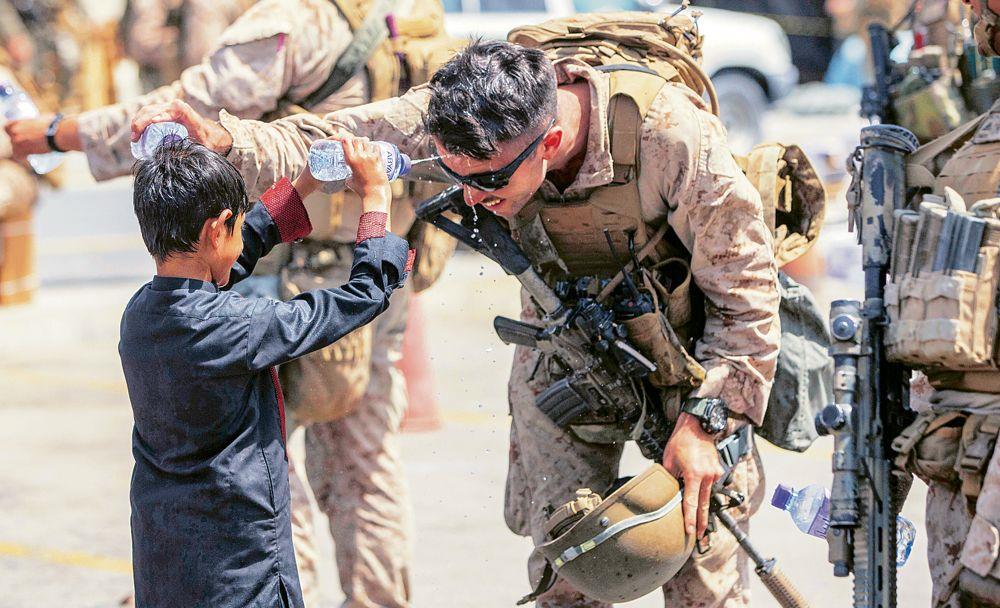 Take it slow: A marker of the change in geopolitical environment in Afghanistan is how the Sino-US consensus on Pakistan as a key regional actor has weakened. AP

The withdrawal of US and NATO forces from Afghanistan exposes India to enhanced security threat both from China and Pakistan. The point of vulnerability has always been J&K, which has spaces contested both by China and Pakistan and whose collusion has been an anticipated contingency. Let us sketch out a possible scenario in the wake of recent developments in Afghanistan.

If Afghanistan achieves relative, if sullen, stability under the Taliban, China will acquire greater strategic depth rather than Pakistan. It will help consolidate its primacy in Central Asia, succeeding to the mantle of Soviet Central Asia. This may provide, or so the Chinese hope, a protective shield for the vast territories of Xinjiang and Tibet, where ethnic and religious identities have not been extinguished and perceived dangers remain salient. There is likely to be a Chinese version of an Af-Pak strategy because the two theatres are now interlinked. The Pakistanis have ensured this. The prism through which China or other regional actors look at Afghanistan will now have an inseparable Pakistan dimension. By projecting that it is the most influential actor in Kabul and its new rulers are its proteges, Pakistan may now have to own up to its responsibility for Afghan political stability and its cleansing of the country’s terror making machines under different labels. Distancing itself from the ills of Taliban Afghanistan may no longer be possible. China is already impatient with the failure of Pakistan to protect its personnel working on CPEC projects. This impatience may extend to the security of its personnel in Afghanistan, where its economic profile is bound to expand. The Russians and Iranians as well as other Central Asian republics bordering Afghanistan will have similar expectations since Pakistan is basking in its role as the guarantor of Afghanistan under the new dispensation. It is in India’s interest to highlight rather than contest this self-assumed Pakistani role because eventually, instead of enhancing Pakistan’s influence, it may well become a significant pressure point. One doubts that Pakistan will be able to manage the complex and fractious polity and society in Afghanistan any more than it has been able to do within itself. If China has to then expand its role both within Pakistan and Afghanistan to compensate for the inability of Pakistan to safeguard Chinese interests, the ‘graveyard of empires’ may well haunt China. The wages of extended empires are not confined to the Americans. The logic of extending an empire, equally, is not an American or western monopoly. So the Chinese will have to extend their empire into Afghanistan because it is in the logic of their expansive interests. If they are inhibited in this respect, the unravelling of ambitions may set in at some stage. There is no steady state possible in empire building or in its unravelling.

A marker of the change in the geopolitical environment thrown up by the turn of events in Afghanistan is how the old Sino-US unwritten consensus on sustaining Pakistan as a key regional, and even global actor, has severely weakened, if not ended altogether. The importance of this change should be appreciated. Since the 1960s, whatever differences divided China and the US, support to Pakistan was a shared objective. China never objected to US military support to Pakistan. In 1971, during the Bangladesh war, it forged a virtual alliance with the US to safeguard undivided Pakistan. This commitment to Pakistan’s security and economic viability continued thereafter, though it may have started diminishing during the past decade. The US President has yet to take a call from Pakistan’s PM. China may now have sole ownership over Pakistan and that may prove to be a mixed blessing. Instead of having to face an enduring Sino-US compact on Pakistan, the US component may have been detached and this is to India’s advantage. This takes the decoupling of India from Pakistan to the US-Pakistan decoupling and the last thing we should do is revive the India-Pakistan ‘coupling’ because of domestic political calculations.

Looked at this in a longer-term perspective, the outlook for India may not be as bleak as it may seem at this time. Rather than contesting Pakistani entanglement with Afghanistan, it may well be worthwhile to emphasise its symbiotic relationship with the Taliban, leverage its own claim to be the most influential actor in Kabul, hold it responsible for the good conduct of its proteges, preventing the country from becoming a haven for a variety of Islamic jihadi groups and their threats to its neighbours. And, in turn, hold the Chinese responsible for the good behaviour of their ‘iron brothers’.

India is currently in a vulnerable situation. There is likely to be an uptick in cross-border terrorism as various jihadi groups receive a psychological boost from the Taliban triumph. We must expand resources devoted to our defence and counter-terrorism capabilities. Acknowledging that J&K is likely to become the frontline in this altered security environment, there is an urgent need to restore the democratic political process in the union territory, address alienation and revive its battered economy.

There is no hurry to decide on our posture towards the new dispensation in Kabul. Let us sit back and wait for the very fluid situation in that country to evolve towards some degree of clarity and stability. We should let the regional heavyweights like Iran, Russia and China acknowledge Pakistan’s central role in bringing the Taliban to power. Our diplomacy should be geared towards bringing the spotlight squarely on to Pakistan’s responsibility in keeping Afghanistan free from terrorist camps and sanctuaries, and by extension, the responsibility of the Chinese for the conduct of the Pakistani elite. Rather than accept, as some have, that the Taliban have nationalist credentials, we should do the opposite. And wait for the turn of the tortoise.