Scientists should be allowed to work without political interference 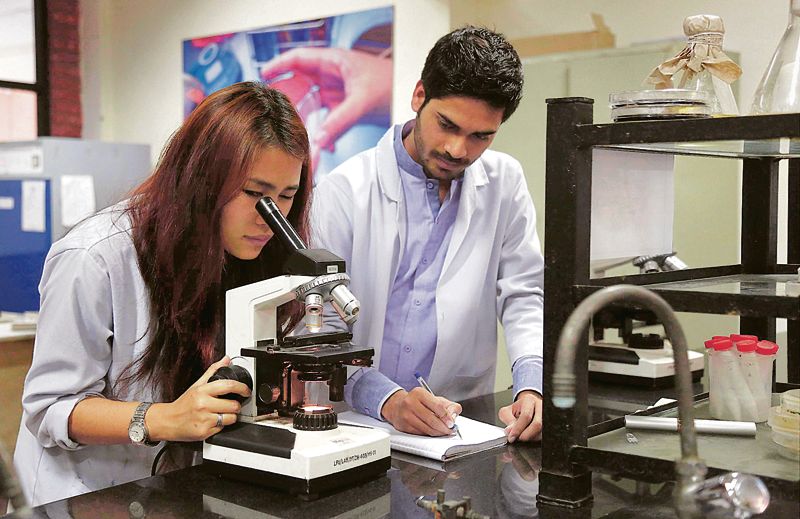 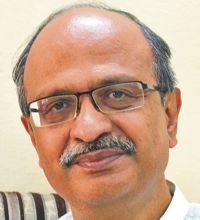 Coinciding with the celebrations of 75 years of Independence, the government has chosen to appoint a woman to the topmost post in the Council of Scientific and Industrial Research (CSIR). This is the first time the conglomerate of national research laboratories will be headed by a woman scientist, Dr Nallathamby Kalaiselvi. So, one can hope that it will lead to a much-needed discourse on women in STEM (science, technology, engineering and mathematics) as well, along with major issues surrounding science and technology. CSIR, which is one of the oldest research councils, represents the backbone of the country’s vast science, technology and innovation (STI) infrastructure and has played a pivotal role in connecting science and society. As we look to the future, it is critical for CSIR as well as other research councils and scientific departments to reinvent themselves to face the emerging challenges.

Inculcation of scientific temper needs to be brought back on public agenda to counter pseudoscience & obscurantism.

At the time of independence, India had an institutional structure that was originally built to serve the needs of the British during the Second World War and an archaic educational system. At the same time, the country was fortunate to have a robust scientific community that included giants like CV Raman, Meghnad Saha, Shanti Swaroop Bhatnagar, PC Mahalanobis, M Visvesvaraya and several others. Many of them worked in universities and built independent research institutes, besides being well networked with leading scientists in Europe, America and the Soviet Union. Also ready before the independence was a blueprint for national development with strong S&T inputs, in the form of reports of the National Planning Committee (NPC). Subhas Chandra Bose, as the Congress president in 1938, had formed NPC and named Jawaharlal Nehru its chairman. After 1947, the sectoral reports of the NPC paved the way for industrialisation as well as development based on application of S&T to solve basic problems in health, food and nutrition, housing, energy, infrastructure etc. The era of ‘revolutions’ — Green Revolution, White Revolution, Blue Revolution, Yellow Revolution etc — helped India become self-sufficient in key sectors and overcome shortages. National laboratories under various research councils developed the necessary know-how, technology and techniques, and successfully disseminated them. Given the pressure on available resources for development projects in several sectors at the same time, help was sought from international sources such as the UN agencies and through bilateral agreements. The vision from the beginning was the application of S&T for national development. This applied even to a high technology area like space too, as reflected in the use of satellite communication for education, remote sensing, weather forecasting etc.

The continued focus on public investment in scientific research over the decades helped India develop indigenous capability which helped the country face new challenges from time to time. For example, the development and manufacturing capabilities that gave us the Covid-19 vaccines, and the health system that successfully delivered the vaccines to one billion people, are a result of the early investments in national research system and linkages it built with the industry. The communication, software, information technology, outsourcing, supercomputing and digital revolutions seen in the past three decades are not just a result of economic liberalisation or pro-market policies, but a fruit of the state policy and the vision of creating institutions like the IITs, IIMs, IIITs and NITs. Specialised mission-oriented agencies like the Centre for Development of Telematics (C-DOT) and Centre for Development of Advanced Computing (C-DAC) have played a stellar role.

All this does not mean that everything is fine with the STI system. There are several issues that demand urgent action, as we chart out path to the future. Some areas were either neglected or marginalised in terms of investment and policy support. For instance, India was among the first countries globally to have a dedicated department (later ministry) for the promotion of renewable energy. Electric mini-buses used to operate in the national capital in the 1980s, pilot projects were funded for community-based biogas plants, grid-independent solar energy, smokeless chulhas etc. But R&D investment remained sub-optimal and policy support to mainstream renewables was missing. Another example is semiconductor design and fabrication where we took an early lead but faltered on the way.

A major issue is of stagnating R&D funding over the years. While it has gone up in absolute terms, but as a percentage of GDP, it is almost static at below one per cent. In contrast, China spends about 2.2 per cent of its GDP on R&D. The research funding in the private sector in India is almost negligible. In the past few years, even government laboratories are facing a resource crunch. The research system, industry and academia linkages are still a distant dream. India has a large S&T bureaucracy with a plethora of scientific ministries, departments and funding agencies. And most of them work in silos, resulting in delays, duplication and avoidable expenditure. The proposed National Research Foundation should be given necessary mandate to change the situation.

While the government needs to adequately fund scientific research, scientists and research bodies should enjoy relative freedom and autonomy with no political interference. The national STI system needs to be geared to focus on research in strategic areas like climate change, energy transition, sustainability, new materials, mobility, food security, health and medical research. Above all, inculcation of scientific temper needs to be brought back on public agenda to counter the threat posed by pseudoscience and obscurantism, along with the thrust in improving the quality of science education.