The challenge is to redesign research, development and production approaches 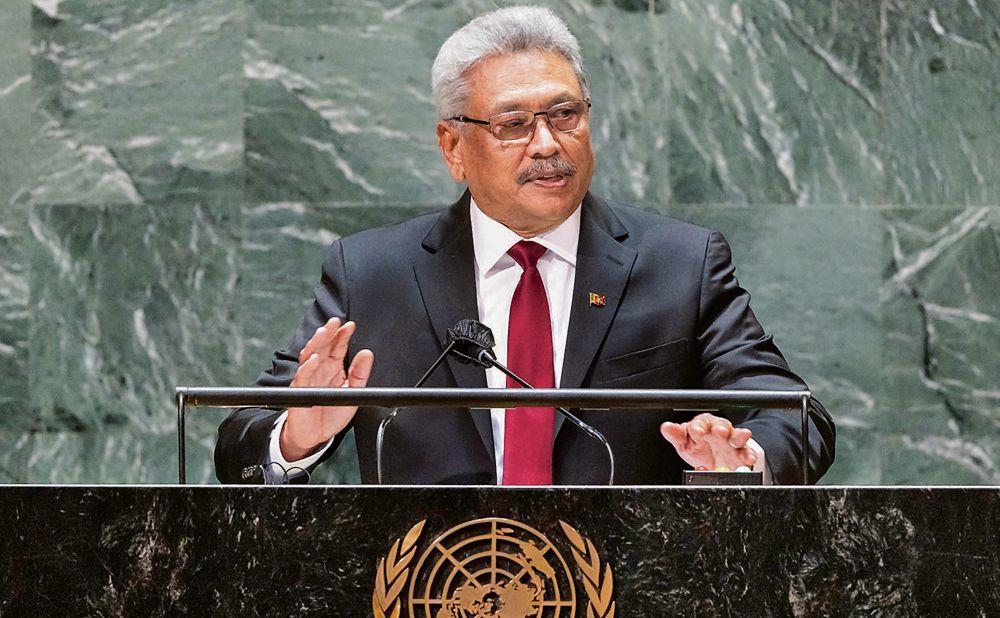 Forerunner: Since the demand for organic food products is rising globally, Sri Lanka is placed in an advantageous position. Reuters

It was expected. The uproar over Sri Lanka’s path-breaking decision to go organic is on predictable lines. The same arguments, the same kind of fear psychosis, and the bogey of ideological thinking that will take the world backwards should not come as a surprise anymore. Any possible disruption to the power equilibrium dominated by agribusiness giants is sure to be met by an orchestra playing the usual wrong concerto.

Even before the UN Food Systems Summit recognised the need to move towards a healthier, more sustainable and more equitable food systems, Sri Lanka had made a bold resolve a few months earlier to put the concept of agro-ecological transformation into action by banning the imports of chemical fertiliser and pesticides, through a gazette notification on May 6. Coming after the ban on palm oil imports and the directive to growers to uproot the existing plantations in a phased manner, Sri Lanka has shown a remarkable determination to make a transition towards a healthy and sustainable future for farming.

Addressing the UN General Assembly in New York on September 22, President Gotabaya Rajapaksa said: ‘Sustainability is the cornerstone of Sri Lanka’s national policy frame work. Because of the impact on soil-fertility, biodiversity, water ways and health, my government completely banned the use of chemical fertilisers, pesticides and weedicides earlier this year,’ adding that the ‘production and adoption of organic fertiliser as well as investments into organic agriculture are being incentivised.’

For a country reeling under a huge foreign debt burden, with as much as 80 per cent of the revenue collected going towards debt servicing, and at the same time faced with severe food shortages at home, the Sri Lankan President has so far stood firm against the panic being created in the name of growing food insecurity arising from an anticipated drop in production. This reminds me of a similar kind of pressure built within days after former President Suharto of Indonesia had banned in one go the use of 57 chemical pesticides on paddy under a presidential decree in the late 1980s. This was in response to an unprecedented attack of brown plant hopper pest on paddy, and it was on the advice of the International Rice Research Institute and the UN Food and Agriculture Organisation (FAO) that the late President Suharto then launched integrated pest management in paddy.

An impression is being created as if Sri Lanka’s food crisis is the result of the nation’s shift towards organic farming. Well, that is incorrect, a propaganda drummed up by the chemical industry. In reality, the ban on chemical fertiliser and pesticides came into effect only in early May, and since then there is only one cultivation season, called yala — sown in May and harvested in August, but even before the crop hit the market, fears over declining yields were already rife. It is generally in the second and third year after the chemical use has been stopped that we can see the yields tapering off before it stabilises, and then slowly begins to rise. In any case, the external cost that intensive farming systems leave behind is often taken as a price that society inevitably has to pay. To illustrate, the rice belt in the North is witness to renal failure in a big way among the rural poor, which many believe is linked to excessive use of chemical fertilisers and pesticides, while a number of experts discount any such link.

A report in The Independent says that more than 20,000 people have died from chronic kidney disease, and has rendered over 4 lakh sick in the past 20 years. In the case of tea also, the second-largest export commodity, again an unnecessary scare is being created. Already the yields are very low, with FAO estimating that the yields have been continuously on the decline in the past decade, dropping to 350 to 400 kg per acre in large areas, and even to 150 kg per acre in some cases. With nearly 75 per cent of the tea growers being small, soil degradation is among the prominent reasons for the falling yields. The advantage in going completely organic is that in years to come, applying suitable agro-ecological approaches in cultivation practices, Sri Lanka can build on soil health, thereby rejuvenating the tea gardens. It can create a niche in the global market with organic tag being its USP. Considering that the demand for organic food products is rising globally, Sri Lanka is placed in an advantageous position, given its head start, provided of course it takes the right steps to guide the transition.

The challenge before Sri Lanka is to redesign its research, development and production approaches. It has to first begin by reorienting the national agricultural research programmes suitably altering the educational curriculum. Research priorities need to shift based on validating and protecting community knowledge and innovations. Especially to address the complexities of climate change, traditional varieties and the richness of available diversity offers immense resilience. Care must be taken to ensure that the transformation process is participatory; forcing it down on farmers will not work in the long run.

For those who doubt whether agro-ecology — and it includes organic, natural and biodynamic farming systems etc — can feed the world, and if yes, then how to achieve food system transformation, a 2019 report by the FAO’s High Level Panel of Experts on Food Security and Nutrition, details the pathways. It also quotes a meta-analysis (2017) by Raffaele D’Annaolfo et al which has conclusively brought out the economic gains accruing from agro-ecological farming systems. Accordingly, the yields increased in 61 per cent cases analysed, decreased in 20 per cent, while farm profitability increased in 66 per cent cases.

It requires courage to stand up alone. And it happens only when you believe in something. Rajapaksa’s tryst with organic farming may eventually open the door to the future of global farming.