Demand for ‘Pashtunistan’ continues to be an enduring challenge 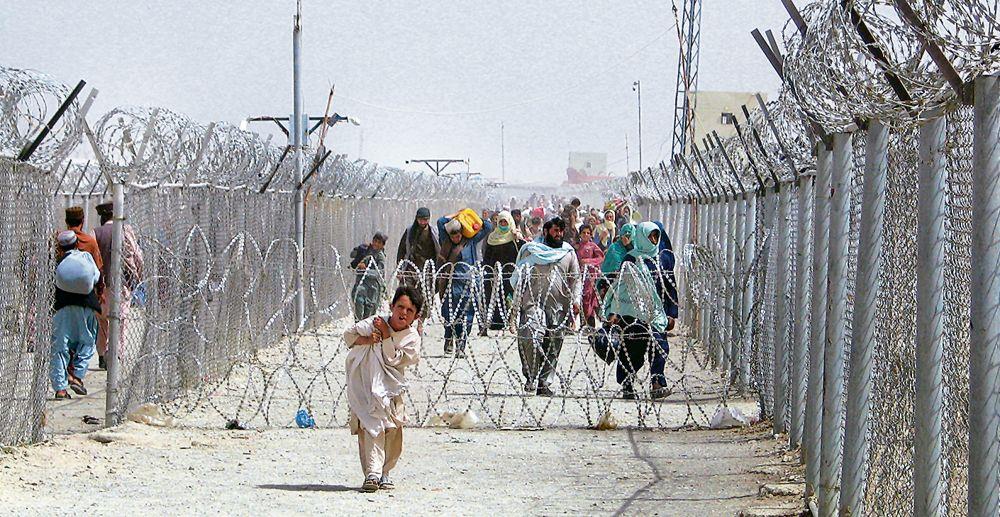 Pakistan’s euphoria over the predominantly Pashtun Taliban’s takeover in Afghanistan could well be short-lived as, once again after a two-decade interval, it raises for Islamabad the daunting spectre of the dormant, but enduring demand for ‘Pashtunistan’ or a Pashtun homeland. This concern centres round the long-standing Pashtun claim over a wide swathe of Pathan-dominated areas south of Kabul that comprise large portions of Pakistani territory. This includes its seven federally administered tribal areas and six supplementary smaller pockets, known as Frontier Regions abutting Afghanistan, Pakhtunkhwa (formerly the North West Frontier Province or NWFP) — up to Islamabad’s city limits — and some contiguous portions of Balochistan.

Security analysts anticipate collaboration between the Afghan Taliban, once it has firmed up its control over Afghanistan, and the 13-odd groups that comprise the Tehrik-e-Taliban Pakistan (TTP), based mostly along the Afghanistan-Pakistan border to eventually make a play for Pashtunistan. They maintain that the present symbiotic operational, logistic and materiel links between Pakistan’s ISI Directorate and the Taliban are, at best, centred on mutual convenience; but, given the region’s complex history of treachery, betrayal and deal-making, these are likely to be eclipsed by the larger ambitions of ethnic Pashtun nationalism.

The objective of the TTP that draws its Pashtun cadres from this frontier tribal belt has always been to overthrow the Pakistan government through armed insurrection. It would be more than willing to join their Afghan brethren, with whom it has close links via various Taliban ‘shuras’ across Pakistan, to try and secure Pashtunistan. Pakistan is home to some 25 million Pashtuns, many of whom largely control that country’s narcotics, arms trade, money laundering businesses and transportation, rendering them formidable Fifth Columnists even for the military.

The lingering Pashtunistan movement disregards the 2,670-km-long Durand Line, drawn arbitrarily in 1893 by a colonial civil servant and named after him as the border between British India and Afghanistan to fix the limits of their territories. This ‘line in the sand’, casually agreed to by Afghanistan’s Amir Abdur Rehman, satisfied colonial aims of defining its boundaries as insurance in the evolving ‘Great Game’ to prevent the Russian Bear from intruding into their domain via Kabul. Consequently, the British made the autonomous and largely Pashtun tribal areas and frontier regions their ‘buffer’ between Afghanistan and its ‘settled territories’ in the NWFP and Punjab.

Afghanistan, however, never accepted the Durand Line. Instead, successive rulers and governments supported a nationalistic reunification of the Pashtuns in southern Afghanistan and in Pakistan along with their territories. During the freedom movement, the Pathan leader, Khan Abdul Ghaffar Khan, also known as ‘Frontier Gandhi’, sought an independent Pashtunistan, but was denied it by the British, resulting in the Babrra massacre by the Pakistani security forces in 1948.

Thereafter, firefights erupted between Afghan-backed NWFP tribesmen and Pakistan’s military, further embittering relations between Kabul and Islamabad. These, in turn, threatened the outbreak of hostilities between the neighbours in 1955, the year Kabul announced its formal backing for Pashtunistan, a position it has not since rescinded. Kabul has further argued that the Durand Line had a 100-year deadline that had expired in 1993.

At the time, Afghanistan, then experimenting with an explosive mixture of Marxism and Islam, supported Pashtunistan. Diplomatic tension between Afghanistan and Pakistan, then a US ally, following Kabul’s burgeoning relations with Moscow, led it to reiterate that the Durand Line was merely a ‘delineated zone of responsibility’ to help the colonial administration maintain law and order and not a definitive border.

But in the 1980s, Pakistan’s dictator, Gen Zia-ul-Haq, marginally defused the issue by inducting Pathans into the political mainstream, the military and the civil service and giving them a stake in his country’s power structure. The Pashtun nationalist spirit, however, survived but lost its centre-Left orientation that underpinned Ghaffar Khan's ‘Red Shirts’ movement. Instead, it mutated into an Islamist ideology through assorted Taliban-like groups like the Jamiat Ulema i-Islam that holds sway over NWFP/Pakhtunkhwa and Balochistan. The first batch of the Taliban, for instance, was trained in JUI madrasas.

Pakistan’s insecurity over its Afghan border remained palpable. In early 2017, an indigent Pakistan prioritised a $500-million project to politically cement the Durand Line by erecting two sets of chain link fences fitted with surveillance cameras and infra-red detectors. Work on the fencing has continued uninterrupted over the past four years — even during the coronavirus pandemic — obviously in anticipation of the Taliban’s advent in Kabul and its putative bid for Pashtunistan. Islamabad obviously reasoned that the fencing and a string of 1,000 forts or armed garrisons alongside would physically reinforce — and demarcate — the Durand Line, thereby obviating any eventual Taliban actions to secure a Pashtun homeland.

Internally, too, Pakistan is apprehensive over any intended Pashtunistan crusade impinging on neighbouring restive Balochistan province, where Baluchis are fast becoming a minority following the uninterrupted influx of Afghans that began after the Soviet invasion of Afghanistan in 1979. And sequentially, this could also apocalyptically impact the quiescent separatist movement in Sindh led by the Mohajir Quami Movement (MQM), the Urdu-speaking migrants from eastern India, leaving Pakistan just with a stable Punjab in a region where geographical boundaries have been redrawn over centuries with disastrous consequences.

Hence, Pakistan has little cause to celebrate the Taliban’s victory that presents an overt danger from its Pashtun cadres who have long memories and harbour feuds for generations.