The terror attack by the IS-KP on the Karte Parwan gurdwara has resulted in Delhi putting on hold whatever initiatives had been envisaged by way of engaging with the Taliban regime in Afghanistan, while reviewing the larger security implications of this revival of the terror footprint. 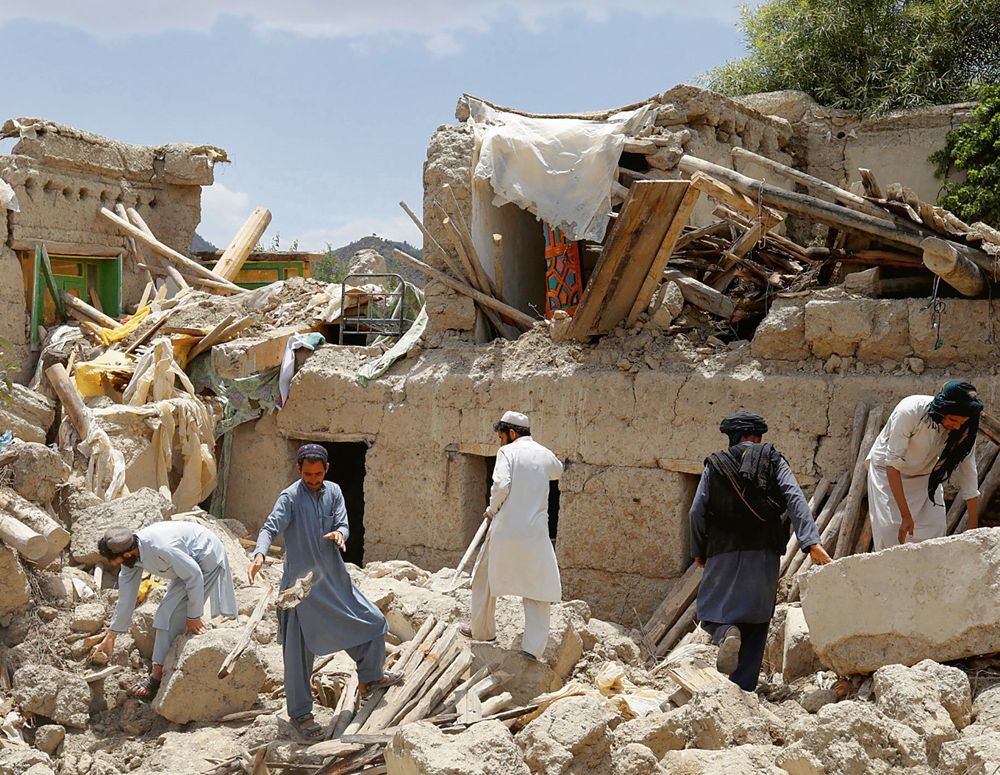 Humanitarian stand: Delhi has provided aid to the quake-hit people of Afghanistan. Reuters 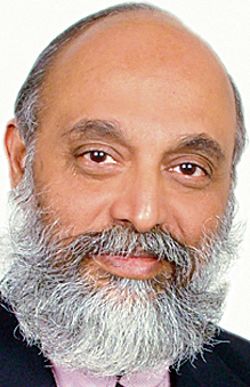 The devastating earthquake that struck Afghanistan on June 22 has led to the death of over 1,100 persons and it is feared that this number could increase. Thousands have been rendered homeless and the destruction in the affected Paktika region is almost total.

New Delhi, in keeping with its traditional commitment to the people of Afghanistan, has reached out to provide immediate humanitarian relief and assistance and on June 23, an Indian technical team reached Kabul to enable effective delivery to the victims.

Despite the scale of the earthquake tragedy, the global isolation of the Taliban regime prevented a more robust international aid effort from reaching the victims and this remains the geopolitical cross that weighs down heavily on the people of Afghanistan.

The return of the Taliban to power in Kabul in August 2021 after the hasty US withdrawal has compelled many nations to review and rewire their Afghanistan policies and India is no exception.

Like many other nations, India has not accorded diplomatic recognition to the current Taliban regime in Kabul. But the potentially significant political overture by India in early June and the Islamic State terror attack on a local gurdwara that followed soon after merit review.

On June 2, an official Indian delegation visited Kabul to coordinate the humanitarian assistance that Delhi had provided earlier in the year and this signalled a nuanced shift in the troubled bilateral relationship. The Indian Foreign Ministry issued a

carefully worded press note which highlighted the humanitarian assistance focus of the visit. The sub-text to be inferred is that the visit was an ‘official’ engagement with the Taliban for a limited purpose and not an endorsement of the regime.

Acknowledging this aid, the Taliban encouraged India to reopen its mission in Kabul and resume direct flights to the country and also accept Afghan military trainees — which is a case of resurrecting the traditional linkages that existed pre-August 2021.

Given the enormous humanitarian crisis that has engulfed Afghanistan and the scant resources that the Taliban can muster — including skilled human resources (thousands of qualified Afghans have fled their nation, fearing retribution) — it is evident that the regime in Kabul is keen to have Delhi back as a dependable aid and development donor.

In the aftermath of 9/11 (September 2001) and the gradual reconstruction of Afghanistan, many critical human security-related sectors were aided by India and in the last two decades, Delhi has provided $3 billion worth of development sector aid. In addition, a large number of Afghan students have availed themselves of scholarships to study in India and thousands of Afghans visit India for medical treatment.

However, this very nascent early June Indian engagement with the Taliban received a jolt with a terror attack on Karte Parwan gurdwara in Kabul a fortnight later (on June 18) that killed two persons. The attack was claimed by the IS-KP (Islamic State-Khorasan Province), which declared that this was “an act of support” for the Prophet and the targets were the minority Sikhs and Hindus in Afghanistan and the “apostates” who protected them.

In a departure from their traditional antipathy to all other religions, the Taliban offered support for the reconstruction of the gurdwara, apart from announcing financial aid to those killed and injured. Further, they assured the minority community leaders that a “serious effort” would be made to ensure their safety from such attacks.

This terror attack by the IS-KP has resulted in Delhi putting on hold whatever initiatives had been envisaged by way of engaging with the Taliban regime, while reviewing the larger security implications of this revival of the terror footprint.

India, it may be recalled, has been singed by Islamist terror groups with linkages to Afghanistan since December 1999 and these attacks include one on the Indian Parliament (December 2001) and a suicide attack on the Indian embassy in Kabul (July 2006).

The Taliban at the time had provided shelter to Islamist terror groups that targeted India and, here, the role of Pakistan has compounded the Indian challenge. The Pakistan army and the ISI (its intelligence agency) mid-wifed the birth of the Taliban in the early 1990s and saw this Afghan group as an investment to furthering Rawalpindi’s strategy of acquiring ‘strategic depth’ against India. The Pak army-Taliban axis saw India being marginalised in relation to Afghanistan and this has been an abiding security and geopolitical challenge for Delhi.

The tumultuous developments of the last quarter century that ravaged Afghanistan include the enormity of 9/11 and the al Qaida-Osama bin Laden saga, followed by the abrupt end to the US-led global war on terror (GWOT) in August 2021 that, ironically, brought the Taliban back to power in Kabul.

Given the profile of the Taliban and a deep-seated anxiety about how they would conduct themselves, India, along with many other nations, evacuated its diplomats and citizens from Afghanistan and ostracised the regime.

Paradoxically, the June 18 gurdwara attack by the IS-KP has introduced a shared security interest between India and the Taliban with respect to the IS-KP. This group, that has its origins in West Asia, appears to have embedded itself in Afghanistan and is reported to have reached a tactical accommodation with other Islamist terror groups in the surrounding regions.

Periodic reviews by the UN Security Council’s Monitoring Team on Afghanistan have noted the presence of al-Qaeda, Jaish-e-Mohammad and Lashkar-e-Taiba in the country and the role of the Haqqani network and, cumulatively, all these strands pose a security challenge to India that has been dealing with the state-supported terrorist scourge for decades. The fact that Sirajuddin Haqqani, a UN-designated global terrorist, is the interior minister in the Taliban regime points to the multilayered complexity that the Indian establishment has to contend with.

In this maze of terror networks and state complicity in relation to Afghanistan, the close strategic relationship between China and Pakistan further shrinks the space for India. Chinese Foreign Minister Wang Yi hosted a meeting on March 31 of Afghanistan and its neighbours — that predictably excluded India — in the Anhui province of China and the participants collectively affirmed their support to the Taliban regime.