Ethnic cleansing in the Valley still appears to be on the minds of the jihadi groups operating there. The hardliners have now adopted a more sophisticated modus operandi of shoot-and-scoot, killing one and terrorising thousands. The recent cold-blooded killings point towards radicalised, highly motivated and trained sleeper cells ready to spring out at the command of their handlers across the LoC. These are acts of perverted Islamic jihadi elements. 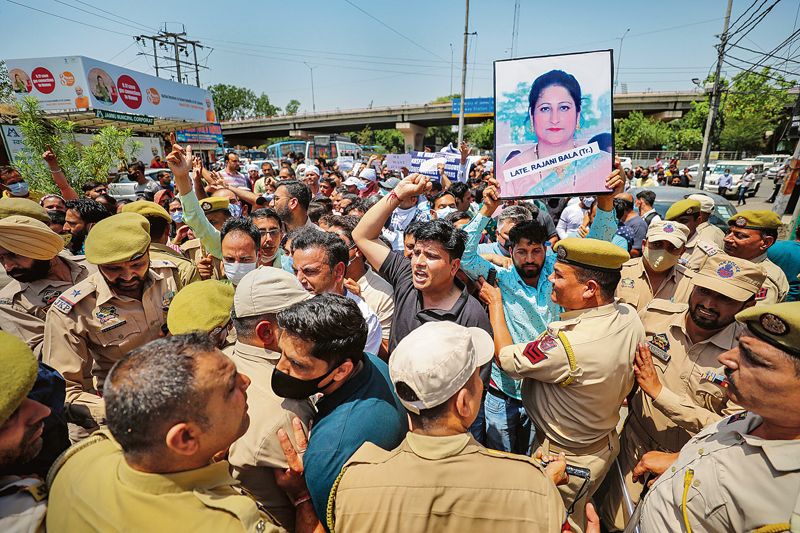 ELUSIVE STABILITY: Killings in Kashmir are aimed at preventing restoration of normalcy, creating panic and triggering an exodus from the Valley. PTI 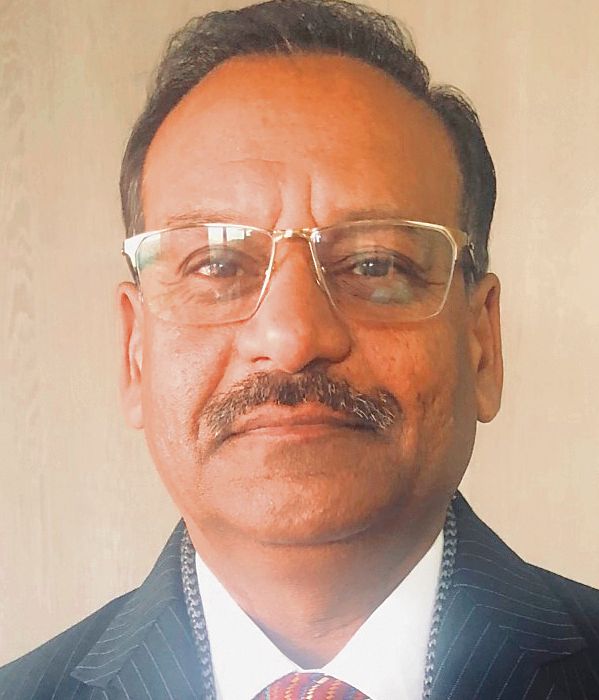 THE targeted killings of minority Kashmiri Pandits, migrant workers and employees from other states after similar attacks in October 2021 have jolted the Valley. Hundreds of families and workers have fled to the safety of Jammu and their home states. In May and the first week of June 2020, the hardened Islamist elements in the Valley, in a dastardly act, killed unsuspecting civilians including off duty cops at point-blank range. One of the victims was Amreen Bhat, a TV artiste and performer and a local Kashmiri woman.

The Resistance Front (TRF), a shadow outfit of the banned Lashkar-e-Taiba terror group and Kashmir Freedom Fighters (KFF), have claimed responsibility for the multiple recent attacks. It is surprising that these groups have evaded early detection and response after coming to light in October 2021. Their avowed agenda is to scuttle any attempts by the Central government to populate the Union Territory which they claim will alter its demography. The outfit threatened that “anyone involved in Kashmir’s demographic change will meet the same fate”.

Migrant workers from all over the country number more than a million in the union territory of J&K. Hailing from different states in India, they are engaged in diverse fields from infrastructure, construction to manufacturing, hospitality, orchards, domestic help and so on. These migrant workers have been part of the union territory’s economy for over four decades. Singling them out by the illogical militant groups and killing them can easily destablise the trade and commerce in J&K, adversely impacting its GDP. Any large-scale exodus of these migrant workers can bring Kashmir to a standstill.

The number of terror incidents and presence of militants have registered a downward trend. Trade and tourism are flourishing in the union territory with nearly a million tourists having already visited the state and another two lakh registered for Amarnath Yatra. Thousands of Kashmiri Pandits and local people participated in the Kheer Bhawani mela immediately after the killings. Return of grassroots democracy through elections to the local bodies, increased trade and tourism, reduction in violent incidents and all round prosperity must be like a thorn in the flesh of Pakistan and its deep state. After the regime change in Pakistan, ISI seems to have upped its ante in Kashmir.

Ethnic cleansing in the Valley still appears to be on the minds of the jihadi groups operating there. If mass murder, rape and arson were the tools in the 1990s, the hardliners have now adopted a more sophisticated modus operandi of shoot-and-scoot, killing one and terrorising thousands. The recent methodical cold-blooded killings point towards radicalised, highly motivated and trained sleeper cells ready to spring out of their cover at the command of their handlers across the LoC. These are acts of perverted Islamic jihadi elements.

The callous murder of Amreen Bhat and its message have gone unnoticed. The militants have tried to force, a la Taliban, the agenda of cultural cleansing and proscribing performing arts and music in the Kashmir valley. Women athletes could be the next target. Will Kashmiriyat with its eclectic and syncretic culture, music and folk dances be trampled upon by the ultra-puritanical jihadi agenda?

The people of Kashmir must realise that this is the time to consolidate the peace dividend than allowing the fringe radical groups to push them again to the sordid period of peak of militancy and unrest hampering their day to day lives. Another exodus, minor or large-scale, will also definitely raise questions about the majority community in UT about their acceptance of Kashmiri Pandits on their return to their homeland.

The condemnation of the killings has been muted and ambivalent. No political parties joined the minority protesters at Lal Chowk and elsewhere. Most of the local and national parties have been busy finding faults with the government of the day rather than calling out Pakistan and the terrorist groups for targeting peace and amity in J&K.

The mainline political parties of the Valley and their leaders generally transact their business from their fortified residences in Srinagar, Jammu or Delhi. They no longer represent the voice of multitudes. Their call for an all-party meet on these happenings may be a good idea. Better would be an all-party protest at Lal Chowk and all district headquarters condemning such terrorist acts in unequivocal terms.

Kashmir has long prided itself on the Sufi nature of its Islam. The majority Muslims of the Valley are peace loving. But their deafening silence lends an indirect encouragement to such anti-national elements that are hell-bent on destroying the peace and prosperity in the paradise of Firdaus. There is need for them to show solidarity with the minorities that have stoically lived or returned to the Valley, as also to protect normal trade, tourism and other activities for the overall benefit and prosperity of all sections of society.

The J&K police have the unenviable task of maintaining continuous surveillance on such youth, sharpen their intelligence at the beat level and work closely with the Central intelligence agencies to pick up ‘chatter’ pointing to such nefarious arrangements. No security system in the world can watch every window and door and monitor all citizens. There is a need to create a database or likely recruits and suspects and continuously upgrade it.

Support of local communities, political parties, NGOs, women groups etc should also be enlisted in creating local defence and brotherhood/goodwill committees in every vulnerable area to instil a sense of security and build trust in the minorities.

In the last few years, thousands of Kashmiris have returned to the union territory. Their number is not going to alter the demography of the UT. The significant gains made to strengthen the multi-cultural and plural fabric of Kashmir should not be lost in the face of the recent dastardly militant acts.