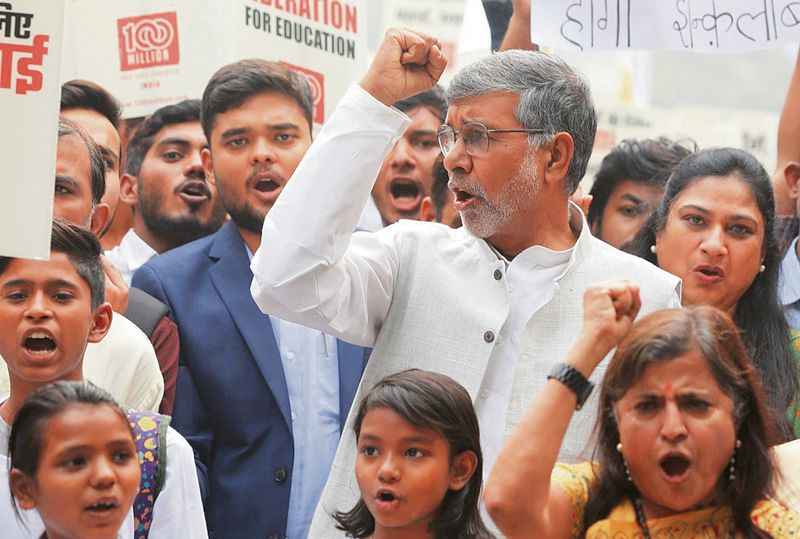 Inspirational: The work done by NGOs such as Kailash Satyarthi’s Justice for Every Child is testimony to the importance of such organisations. Tribune photo 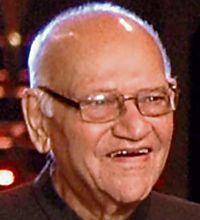 Ajit DOVAL, my erstwhile colleague in the IPS, and the country’s National Security Adviser, is undoubtedly a voice to be heard when he speaks. Addressing the IPS probationers passing out of the National Police Academy, Hyderabad, last week, he identified ‘civil society’ as the new enemy the people of India and the police had to fight to retain the country’s unity and integrity.

That is a serious accusation. The epithet ‘anti-national’ is commonly hurled at critics of the present government. Public intellectuals, writers, journalists, activists and conscientious objectors to the proliferation of hate and divisiveness based on religious identity will now be on the NSA’s radar! And that is a most disconcerting thought. What can members of civil society expect to face in this new type of warfare?

NGOs are an essential requirement in a land like ours where people wallowing in misery and want abound.

The Modi-Shah regime that rules the country had fired its first salvo against this new enemy much earlier without any prior warning. Foreign-funded NGOs were the first casualty. Greenpeace has left with its tail between its legs. The most respected human rights NGO in the world, Amnesty International, has also packed up and left. The Commonwealth Human Rights Initiative has been forced to discontinue most of its research projects. Its country head, Maja Daruwala, daughter of the much-loved Field Marshal Sam Manekshaw, has to ask other likeminded NGOs to provide platforms from where she can continue her life’s commitment to justice by reforming the police and the prison administrations.

The subtle manner in which CSR funding by corporates of NGOs working on governance issues is being diverted to the PM Cares fund is another example of the regime’s hostility to even ‘desi’ NGOs whose work exposes unwittingly the many chinks in the government’s armour. No regime in power at the Centre or in the states likes criticism, but the present one has taken its hostility beyond reasonable limits. It is now openly proclaiming, if we are to interpret Doval, in the only language the government uses against its critics, that NGOs are under siege. The government would like us to disappear!

Modi and Shah both hail from Gujarat. I consider Gujarat among all the states to be the cradle of philanthropy and concern for other human beings less favoured by the gods. I met Ela Bhatt during my brief sojourn in Gujarat as the DGP in 1985. Her work for the disadvantaged women impressed upon me the importance of NGOs in a country where poverty is the real enemy. The work done by Kailash Satyarthi’s Justice for Every Child is a living testimony to the necessity of NGOs doing what governments, even with the best of intentions, cannot do.

NGOs are an essential requirement in a land like ours where people wallowing in misery and want abound. Modi and Shah, and now my friend, Doval, should reconsider the opening of the new front. Surely, they are not going to ‘fix’ every critic of the government in the manner in which the Bhima-Koregaon 16 (now 15) were put away! That would reduce India to a near-pariah status in the world, like Pakistan.

I am inclined to pick on the positive things the NSA taught the probationers. He impressed on them that laws enacted by the people’s elected representatives must be enforced in letter and spirit by the police forces that they would soon lead. But what if the same lawmakers ‘request’ these police leaders not to enforce the laws they themselves have put on the statute book, like the prohibition laws, or enforce them selectively only against their opponents and let off their supporters?

This happens all the time and under different regimes. But in this regime, the partiality with which laws are enforced has been flagged at a level never witnessed before. The Delhi riots of 2020, for example. The three main instigators of violence who were party hacks were exempted from culpability and the conscientious objectors, mainly students of JNU and Jamia Millia, protesting against the CAA/NRC were roped in, instead. The Delhi High Court has taken note of this injustice. I can well appreciate Doval’s inability to tell the IPS leaders of tomorrow to steer clear of such choppy waters.

Even an apolitical, retired IPS officer like me would not make such a direct suggestion to the young officers, for fear of embarrassing the National Police Academy’s Director and his staff. But it is possible to convey the message in subtle terms that are sure to be understood. Our young officers must learn to stick to the truth. It is only then that justice can be administered and the rule of law can be upheld. It is only then that the political neutrality expected of public servants can be experienced by the common man. And it is only then that IPS officers, who have taken an oath to uphold the Constitution, can proudly aver that they have honoured their oath.

The police are duty-bound to implement the laws of the land without fear or favour. They cannot keep their eyes shut when proponents of the regime take the law into their own hands and set out to murder, burn and loot. They were guilty of this in the 1984 anti-Sikh riots and the Gujarat riots of 2002. They should not unfairly rope in opponents of the regime like they are alleged to have done in the Bhima-Koregaon case.

Doval is respected by Modi. This is obvious to viewers of TV news. This respect shown to an old colleague warms the cockles of my heart. But when Doval talked to young probationers, it would have made me much prouder if he had quoted to them what the BJP’s acknowledged icon, and mine, too, Sardar Vallabhbhai Patel, told the first batch of emergency recruits to the IAS: ‘A civil servant cannot afford to, and must not, take part in politics. Nor must he involve himself in communal wrangles. To depart from the path of rectitude in either of these respects is to debase public service and to lower its dignity.’ Doval should din these words into the conscience of every police leader.