Terror in the Valley 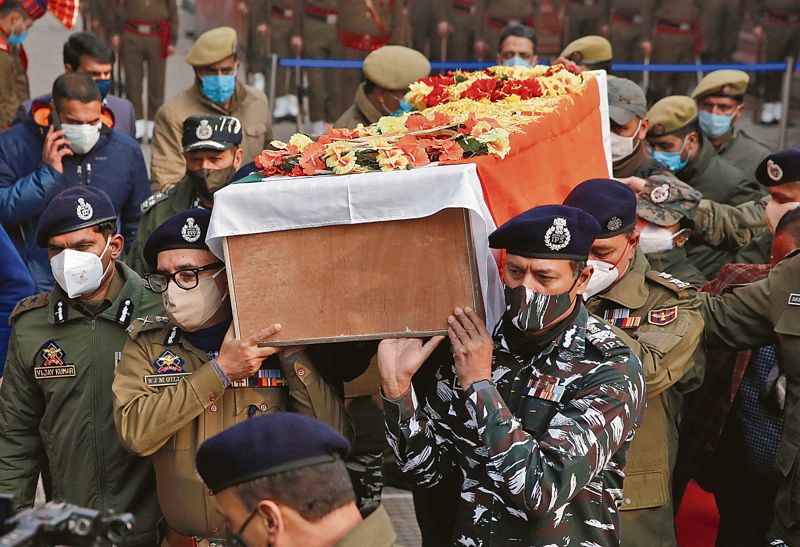 Disconcerting: Since 2016 or so, a feature of the militancy has been the resumption of local recruitment. Reuters 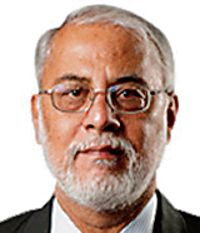 THAT there has been an uptick in violence in the Kashmir valley is clear. In October alone, 44 people were killed, including 13 civilians, 12 security personnel and 19 militants. In November, the government was compelled to send in an additional 5,000 security personnel into the Valley. Almost every day, we hear of security personnel being killed in some instances, and militants and civilians in other cases.

The govt has so far done little to undo the maleficent effects of its August 2019 ‘masterstroke’.

This is the most visible failure of the government’s August 2019 abrogation of Article 370 and demotion and division of Jammu & Kashmir into two Union Territories (UT) directly ruled by the Union government. But there are other indicators as well, notably the failure of grand development plans chalked out for the new UT.

Though the government action was plainly a political move to fulfil a long-standing BJP pledge to remove the already hollow Article 370, its other punitive steps — the removal of a representative assembly, the massive security crackdown, the arrests and prolonged detention of even mainstream politicians of the NC and the PDP — were premised on its claim that it would finish militancy totally and bring in an era of development.

In June, there were indications of a shift when Prime Minister Modi met the erstwhile incarcerated and reviled leaders of Kashmiri parties in New Delhi. There were signals that the democratic process in the UT could be revived. But little has happened since, except the uptick in militancy.

On paper, there have been a lot of claims by the UT administration about the thousands of crores of investments that have been made after the August 2019 “masterstroke.” But the MHA informed Parliament last week that in the last two years, just seven plots of land had been purchased in the UT by outsiders, all of them in Jammu, and none in the Valley. This is a good indicator of the ground situation and its reasons obvious to anyone with an iota of common sense. According to the figures of the South Asia Terrorism Portal, a total of 35 civilians, 43 security personnel and 178 militants had been killed in Jammu & Kashmir in 2021 till December 17. At this level of violence, it would take a brave outsider to buy land and set up business in the Valley.

The problem with J&K is that an already difficult situation has been complicated by myth-making mixed with ideology. One of the myths is that the muscular government will not only crush insurgency in the state but also recover the parts of the state that have been occupied by China and Pakistan.

Further, it will restore the Kashmiri Pandits to their erstwhile position of influence in the Valley. But this is not happening. The main reason for this is the continuing sense of insecurity, but also because many Pandit refugees have not waited for the state to do something for them. They have moved on with their lives since they know that what has been wrecked is unlikely to be rebuilt.

The Pandit discourse has been grossly distorted by activists who often describe the events of 1990 as being nothing less than a holocaust. A recent RTI reply gives the lie to this claim. It says that the number of Pandits killed in the last 30 years is 89. This number probably relates just to Srinagar. Looked at anyway, it most certainly does not amount to a “holocaust.”

Certainly terrible things happened to the Pandits in 1990. I have detailed some of the murders, rapes and assaults in my book Lost Rebellion (2019). But to call it a genocide or holocaust is to distort the individual tragedies which hit all communities of the state, Hindus, Muslims and Sikhs. What has certainly happened is that the Pandit culture that gave rise to the composite Kashmiri culture has suffered a mortal blow. Any way out must deal with the deaths and displacement of civilians regardless of their religious denomination. If you look at one and ignore the other, you will only end up missing the wood for the trees.

Efforts are now being made by Pakistan to step up its activities. This is evident from the actions of a new front for the Lashkar-e-Taiba, which has been responsible for the recent killing of Makhan Lal Bindroo, a Kashmiri Pandit in Srinagar, along with two schoolteachers — a Hindu and a Sikh. These terrorist acts are aimed at striking fear in the minority communities.

The government has so far done little to undo the maleficent effects of its August 2019 “masterstroke.” Political activity remains dormant, restrictions on politicians, journalists and civil society remain stifling. The Supreme Court is yet to hear the petitions questioning the derogation of Article 370, a somewhat strange approach to an issue of such importance.

Since 2016 or so, a feature of the militancy has been the resumption of local recruitment. This is evident from 2021 government figures which show that of the 148 militants killed till the end of last month, only 21 were foreigners. The mortality of recruits is high, most do not survive a year, yet they keep on coming. This is the point that the policy needs to deal with by providing political channels to address grievances and a process of de-radicalisation of the youth. The Union Government needs to move from slogans and sloganeering towards a practical strategy of restoring normalcy in the Valley.