As the Air Force turns 88, let’s acknowledge the crucial role of logisticians

Lifeline: C-17 airlifters are a part of the vital supply chain to Army garrisons in Ladakh. 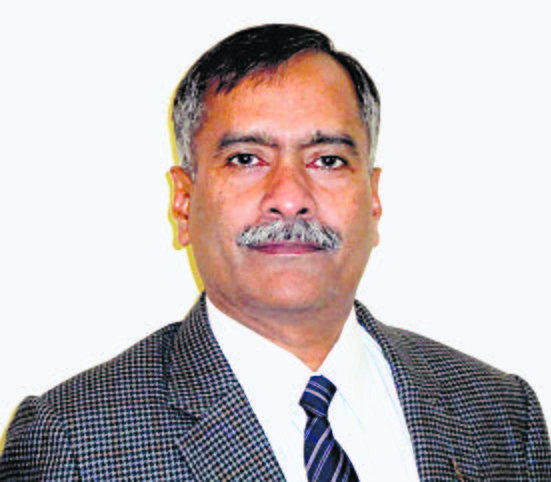 The IAF has turned 88 today. While its professionalism has been showcased many times over, this year brings with it a special responsibility on its young shoulders. As the India-China standoff lingers into the coming winter, all eyes are on the jawans on the front lines and on pilots manning cockpits at IAF air bases. The media lenses stay focused on these war fighters, as they should rightly be, but it is also imperative to acknowledge the invaluable role played by the silent war enablers — the back-end team of logisticians who provision the nuts and bolts that ensure that India’s deterrence stays in place to prevent war — and if that fails, to impose our will on the adversary.

A logistician’s crib is that he gets remembered only when war is about to break out. To paraphrase Clausewitz, it’s because it’s his (the logistician’s) art that moves armies — practically everything other than strategy and tactics of war that a nation embarks on. A break in the supply chain disrupts progress of a campaign. Patton had to stop his advance into Germany’s heartland during WWII as his logistics chain had not kept pace, resulting in his tanks running short on fuel.

It’s the welcome smell of fuel — aviation turbine fuel — that greets a person on entering the tarmac of the Air Force Station, Chandigarh. The clock shows 2 am and the auxiliary power units of the giant C-17 and IL-76 transport aircraft, and of the smaller An-32, are whirring away as they are loaded with supplies for the Indian Army garrisons in Ladakh. It’s a bee-hive of activity as Army trucks start arriving with items for Leh and Thoise, the two airfields that are the lifelines in the logistics stocking effort. The trucks were loaded much earlier, at the Army base outside the Air Force campus — all items packed in cartons which are then strapped on to pallets that are just rolled-on into the aircraft with fork-lifters. Just a decade back, this was not the case and the IL-76s were manually loaded at Chandigarh and offloaded at Leh! Imagine man-handling 30 tonnes in one aircraft! Thank God for the mechanised loading of the C-17 that can carry 50 tonnes.

But what is it that those aircraft carry? The lay public is tuned to the idea of those flying machines carrying tanks, Armoured Personnel Carriers and troops bristling with weapons who move out in style as soon as the ramp opens on landing — as movies show. Well, this does happen, but only sometimes. Mostly, it’s cartons of food, fruits and vegetables, sacks of atta, dal and rice, condiments, milk, medicines, etc., that form the bulk. The famous saying, an army marches on its stomach, is true — for a soldier has to be fed well to fight well. In earlier times there used to be ‘MOH’ (meat on hoof) too –– live goats for the non-vegetarians, now replaced with frozen foodstuff. The credit for having a well-oiled procedure goes to the Army Service Corps which runs huge contracts, not only for food items, but also for FOL — fuel, oil and lubricants — that need stocking up, for day to day use as also for a hot war when their consumption increases many times over. The Ordnance Corps does the same for armament, while the logistics branch of the IAF looks after both these aspects in the Air Force.

Logistics is not just bean counting, as it were, but an art and a science. It’s not for nothing that Op Logistics has become a specialised study. In war, good logistics and logisticians sometimes become the difference between defeat and victory. During the Korean war, while planning his audacious Inchon landings that cut off the North Korean and Chinese troops from their sustenance routes, Gen MacArthur said, ‘The history of war proves that nine out of ten times an Army has been destroyed because its supply lines have been cut off… we shall land at Inchon and I shall crush them.’ And this is what he did. Closer home, during the Kargil conflict, the most telling blow that sapped the Pakistani intruders was the destruction of their Muntho Dhalo logistics camp by IAF’s Mirage-2000 fighters.

So, with the load safely secured, the IAF aircraft take off from Chandigarh before sunrise, so as to land at Leh before temperatures rise and before the sun comes above the crest of the hills that overlook the town. If the sun is just cresting the hills, the pilots are looking straight into it and get blinded. Ever thought of such a peculiarity? Well, there are many more that those intrepid pilots who have been flying in these areas will recount. Mi-17, Chinook and Cheetal helicopters then take over and fly those vitally needed items to the forward posts. In terms of tonnage, the choppers may airlift a miniscule of what the transport aircraft carry but their last-mile connectivity flights are vital for the jawans there. This joint effort of the Army and IAF logisticians, the technicians who maintain the aircraft and aircrew who fly them are vital cogs in sustaining the morale of our troops.

As our jawans hunker down for the coming winter and IAF elements keep their skills honed, it would only be appropriate to remember the unheralded back-end men and women of the armed forces. As Gen Chuck Horner of the USAF remarked, ‘Be nice to your mother but love your logisticians and communicators.’

And as the IAF keeps its powder dry, its air maintenance of the forward posts carries on regardless. Many happy landings, air warriors! May you always touch the sky with glory!