The cauldron that is Gulf 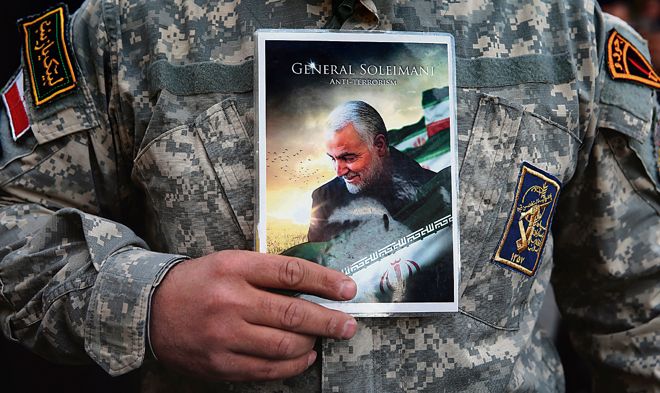 Wrong move: US made a huge mistake in killing Soleimani, as he was, at that time, visiting Iraq to seek some understanding with Saudi Arabia to reduce tensions.

One of the most destabilising factors in India’s relationship with countries across its western Indian Ocean neighbourhood has been the continuing tensions in Iran-US ties. There was a brief thaw when President Obama succeeded in forging a global consensus in negotiations to end sanctions on Iran, while halting what was evidently a quest for nuclear weapons capability by the Islamic republic. The UN-backed negotiations involved all permanent members of the Security Council, Germany and the EU. The world heaved a sigh of relief when Iran accepted intrusive IAEA inspections and the crippling international economic sanctions on Iran ended.

India was relieved, as the end of sanctions gave it an opportunity to move ahead with work on the Chabahar Port. This facilitated India’s access to Afghanistan and Central Asia, bypassing Pakistan. It led to India diversifying its sources of oil imports by the resumption of substantive oil imports from Iran. All these gains were nullified when the mercurial Donald Trump took over as US President. Egged on by his close aide and son-in-law, Jared Kushner, and by Israel, Trump embarked on a policy of uncompromising hostility towards Iran and the reimposition of sanctions in 2018. The entire West Asian region, extending from the Straits of Hormuz to the Suez Canal, has now become the most unstable and violence-prone region in the world. This will impact our oil import costs and energy security adversely.

The timing of the US drone strike, in which Iran’s General Soleimani was killed, was particularly disastrous. The US made a huge mistake in killing Soleimani, as he was, at that time, visiting Iraq to seek some understanding with Saudi Arabia to reduce tensions. With over a million Iranians attending his funeral in Tehran, Soleimani has etched his name in the annals of the history of the Shia-dominated region, where martyrdom is revered. Ever since he took over as head of Iran’s National Guard, Soleimani emerged as a brilliant strategist, as Iranian influence increased across West Asia. He armed and trained Shia militias in Iraq, Syria and Lebanon, and created serious problems for Israel on its borders with Syria and Lebanon.

He also played a major role in backing Shia militias in Syria and joining hands with Russia to ensure that US-led efforts to unseat the Assad regime in Syria were defeated. This upset US and Israeli aims in Syria and Lebanon. Iran has succeeded in building a virtual ‘Shia crescent’ in partnership with Iraq, Syria and the Hezbollah in Lebanon, thereby challenging a powerful US-Saudi alliance. But, Soleimani also overplayed his hand in dealing with Iraq, the only other Shia-dominated major power. While he played a brilliant role in helping Iraq defeat the IS, the Sunni minority and large sections of nationalist Shias resented his dominating behaviour.

Iraq’s supreme religious leader Ayatollah Sistani condemned Soleimani’s killing and criticised the overbearing approach of both the US and Iranian leaders, including Soleimani. He noted: ‘The latest dangerous aggressive acts, which are repeated violations of Iraqi sovereignty, are part of the deteriorating situation.’

West Asia has now become a centre of internal squabbling and rivalries, with civilisational (Arab-Persian) and sectarian (Shia-Sunni) dimensions, even as Turkey flexes its muscles with Imperial Ottoman pretensions. While China has made deep inroads economically into Iran and Iraq, the Gulf monarchies are pro-US. Russia has made inroads into Saudi Arabia and established its presence, with decisive actions in Syria, where the US had to beat an ignominious retreat. New Delhi has persuaded most Arab countries to delink their relations with India and Pakistan. Intra-Arab rivalries, however, continue, as Qatar resists Saudi domination. How do all these developments affect India’s vital interests in a region where there is high regard for India?

The first reality is that the Gulf and West Asian regions will remain areas of rivalries, together with the complexities of the Israel-Palestinian issue. Secondly, the US is showing some understanding that while its military presence is important, it is also enhancing rivalries and violence. Iraq, with a substantial Sunni population, is finding the military presence of Iran and the US divisive. Saudi Arabia appears to be realising the perils of military misadventures. Its military intervention in Yemen has undermined even its internal security. The most encouraging initiative, which was undermined by Soleimani’s killing, was the diplomatic effort to promote dialogue between Iran and Saudi Arabia through Iraq.

The recognition by the US and Iran that military confrontation would be counterproductive has caused them to pull back from the brink. But given Trump’s inclinations, Iranian ambitions and Israeli imperatives, the jockeying for power will continue. The redeeming feature has been that despite these tensions, world oil prices have remained below $70 a barrel. Sharp rises in prices will have an adverse impact on our already sluggish economy. Despite Russian efforts to work with Saudi Arabia and others to get higher returns from oil sales, the rapid growth in production of shale oil and gas in the US has protected oil-importing countries like India from rapidly rising oil prices.

India’s focus will remain on the welfare of 7 million Indian nationals living in the region, assured supply of oil at reasonable prices and finalising agreements on investments by Gulf countries —of around $100 billion — in its petroleum and petrochemicals industries. Moreover, the security situation has to be continuously assessed, as China and Pakistan hold extensive naval exercises, just after China, Russia and Iran held joint exercises across the Straits of Hormuz.