The creation of Bangladesh 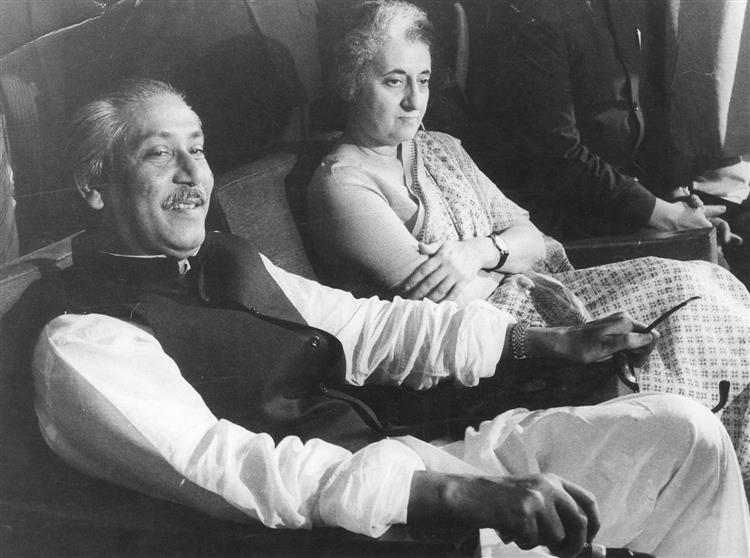 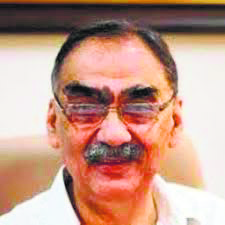 PM Modi will participate in the 50th anniversary of Bangladesh’s independence on March 26 in Dhaka as the guest of honour. This is only fitting because of the role played by India under the leadership of PM Indira Gandhi in assisting Bangladesh in its war of independence in 1971 to end West Pakistani colonialism. The focus in Dhaka will be on the courage and resilience of the Bangladeshi people who overcame the genocidal onslaught of the Pakistani army against its then co-nationals. It will also be on Sheikh Mujibur Rehman whose birth centenary Bangladesh is currently celebrating. He embodied the aspirations of the then East Pakistani people for equality within Pakistan, and as that prospect became remote, for throwing off the West Pakistani yoke.

Amidst all the celebrations, will Indira Gandhi’s leadership be recalled, and if so, to what extent and in what terms? Also, later in the year, as India marks the golden jubilee of its victory in the 1971 War, how will it honour the leader who led the country with skill and iron determination to victory against very great odds? Her later mistakes cannot take away her 1971 achievement.

Whenever people look back to the events of 1971, their attention is claimed by the success of the Indian Army or shifts to the controversies generated by the Simla Agreement of July 1972. Consequently, the political and diplomatic successes of 1971, which provided the foundation for military achievements, have fallen into the crevices of public memory. However, Indian diplomacy leading to the Simla Agreement and Indira Gandhi’s specific role in its conclusion is evaluated—and certainly criticism can be levelled on many aspects of the agreement and the assumptions that led to it— should be segregated from the political and diplomatic management of 1971.

But first, how should the events of 1971 be evaluated in strategic terms, both on account of their challenges and opportunities? After the trauma of the Partition with its attendant dislocation, the next strategic challenge the country faced was in 1965 when Pakistan sought to wrest J&K. Did the extended 1971 drama pose a greater threat to the nation’s interests as compared to the 1965 Pakistani aggression? Since 1971, has the country been confronted by an overall threat that can compare to that difficult year? Howsoever strategic experts view these different situations, there is little doubt that 1971 was a supremely difficult year which required flawless coordination of all aspects of national power. These included military and diplomatic and also political to ensure unity and social cohesion as the country navigated the enormous obstacles that came its way.

Indira Gandhi’s government achieved the integration of all these diverse elements to convert challenges into opportunities. Indian actions led to basic changes in the map of the Indian subcontinent. The independence of Bangladesh also eroded the view that religion by itself can be a lasting glue for nationalism, thereby destroying the two-nation theory.

The December 1970 Pakistani election shocked the Pakistan army and West Pakistan political elite because Sheikh Mujib’s party, the Awami League, secured 167 of the 169 seats of East Pakistan and had sufficient numbers to form the federal government. The army led by the then dictator and President Gen Yahya Khan and the West Pakistan political leaders were determined to prevent this from happening, for they feared that Mujib would end their domination by insisting on provincial autonomy and the end of exploitation of the country’s eastern wing. When negotiations failed, the army began an unrestrained massacre of the Bangladeshi people on the night of March 25, 1971. It especially targeted the Hindu population. Refugees started to pour into India, and by the time armed hostilities began in December, around one crore had come into India. It was an intolerable strain.

India had gone through political turmoil with a split in the Congress in 1969 and elections called by Indira Gandhi were held in March, which she swept. She was sworn in as PM for a fresh term, only around 10 days before the Pakistan army’s crackdown in Bangladesh. As the refugees began to cross over, people demanded military intervention to stop the slaughter. The military made it clear that it would take months to prepare and would prefer to wait till November, when the weather would permit quick and decisive action to liberate Bangladesh. Diplomatic work was also necessary to prepare the ground for the intervention, especially as it became clear that the US was against the break-up of Pakistan.

India’s diplomatic efforts were directed at cultivating western liberal opinion, which, when facts were brought to its attention, was appalled at the Pakistani action. But western governments and Islamic countries remained unmoved, for they wanted the preservation of Pakistan’s territorial integrity. President Richard Nixon and his NSA, Henry Kissinger, remained hostile to India. China, too, made threatening noises. The top leaderships of both countries were personally grateful to Yahya Khan for his role in enabling their initial contacts in secrecy.

In this international situation, India took the precaution of securing Soviet support through a friendship treaty which implicitly ensured its support against aggression. Indira Gandhi did not let India’s commitment to non-alignment to inhibit the demands of realism. She also gave full support and shelter to Bangladeshi leaders who set up a government in exile, and also the Mukti Bahini that launched a resistance campaign.

Indira Gandhi’s speech in Parliament, announcing the surrender of Pakistani forces and declaring ‘Dhaka is the free capital of a free country’, is one of the shining moments of the Republic’s history, as is the iconic photograph of Pakistan General, AAK Niazi, signing the instrument of surrender.