The day I escaped blast in J&K : The Tribune India

In troubled areas like Jammu and Kashmir, violence and its brutal aftermath are a constant part of daily life, and it requires both professionalism and providence to survive and succeed. Two instances demonstrate that in ample measure 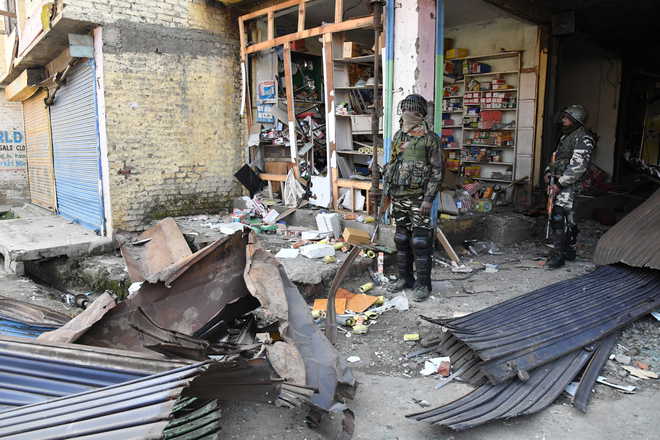 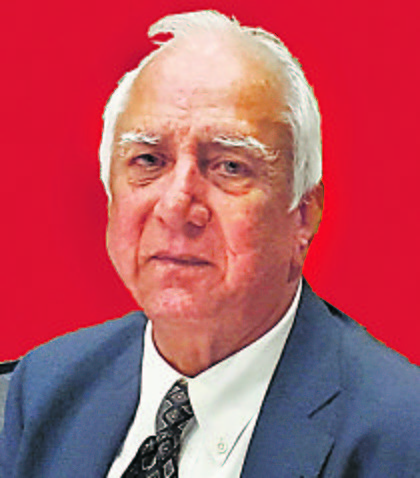 The writer is ex-chairman of UPSC, former Manipur Governor and served as J&K DGP

Today, I thought I would recall some of the events occurring in Jammu and Kashmir in the late 1990s where I was then posted as DGP. I would normally visit the place wherever a serious terrorist incident had taken place. I would usually travel by the state helicopter and then drive to the scene of crime as the geographic distances in J&K are huge and a large territory had to be covered in a short time. Going by helicopter reduced the level of force deployment along the route and also decreased the risk element. A serious crime had taken place in a village near Rajouri and I took the helicopter to visit the village. My staff officer was with me and the village was a short distance from the helipad. We reached the village and interacted with the villagers, along with the police station staff, who had reached earlier. While flying to Rajouri, I had told my staff officer to fix a meeting of the local officers at the Police Lines after the visit to the village.

The idea was to discuss the local law and order situation. The helipad was very close to the Police Lines but as we were approaching the site on our return, I abruptly told the SO that I wanted to skip the meeting and go to the helipad directly. The SO correctly pointed out that the officers had already arrived and it would take a few minutes only to attend the meeting. I was, however, adamant and we went to the helipad directly. Just as we took off, we heard an explosion from the direction of the Police Lines and on enquiry were told that it had taken place in the office where the meeting was to be held and it was close to the chair I would have occupied. Luckily, the officers had been waiting outside and there were no casualties and we therefore did not need to land again to oversee the fallout. Also, experience had taught us about the possibilities of a secondary explosion which might be encouraged by my presence. So, was it a coincidence? Sixth sense or divine intervention? Call it what you may, but many police and armed forces personnel have had similar experiences (the case was worked out subsequently). I narrate this and the subsequent incident so the reader may get a sense of what transpires in troubled areas where violence and its brutal aftermath are a constant part of daily life, and how it requires both professionalism and providence to survive and succeed.

I had gone to J&K on deputation from the Punjab cadre on the instructions of the MHA and with the full concurrence of the Chief Minister, Dr Farooq Abdullah. The CM, at the very outset, had assured me that he would not interfere in the internal administration of the Police Department and would only help at the infrastructure level and in the modernisation of the police force. The goal was to rebuild the J&K Police and enable it to combat the proxy war and terrorism in the state. In this, we had the full support of the MHA. To put things in perspective, J&K was a war zone in the late 1990s, culminating in the Kargil war. The CM was true to his word and neither he nor his family members ever interfered in any matter. However, when it came to his ministers and MLAs, it was another story. Since I was an outsider and not known to them, they did not approach me, or if they did, no favours were done. This put immense pressure on the CM, but he managed to forestall it most of the time.

One day while attending office, I got a message from the CM’s office that he wanted me to see him immediately. Since I knew he was attending a Cabinet meeting, I replied that I would come after the meeting. However, I was told to go immediately and proceed to the room where the meeting was taking place. This set some alarm bells ringing but I proceeded to the meeting. On entering, I found the atmosphere quite frigid and ominous. The CM was grim-faced and asked me to take a seat. For those who do not know him, Doctor Sahib has a great flair for drama and can create the atmosphere he wants to. He had a good look at his ministers and told them that the DG was there and they should talk about their grievances directly instead of pestering him all the time. The ministers let go of their pent-up feelings, but it was all about recruitment at various levels and postings and transfers. When this had gone on for some time, the Chief Minister looked at me and asked me to answer them. Briefly, I explained that the recruitment was being done in a fair manner and in fact I was personally recruiting some boys from the border villages and everybody was very happy (except the ministers and MLAs). Of course, there were no quotas for ministers, MLAs and so on. As for postings and transfers, they were on merit basis and in this war we were fighting there could be no room for any interference. The single most important element in the anti-terrorist war was the placement of the right officers in the field. They had to be men of courage, vision, capable of strategic and tactical planning and above all, had to be leaders of men. Leaders who led from the front. Each one was carefully selected by myself and a team of senior police officers, briefed by us and then fully backed in the field. The CM knew all this and was aware and supportive of this.

Coming back to the meeting, the CM then turned around to the Cabinet and in a very persuasive manner said that the MHA had sent this DG and if he failed because of their interference, he would go scot-free and the blame would be on them. In case they did not interfere and he failed, the onus would be on the DG and the MHA. There was pin-drop silence after this and no more arguments. He subsequently turned around to me and told me that I could go but that he would expect results. I came out full of admiration for the finesse with which he had dealt with the situation.

There are new actors there in the theatre of J&K now. It is an age-old story — the history of nations is the history of wars. Men are always trying to draw dividing lines on maps and impose their will on the people. J&K has had many rulers; the Mughal empire ruled for centuries, followed by the Afghans during the decline of the Mughals and that period is remembered for immense cruelty. The Sikh empire freed the region of the Afghans and it was a short time of relative peace, followed by the Dogra rule under the tutelage of the British. In 1947, Kashmir acceded to the Indian Republic. There have been many rulers of the land with the passage of time. What will be remembered will be the kindness, fairness, prosperity or cruelty of the period. History will record it, people will remember it. Generations have been brought up now which have not experienced the beauty of the gardens and lakes of Kashmir — Shalimar, Nishat, Chashma Shahi, the great lakes of Dal, Wular and Nagin… the vibrancy of life which was associated with them, the tourists who thronged these markets and the trade which happened… all pages of history and memories. For my part, I walked with giants — quiet men, they know who they are and what they did in the defence of the Republic.