The end of a dream

In ‘New India’, every dissenting voice is seen as a conspiracy against the nation 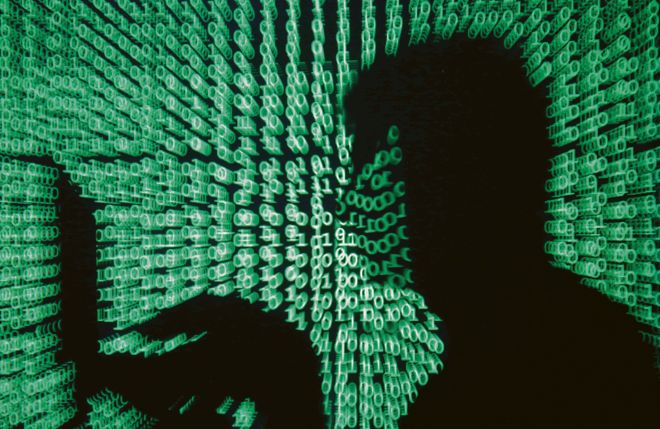 Snooping: In the dystopian age, technology does not liberate us; it is a chain of surveillance. Reuters

Think of living in a society where surveillance is normal, and sedition charges are routinely filed against politico-cultural dissenters. And think of the ruling regime that wants us to believe that the allegations of surveillance using Pegasus spyware are wrong, and everything is perfect except the noise made by a set of ‘disruptive’/ ‘anti-national’ conspirators. Is it the end of a dream that many of our freedom fighters strove for—the dream of a new India evolving through the spirit of decolonisation, and cherishing the values of equity, justice, moral, intellectual, political freedom and symmetrical cultural pluralism? Is it the time to throw all these principles into the dustbin of history, and get ready to enter the dystopian age?

Yes, it is frightening. Yet, we have to acknowledge it. And possibly, we too have to look at ourselves to comprehend why this dystopia is becoming so obvious. Let us reflect on the tyranny of power, and the trivialisation of fundamental democratic principles. Dialogue is replaced by the monologue of the supreme leader; majoritarianism is equated with the ultimate virtue; every dissenting voice is seen as a conspiracy against the nation; and the widespread network of the propaganda machinery with its technological glitz and patriotic noise seeks to transform everything into its opposite—say, a rights activist into a terrorist, a professor with conscience into a conspirator, or a young/idealist student into an enemy of the nation. Is it that you and I too are becoming increasingly used to this culture? Are we escaping from freedom, and accepting the cult of narcissism? Or is it that with the tyranny of power and the emergent authoritarian personalities, the state seeks to generate the psychology of fear amongst people?

We live amid fear—the fear of being targeted, and branded as a ‘conspirator’; the fear of being observed and monitored through the newly formed sophisticated technologies of surveillance; the fear of being sent to a dark cell of a non-hygienic/over-crowded prison, and not granted the bail. Well, the likes of Gandhi, Ambedkar and Bhagat Singh might have cherished the principle of freedom, and modern/enlightenment philosophers might have generated this aspiration. But then, in this dystopian age, freedom, it seems, is a myth. Is it that we are abandoning the idea of freedom except the superficial freedom to buy and consume, or surf multiple television channels, and watch cricket, soap operas and spicy Bollywood stories? As the findings of the Pegasus project have revealed, there is no notion of privacy; and the telephone number of anybody, be it the Supreme Court staffer who accused a former Chief Justice of India of sexual harassment or Rahul Gandhi, can be potentially targeted. And it is obvious that these technologies of surveillance would further promote an authoritarian political culture.

And at the same time, this phenomenon of the ever-growing chains of surveillance leads to yet another important question relating to our everyday life. Is it that it is not just the State, but you and I too have begun to celebrate and internalise the idea of surveillance? Yes, the CCTV camera has entered the very soul of our existence. The school principal is observing, monitoring, hierarchising and disciplining her colleagues and students; the gated community is observing every visitor; and some ‘alert’ parents observe their children through the eyes of the CCTV camera. From railway stations to airports, from market complexes to cinema halls—we are under surveillance. And in the name of ‘safety’ and ‘security’, we seem to have accepted it; in fact, it would not be wrong to say that we are demanding more and more surveillance. This is the irony of our times. In a way, we too have prepared the ground for the arrival of a state that seeks to enter even our bedrooms.

Likewise, we should also ask ourselves a question: Do we really like to value and preserve our privacy? See the way with our obsessive indulgence with the ever-growing communication technologies, everything private about our lives is becoming a commodity for public consumption: be it a honeymoon picture or the new car bought at the time of Diwali. For many, it is not very easy to retain the distinction between the ‘private’ and the ‘public’ amid the Facebook/WhatsApp-induced temptations of ‘sharing’, ‘following’ and ‘subscribing’. As technology seduces us, we fall more and more into the chains of surveillance. In the dystopian age, technology does not liberate us; it is a chain of surveillance.

What is the message that this dystopian message is conveying? Abandon the idea of freedom. Instead, be a loyal conformist. Deny your creative agency, and wait for the miracle to be delivered by the supreme leader. Follow the prescribed ideology of nationalism—its symbols, its uniform and its military dream. And be ‘productive’; never question the ‘good intentions’ of the corporate empire to enhance economic growth and build smart cities; those who think of Gandhi and Marx, love Tagore and Sartre, read George Orwell and Michel Foucault, and speak of freedom, satyagraha and creative rebelliousness are ‘useless’, ‘non-productive’ and ‘dangerous’. And accept the logic of surveillance. It is for your benefit. It assures ‘safety’ and ‘security’; and it eliminates the possibility of all sorts of danger that might emanate from ‘terrorists’, ‘Maoists’, ‘environmental fundamentalists’, ‘disobedient journalists’ and ‘unruly’ university students!

It is for us to decide whether we are ready to enter this dystopian age, or acquire the courage to say that to live gracefully is to fly in the open sky.