The ethos of India is to protect the oppressed

Despite being persecuted in many Muslim-majority nations, the Ahmadis have tried to advocate human rights for all religious and persecuted minorities. Qadian can be called as holy a city for the Ahmadis as Nankana Sahib or Kartarpur are for the Sikhs. They should be allowed to return to their spiritual and ancestral home and have a pathway similar to ways outlined in Citizenship Amendment Act. 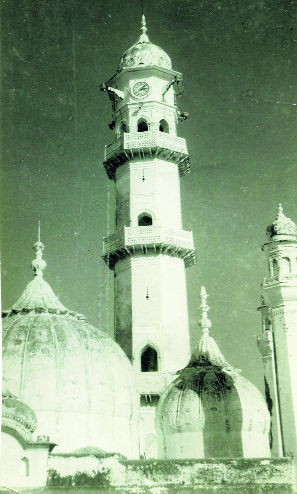 Aqsa Mosque: It was built at Qadian under the direction of the founder of the Ahmadiyya movement, Mirza Ghulam Ahmad. 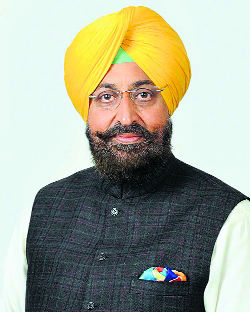 The Parliament of India recently passed the Citizenship Amendment Bill giving those who entered the country illegally a pathway to citizenship if they were Hindus, Buddhists, Sikhs, Jains, Parsis and Christians from Pakistan, Afghanistan or Bangladesh. During the debate in the Rajya Sabha, I sought a clarification from the Home Minister about whether the government had plans to include those Muslims who are persecuted in these countries, in the Bill, then being discussed.

Through the course of the Bill being discussed in the Rajya Sabha, there were many who stated that since there are enough countries that have Muslim majorities, these persecuted sects, especially the Ahmadis, can go to any one of those, but need not come to India. Such arguments fail to acknowledge the history of Islam in India and undo the significance of the secular ethos of our modern institutions as described in our Constitution. Furthermore, such arguments also fail to understand that the Ahmadiyya movement was not one that began elsewhere in the world. It began at Qadian, a town in Punjab.

The founder of the Ahmadiyya movement, Mirza Ghulam Ahmad, was born at Qadian. He began his teachings here to restore morality, justice and peace. He also recognised the noble teachings of great religious figures, including Zoroaster, Abraham, Moses, Jesus, Krishna, Buddha, Confucius, Lao Tzu and Guru Nanak. It was under his direction that the famous White Minaret and Aqsa Mosque of Qadian were built.

Three out of the four Khalifas of the sect were born at Qadian or lived and died in the town. Qadian was the home of the Ahmadiyya movement till 1947, when, amid riots, many Ahmadis of Qadian emigrated to Pakistan under the guidance of Chaudhry Sir Zafarullah Khan. In 1949, the Ahmadis established a new city, Rabwah. Nevertheless, the yearly congregation of the Ahmadis still takes place at Qadian in December.

In 1953, Lahore witnessed riots that were carried out by anti-Ahmadiyya groups with the purpose of massacring those who were Ahmadis. In 1974, the Government of Zulfikar Ali Bhutto passed the Second Amendment to Pakistan’s Constitution, which declared the Ahmadis as ‘non-Muslims.’ In 1984, the Zia-ul-Haq government promulgated Ordinance XX, which further prohibited Ahmadis from identifying themselves as Muslims, using Islamic texts to pray and publicly practising the Islamic faith.

The persecution of the Ahmadis is seen through other means as well. During the 1953 anti-Ahmadiyya protests in Lahore, one of the demands of the protesters was the removal of Sir Zafarullah Khan from the Foreign Ministry. Sir Zafarullah Khan was one of the earliest Ministers of Railways of India, during the British Raj and went on to become the first Asian President of the International Court of Justice at The Hague. Abdus Salam, the first Nobel laureate from Pakistan, was an Ahmadi. His tombstone has the word ‘Muslim’ covered over. In 2010, 94 Ahmadis were massacred during their Friday evening prayers in Lahore by terrorist organisations. Over the years, many Ahmadis have also been publicly stoned to death by mobs for being a member of the community.

Given the anti-Ahmadiyya sentiment, the movement eventually moved its headquarters to London. The reason I lay out these facts is because those who argued that these individuals have other places to go to miss out a key detail in their rendition of the Ahmadiyya history: the foundation of the movement at Qadian. Their leaders, for over a century, came from the same place or lived and died there. They have a spiritual connection to the town, and it is only right that we allow them to return home.

Despite being persecuted in numerous Muslim-majority nations, the Ahmadis have tried to advocate for human rights for all religious and persecuted minorities. They, likewise, invest heavily in gender equality, education and other such programmes. It is interesting to note that numerous leaders from the community have also endorsed the separation of the church and the state.

To me, it is only natural that Qadian can be called as holy a city for the Ahmadis as Nankana Sahib or Kartarpur are for my Sikh brothers and sisters. Those who practise this faith should be allowed to return to their spiritual and ancestral home and have a pathway to citizenship, similar to the ways outlined in the Citizenship Amendment Act.

I take this argument a step further in positing that any and every minority community that is persecuted and oppressed within our neighbourhood should be allowed a means to come and find refuge here in India. After all, it was Mahatma Gandhi who stated that we must ‘assist any person who is oppressed, Muslim or Non-Muslim.’ To ignore the sufferings of any community is against the ethos of India.

It is important to recognise the beauty of our country that has incorporated different faiths, cultures and languages and built an institutional republic that

unites these diversities. The Citizenship Amendment Act must be amended to allow for any, who face persecution due to their beliefs in our neighbourhood, to come to India, and build a life, free from violence and fear. After all, as Jawaharlal Nehru said, “We must constantly remind ourselves that whatever our religion or creed, we are all one people.”