The Goa sojourn and the New Year twists and turns 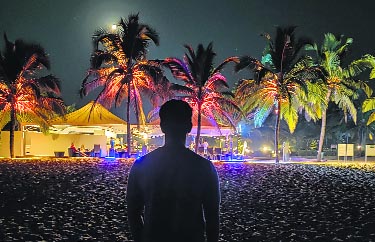 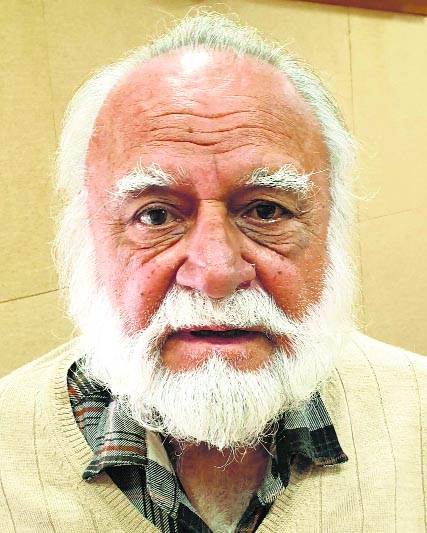 I Have done what many of those living in Mumbai, Delhi, Bengaluru, even Chandigarh and Kasauli, have done — escape to Goa. Earlier in the year, I managed to take the last flight from Delhi to Mumbai on March 22, the day the ‘Janata Curfew’ was announced, followed almost immediately by a complete lockdown in the entire country. I was lucky. Nobody then had imagined how long and serious the pandemic would become, and the many ramifications it would have. To be cooped up in one place, and that, too, mostly in my Mumbai flat, was very trying for a constant traveller and socialiser like myself. When my local club opened its tennis courts — first only for singles play and then doubles as well — it was a huge relief.

The decision to come to Goa was another big step, as any kind of travel has its hazards nowadays. But driving down from Mumbai, a distance of a little over 600 km, seemed to be safer than coming by air, train or bus. Besides, having your own car while in Goa is more convenient, given the exorbitant rates charged by Goan taxis. Earlier, there used to be only one driving route to Goa from Mumbai, a picturesque one along the coast, winding through the ghats, via Chiplun and Sawantwadi. But it is now being widened to take the load off the increasing traffic, hence work is ongoing there. The other, more recent, route is via Pune, and though a little longer, it is largely along a four-lane highway until Belgaum in Karnataka, after which it deteriorates when it enters a wildlife sanctuary, and then a ghat separating Karnataka from Goa.

During the Xmas and New Year season, Goa is at its festive best. Many of the houses are festooned with twinkling colourful lights and stars. Santa Clauses and enchanting Nativity scenes dot street corners and open spaces. The many churches ring out Christmas carols. It is a time for rejoicing for all communities, not only for the Catholics but Hindus as well. It is when Goa celebrates its inclusive character and communal harmony, happily intact till now, despite the recent divisive and hate-filled voices of the BJP hardliners. To his credit, the BJP Chief Minister, Dr Pramod Sawant, has kept them at bay.

Beef is the favourite meat of the Catholics and Muslims, as it is for most of the foreign tourists. With adjoining Maharashtra having passed a law against cow slaughter, Goa has been entirely dependent on Karnataka, the only other state with which it shares a boundary, for its supply of beef. But with Karnataka also just bringing in the same law, Goa was in a fix. It could not deprive some 35 per cent of its population — 30 per cent Catholic and 5 per cent Muslim — of their favoured food. There is so much talk these days of measures taken in “the national interest”. Is it in our country’s interest to decrease the flow of tourists to Goa, and indeed, to India as well? There has been an accompanying precipitous fall in beef exports, particularly to the Gulf nations. And let us not forget the entailing blow to the once-thriving tanning and leather industry, which is dependent on quality hide as a raw material. Have our political leaders taken all this into consideration? Or is it only vote banks that count?

Goa is a favoured destination for other reasons as well. It has excellent social parameters. After Kerala, it has the highest literacy rate and the best sanitation and healthcare. If you fall sick in Goa, medical assistance is easily and quickly available. There are state-of-the-art hospitals in the main towns. The only major parameter sorely missing is good Internet connectivity.

But there is trouble even in paradise. In Goa, it has come in the form of venal and short-sighted politicians. The days after the 1961 ‘liberation’ from Portuguese rule, when there were honest and motivated leaders, are long gone. There are, needless to say, corrupt politicians all over the country. But because Goa is such a tiny state with a population of only 1.4 million, corruption tends to get magnified. A prominent political family, one of whose members even became a Chief Minister, were notorious smugglers; another minister would openly ask for a percentage when giving permission for real estate projects; yet another was into illegal mining (Goa is rich in iron ore, coal and manganese). The names of these politicians were exposed in the local papers, but they brazened it out.

As the festive season approached, Goa witnessed a sight that would have been welcome in pre-pandemic times: a huge and unexpected influx of visitors from outside. It was almost as if many Indians had got so fed up of the lockdown restrictions that they needed to go where they could enjoy themselves unfettered by stringent rules. Air fares to Goa more than doubled, hotels were full, restaurants packed. One popular Italian restaurant, ‘Good Fellas’ at Benaulim in the south, got so much business that they had to turn away customers. Maharashtra had declared a curfew from 11 pm onwards, but Goa, perhaps unwisely, decided not to impose any. Goa partied as if there was no tomorrow. The beaches were thronging with revellers, ignoring social distancing, and even masks. Many had driven down from across the border from Maharashtra and Karnataka for the celebrations they were deprived of in their states. Deplorable, yes, but can you blame them for wanting to let off steam after almost a year of virtual enforced captivity?