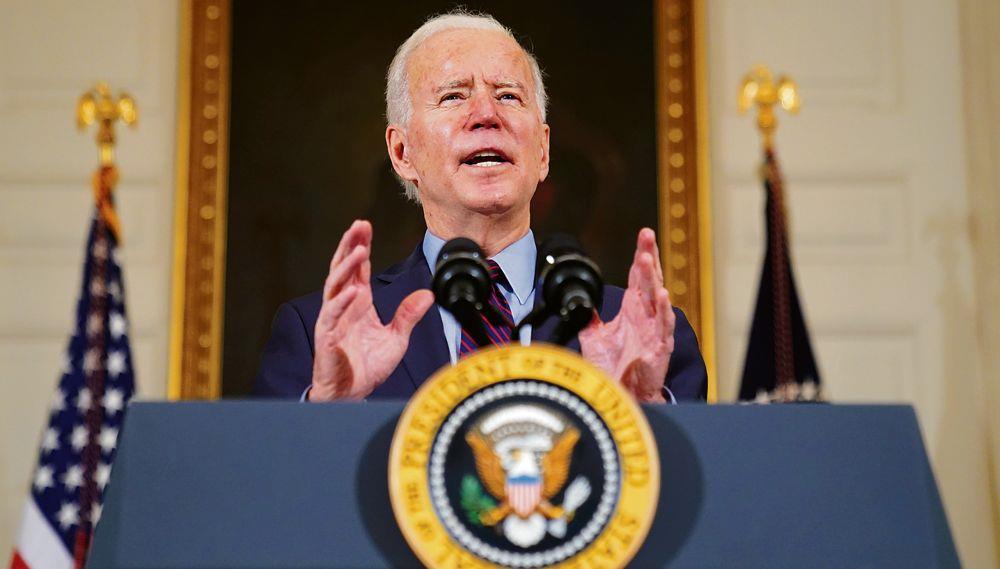 Centre of interest: The US is likely to give precedence to its military allies, Japan, South Korea and Australia. Reuters

In a major speech at the State Department on February 4, US President Biden set out his foreign policy agenda in considerable detail. The speech bears careful attention as it indicates the priorities for this administration. One may note that there is not a single mention of India. The Indo-Pacific strategy and Quad as means of dealing with the challenge of China are missing. This confirms the assessment that India may not be as key a partner for the US under Biden as it appeared to be under the Trump administration. The omission is even more telling since this administration has several top professionals who are familiar with India and have had intensive dealings with it during earlier democratic administrations. One cannot argue that there are no India hands in the administration. We may need to work harder to sustain and further develop the Indo-US partnership.

Biden laid stress on reviving alliance relationships describing them as ‘our greatest asset’. He added the phrase ‘key partners’ in the next sentence but gave no indication as to which countries are covered in this generic category. In the Indo-Pacific, the US is likely to give precedence to its military allies, Japan, South Korea and Australia.

There is acknowledgement of the adversarial relations with China and Russia but the early extension of the START agreement for another five years reflects the willingness to remain engaged with Russia. The same approach will likely follow with China. Biden said clearly that on issues important to US interests, it will engage with China and climate change will offer the entry point for resuming high-level engagement. But US-China confrontation will remain part of the geopolitical landscape. The subsequent phone conversation between Secretary of State Blinken and state councillor Yang Jiechi demonstrated mutual antipathy.

There are two other themes. One, the US will play a more active role on the multilateral front. This is reflected in the return to the Paris climate agreement, the resumption of membership of the WHO and a return to the UN Human Rights Commission. One should expect activism at the WTO in concert with the EU and Japan. The US may drop its opposition to the WTO appellate process by allowing fresh appointments to the appellate mechanism. It may no longer oppose the new Director General whose appointment Trump had held up. We did not see any indication of Biden’s interest in rejoining the Trans-Pacific Partnership or reviving negotiations on a Trans-Atlantic trade agreement. There continues to be caution on this front even as the WTO emerges as the forum where trade and investment issues may be negotiated. Both on climate change and multilateral trade issues, India could come under pressure. Biden obviously expects to leverage the US return to the Paris Agreement to pressure ‘major emitters’ to come up with more ambitious emission reduction commitments. India is already identified as a major emitter and will be expected to commit to achieving carbon neutrality, at least not later than China (2060). On the WTO, there is a long-standing record of bitter divergences on several key issues. Unless both countries make a major effort to manage these points of conflict, other more positive aspects of relations may be impacted.

The Biden speech is notable for its stress on democratic values and human rights as guiding principles of American diplomacy. He declared that ‘we must start with diplomacy rooted in America’s most cherished democratic values; defending freedom, championing opportunity, upholding universal rights, respecting the rule of law, and treating every person with dignity.’ There followed a long paragraph on the recent developments in Myanmar and the expectation that friends and allies will join the US in demanding restoration of the democratically elected government. India may not be able to oblige, given its equities in Myanmar. We should expect greater scrutiny of domestic developments in India. We are witnessing some of the likely strains on relations, thanks to comments in the US Congress on the ongoing farmers’ protests. There is an assumption that the US administration may remain muted on these issues, given the importance of India’s role in the Indo-Pacific strategy. The speech heralds a more difficult challenge on this score.

The initial moves on India’s western flank are encouraging. The US has changed its policy on Yemen. It could well engineer its return to the Iran nuclear deal. Here its allies and its adversaries, China and Russia, have a vested interest in facilitating the revival of the agreement. They will do the heavy lifting. This would be good for India.

One should expect the Indo-US partnership on defence and counter-terrorism to remain strong. Despite Biden having neglected to mention it, India’s role in maritime security and in Quad remains indispensable.

One is unable to see the likelihood of PM Modi and Biden developing the kind of personal chemistry that was evident with Obama and more so with Trump. Biden has announced that he would convene a summit of democracies and India would certainly be invited. The date is uncertain. Perhaps before that there would be a G-7 summit hosted by the UK Prime Minister to which PM Modi is invited. That could be an occasion for a summit with Biden and for putting in place a positive and constructive trajectory for Indo-US relations. The democratic connection had helped us in clinching the Indo-US nuclear deal. President Bush, like Biden, was invested in promoting the democratic values. India and the US had together launched the UN Fund for Democracy in 2005. Perhaps we need to revive this initiative at this juncture.

The bottom line: strengthening Indo-US partnership may require more hard work than one may have anticipated.