The hollowness of a $5-trillion economy

Without a counterpart strategy, spurring just growth will mean a painful realisation for us, the one that many countries had in the 1970s and 1980s to their dismay. With a $5-trillion economy, the per capita GNP will remain a little more than $3,000 which will mean that India will remain a lower middle class country with extreme inequality and distress. 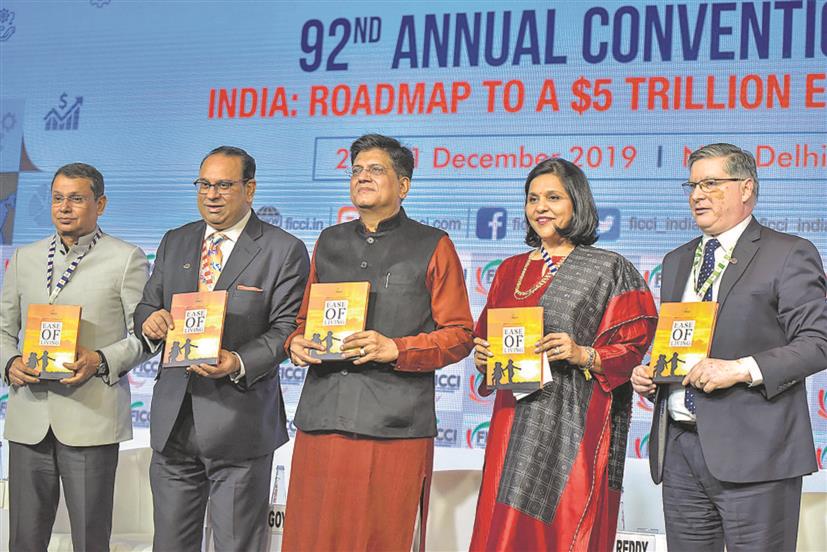 MOOT QUESTION: Will the growth envisaged help improve the quality of life of the bottom 50 per cent of the population? PTI 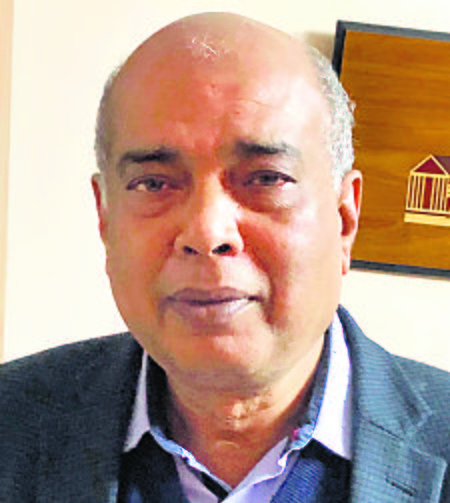 Former Secretary to Govt of India

It took the world a while to realise that the growth of Gross National Product (GNP) is not development. At best, the GNP per capita as a measure of the country’s output and well-being is growth in an extremely narrow sense. If the GNP per capita is growing at 6 per cent but the inflation is 7 per cent, there cannot be any improvement in the economic well-being of the country.

Here lies the rub — differentiating the real nominal growth. If growth dividends are majorly going to a minority group at the top, development of the bottom half of the population could be a distant dream. When the Finance Minister announced in the 2019 Budget session that India was already a $2.7-trillion economy and it would try to reach $5 trillion by 2024-25, she was erroneously referring to the nominal GDP. The real GDP at that time was close to $2 trillion and has now further contracted because of the pandemic.

In essence, there is consensus that development is a concept broader than just economic growth. By larger mobilisation of resources and raising their productivity, output levels can be raised in a relatively straightforward manner. Though it may be a necessary requirement, it is not a sufficient condition for development which requires a reduction in inequality, an improvement in employment and a drastic reduction in poverty. It will appear strange that even though the growth doubles, it will be foolhardy to call it development if the central problems remain unaddressed and unmitigated.

If there is no improvement or there is an actual decline in employment, equality and in the real income of the bottom 40 per cent of the population, the growth will bring in egregious consequences. At least the following components will have to be there for equity and inclusiveness: distribution and access to food, shelter, health and protection; provision of more jobs; better education; and availability of economic and social choices.

The achievement of an aspirational goal of $5 trillion in a limited timeframe, with an initial position of below $2-trillion real GDP post-pandemic looks difficult. Even if we come back to the pre-pandemic pathway by 2025, we may reach this target by 2035. That the destination has receded is not the point here. The point is what it means to the quality of life of the people at large.

Economist Jagdish Bhagwati has found that it is not growth per se, but the type of growth that matters. Whether the growth dividends go to a minority or are more distributed, whether they create employment and basic quality of life for the majority or get spent on what the elite want will define their impact on the population.

During the pandemic, nearly 31 million families have moved down from the middle class and nearly 100 million people have lost jobs. On the contrary, the industry is happy reducing the wage bills, doing mechanisation and raising its profits. The industries that are most likely to create employment, i.e. the medium and small industries, are going down under and the large ones which do not create employment are the poster boys. They are the ones that will get the 6 per cent productivity-linked incentive from the tax paid by the average taxpayers, with unknown consequences.

Where does India stand now? Our health system is broken and our education system finds it difficult to fly out of the morass. India stands at the 102nd spot on the global hunger index, 102nd on the human development index, 4th from the bottom on the world happiness index, 141st on the gender equality index, 142nd on the poverty index and is slipping on every index where human life matters. Will this growth envisaged help improve the quality of life of the majority of the population?

Without a counterpart strategy, spurring just growth will mean a painful and inevitable realisation for us, the one that many countries had in the 1970s and 1980s to their dismay. With a $5-trillion economy, the per capita GNP will remain a little more than $3,000 which will mean that India will continue to be a lower middle class country with extreme inequality and distress.

Governments typically allow themselves to believe that if the wealth pie increases, they can do the redistribution. Often, they fail to do the redistribution as they are aligned against powerful interests who are difficult to take on. Even here, tax marksmanship can be substantially off, as India’s tax-to-GDP ratio consistently demonstrates. But their ability to take up vanity projects goes up and leaders strut around on the world stage without much core strength.

Instead of the governments either trying to do distribution (if at all they do, they do it poorly) or waiting for trickle-down — which has mostly proved to be a myth — it is better they strategise growth and development where all three essential objectives of development are met. In this convoluted world, a word like ‘vikas’, which is a loose translation in Hindi of ‘development’, has come to mean more flyovers and expressways, some freebies, vanity projects and more contractor-driven projects. It will be a pity to stay prisoner to such decrepit ideas.