The problem that the world’s rich are facing is that central banks have slashed interest rates to make loans cheaper for businesses. That means putting one’s additional savings in a bank deposit isn’t going to fetch good returns. So, across the world, the rich are betting on the stock markets. This is the ‘retail’ frenzy that we are seeing in every country — from the US to Turkey and even China. India is no different. 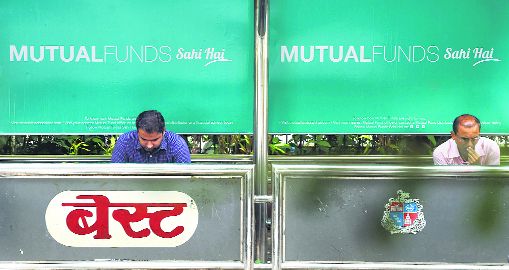 Lockdown effect: The rich are taking money out of long-term funds and investing them in short-term trades.

Imagine that you’re wealthy. It’s easy if you try. The coronavirus has eaten up your annual foreign holiday. You haven’t been to your favourite five-star restaurant for over three months. You haven’t even gone to the mall for your weekly retail therapy. You haven’t thrown a lavish party at home for an entire quarter. So, what have you done? You have saved.

Yes, it is most likely that your income has reduced. Maybe, you’ve taken a pay cut, or your business is shut and you’ve had virtually no revenue. Yet, you have such a large flow of rentier income — from property, dividends, interest — that you’ve still had a steady flow of cash coming into your bank account every month.

Okay, this might be a thought experiment for you and me, but it is the reality for the top 0.5 per cent of households in India, who own nearly three-fourths of all wealth in the country. In fact, it isn’t only India’s rich who are spending less and saving more. Data from across the world shows that the lockdown has increased savings amongst top income earners.

The savings are in part a byproduct of the forced cutback in spending, and partly a response to the growing uncertainty about the future. The problem that the world’s rich are facing is that central banks have slashed interest rates to make loans cheaper for businesses.

That means putting one’s additional savings in a bank deposit isn’t going to fetch good returns. So, across the world, the rich are betting on the stock markets.

This is the ‘retail’ frenzy that we are seeing in every country — from the US to Turkey and even China. India is no different. Last month, I had mentioned a report by CNBC’s Prashant Nair on increased retail participation across the world. Prashant has put out some more interesting data for the Indian markets: individual accounts made up nearly 86 per cent of market turnover in the first few days of July, compared to less than 71 per cent in March, just before the lockdown. Institutions, on the other hand, have taken a backseat. Total market turnover has increased by 51.6 per cent in June, compared to the average of the previous five months, whereas institutional turnover has increased by just 8.7 per cent.

Is this a sign that the average Joe has more faith in the resilience of India’s economy than professional fund managers? Quite the contrary. The rich are no longer investing — they are mostly trading. The former means buying a stock for the underlying business, and then forgetting about the ups and downs of the market for a few years. If the business grows, the value of your investment will also grow.

Trading, on the other hand, is to take advantage of short-term price movements, irrespective of what the underlying business is. A true trader cares only about price and volume history, and should be able to trade a stock without knowing its name.

The global economic crisis that the coronavirus has unleashed has shaken the confidence of the world’s rich in the future. It is not just about how long Covid-19 will last or when the world economy will come back on track. There is a general uncertainty about the stability of the capitalist system itself. People are no longer that sanguine about what will happen to asset prices and the value of their investments in the long term. So, they want to make the most of the present.

One reason why retail participation in the markets has increased while institutions are being circumspect is because the affluent are taking their money out of long-term funds and directly investing them in short-term trades. The lockdown has itself become a barrier for funds to raise money from those with extra cash.

In normal times, wealth managers, mutual fund sales people meet high net worth individuals (HNIs) face to face to induce them to invest. Right now, thanks to social distancing, direct contact has reduced significantly. So, the extra savings in flowing directly into stocks, instead of being mediated through funds.

These are clear signs that those who have money are cutting losses, or booking profits, wherever they had invested for the long term. They are using this liquidity, bolstered by additional savings, to make short-term bets in stocks.

This suggests that if and when there is a correction, investors will get out of their positions very quickly. If the fluctuations occur within the trend lines, supports and retracements that traders use to make their bets, we will see retail participation continue at this frenzied pace. However, if external events — such as bad news from corporate earnings, negative US economic data or geopolitical instability — cause the markets to crack, there could be a sudden collapse as everyone tries to exit at the same time.

Those with deep pockets will come out largely unscathed, as they would have made more in the past three months, than what they will lose if a market whipsaw catches them on the wrong foot. The small investor, who has painstakingly built a mutual fund portfolio over the past few years, will end up being the real loser. The rich will get richer, and the middle class will see their wealth wiped out.