Farmers, together with veterans, should celebrate Republic Day 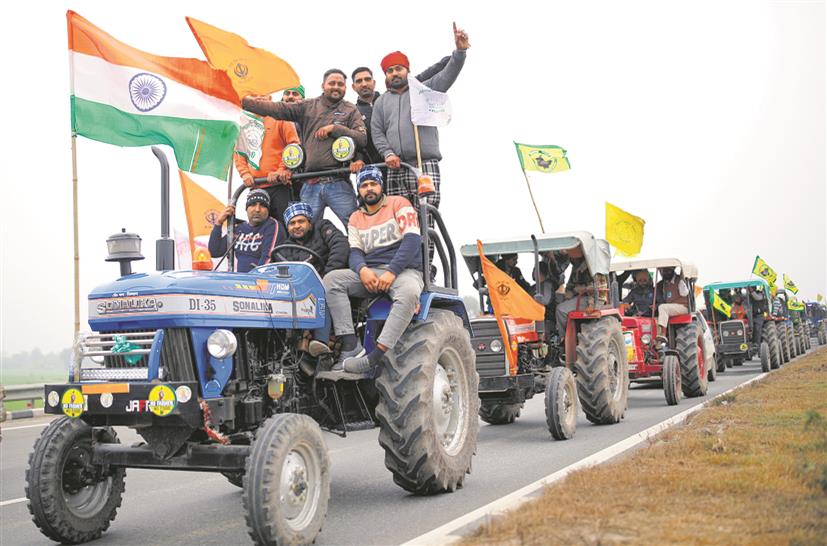 No lapses: Farmers will lose public support if they disrupt R-Day celebrations. Reuters 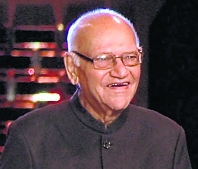 The protesting farmers of Punjab and Haryana have threatened to organise a tractor procession through well-trod streets of Delhi on Republic Day. This procession should not clash with the government’s Republic Day parade or other celebrations. The farmers will lose public support if they do that. In fact, they should be alert lest saboteurs try to provoke them to violence.

No political slogan should be raised that day. All sections of the populace, even those that the ruling party dubs anti-national, should be one on this day.

The best solution would be to have a celebratory parade of their own in another part of the city after prior notice to the Delhi Police and obtaining its permission to celebrate the sacred day. If they can muster the support of armed forces veterans, it would be a sort of coup! The armed forces are studded with soldiers, sailors and airmen from kisan families, who will surely be sympathetic to the cause of the farmers.

‘Jai Jawan, Jai Kisan’ is a cry that is extremely popular with the common man and that cry has reverberated through the ages. No political party can afford to belittle it. So, if service veterans are added to the parade of tractors with farmers’ families atop tractors, a memorable supporting parade can be organised in another prominent area of Delhi, distant from Rajpath.

If given due publicity, it will draw sufficient attention. There will be no antagonist feelings floating around — in truth, the atmosphere created should be deliberately fraternal. No political slogan should be raised that day. All sections of the populace, even those that the ruling party dubs anti-national, should be one on this day.

After all, the Prime Minister and Home Minister Amit Shah have both repeated often that their sole intention in introducing the three farm laws is the good of the farmers. They affirm that farm incomes will double. The farmers do not think so! They feel that the big industrial houses will fatten themselves on the farmers’ sweat and blood! Who is right? Can or will the farmers wait to find out? Or is it that they know better since it is they who till the fields and sow and harvest the crops. The politicians and experts' knowledge, according to the farmers, is based on theories that have not been tested, though genuine research should never be brushed aside.

The Supreme Court has dared to enter the arena where wiser men had feared to tread. There was no constitutional or legal adjudication involved, and yet it rushed in with eyes wide open. By doing so, the court gave the government some breathing space. More importantly, it gave the government time that could weaken the resolve of the protesters. The latter cannot afford to neglect their fields for such prolonged periods. And that is the possible gamble that seems to be enfolding.

As of now, both sides are adamant. Our Prime Minister is a man of steel, like his role model, Sardar Vallabhbhai Patel. He refuses to budge, though he is willing for a compromise. The farmers fear that the government’s experiment will fail, like demonetisation did. They refuse to take part in an experiment that may leave them ruined permanently.

But let us leave this political debate to the politicians and the object of their supposed largesse, the farmers, and revert to the issues that propelled me to write in the first place. I was influenced by an email I received from an old friend, a committed Modi supporter and a lady paediatric cardiac surgeon, who once was a co-trustee with me in the Public Concern for Governance Trust (PCGT) in Mumbai. Dr Ratna Magotra felt that the CCG, a group of retired IAS, IFS and IPS officers who write to the PM and other constitutional authorities on things that matter, should also write to the farmers’ leaders not to disturb the Republic Day celebrations, in particular, and not to defy the PM and his government in the manner they were now doing.

Since I agree with her view that Republic Day should be treated as sacred by every Indian, I had made my stand clear in one of my previous articles which had escaped her attention. I cannot in any conscience agree with her that no one should disagree with the PM, for that would mean that I agree that he is the repository of all knowledge. For instance, his calculations about demonetisation were proved wrong. I believe that a dose of humility in every human bosom will make the world a much better place to live in.

I understand my friend’s frustration when she finds that her hero is being baulked on his way to achieving stardom and a place in history. But even normal mortals face obstacles to success. In the case of world leaders, like Modiji, the tests will be infinitely more difficult. That is to be expected. The felicity and ease with which he tackles these difficulties will determine his place in history.

I do not pretend to know who is right in this debate between the government and the farmers. Will the three new farm laws double the income of the farmers? The government is certain they will. The farmers think just the opposite. If they were just playing a political game, they would have given up their protest long before. The government will require to think out of the box to cut this Gordian knot.

Staunch followers of Modiji should find a way to advise their idol to convince intended beneficiaries in advance that laws they intend to ram through Parliament, without much debate, are truly for the good of the beneficiaries, and not for the benefactor’s financiers.

‘Have a prioritization matrix and of course, the acute needs...