The obsession with ranking : The Tribune India

The obsession with ranking

Can the NIRF scale measure and rank the pursuit of knowledge and wisdom? 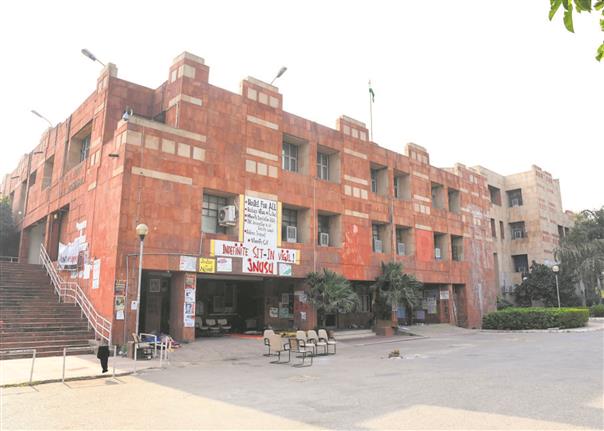 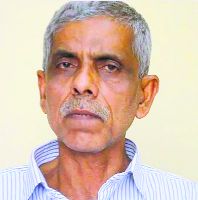 IT is obvious that a hyper-competitive world cannot imagine itself without the practice of ranking, grading, measuring and hierarchising. It abhors the idea that something can be immeasurable; instead, it seeks to measure everything, be it beauty, intelligence and development. This fascination with numbers and measurable scales does not spare even the domain of education. No wonder, we rank different streams of knowledge; we quantify the level of ‘productivity’— the statistics of publications, citation index, awards and prizes, or the employability of students; we rank schools, colleges and universities. Nothing can be unique with its qualitatively distinctive character, struggles, contradictions and possibilities. Everything has to be seen as just a number to be measured through a uniform scale. Mathematics triumphs; and nuanced ways of seeing the specificity of a learning community disappear. For instance, as the scale developed by the National Institute of Ranking Framework (NIRF) in 2021 suggests, whereas the score of IIT-Madras is 86.76, the score of Banaras Hindu University is 63.10. Is there something abnormal in this certainty of numbers?

Move around the campuses of Jamia Millia Islamia, Visva Bharati or JNU. An environment of fear, doubt and suspicion is palpable.

It is important to debunk the absurdity of this practice of ranking. Is it possible to say that the score of Walt Whitman is 9.4 and that of Rabindranath Tagore is 8.8? Is it possible to evaluate the impact of a professor of philosophy and a professor of bio-technology through the same scale? Are the Indian Institute of Science and JNU supposed to serve the same function? And if placement agencies do not show much interest in liberal arts and humanities, should it mean that the relevance of academic pursuits has to be evaluated through the eyes of the corporate empire? And if a teacher, instead of working on his CV, has dedicated his life to teaching and nurturing generations of students, can this absurd scale measure his relevance? Let us be bold enough to accept it: you cannot measure and rank the pursuit of knowledge and wisdom. Yet, this obsession with ranking goes on because it stimulates our egos, activates our war instinct, encourages brand consciousness, and promotes the rapidly growing publication industry (and any honest insider would admit that barring exceptions, these publications have become mere routinised and dull exercises—almost like mass produced factory products). It is by no means for nurturing ethically sensitive and compassionate seekers of knowledge and wisdom, and transforming universities into ideal sites that show the light of truth to the larger society.

Amid this obsession with ranking, what we tend to overlook is the real challenge confronting our universities including the ones which, as far as the NIRF scale is concerned, have scored pretty well. Are we courageous enough to accept that some of our public universities have been severely wounded in recent times? Move around the campuses of Jamia Millia Islamia, Visva Bharati or JNU. You would feel every wall is crying; you would feel intense pain, a sense of loss, and an environment of fear, doubt and suspicion. It is possible that professors publish their papers and attend international conferences; and students write exams and attend convocation ceremonies. However, a university ought to have a soul, or a spirit that nurtures the joy of learning and unlearning, encourages experiments with truth, celebrates academic and cultural pluralism, and above all, loves reflexive/critical/emancipatory thinking. It seems this spirit has been killed. Possibly, the academic bureaucracy has been instructed to see that the discourse of militant nationalism is by no means challenged or debated. As political, cultural and philosophical dissent is criminalised, our public universities are seeing more and more police barricades, and expulsions and suspensions of students and teachers who refuse to follow the ’line’. For instance, even if the NIRF scale certifies JNU as one of the ‘top ranking’ universities, the fact is that it is a wounded place. Is there any scale for measuring this wound?

Think of yet another crisis that emanates from the discourse of neoliberalism. The instrumental logic of market-driven profit is colonising the domain of education. As a result, it is thought that universities have to be ‘productive’ and ‘useful’; young students must be provided with the kind of skills that can transform them into potential employees the corporate empire is looking for. It causes two damages. First, it kills the idea of a university that embraces diverse and multiple knowledge traditions—say, philosophy, theology, music, physics, mathematics, history, literature, or creative arts; and sees beyond the techno-corporate notion of ‘utility’. Second, it makes a fundamental mistake by confusing the purpose of education with just skill learning; in a way, it dismisses critical pedagogy—a practice of teaching/learning that makes us reflect on the discourse of power and the aberrations of the status quo, and inspires us to imagine and strive for alternatives. It is sad that the onslaught of neoliberal discourse has begun to affect the nature of curriculum, culture of learning and interpersonal relationships in our universities—particularly, in fancy private universities and institutes of technology and management.

See the world we are living in. Here is a grossly uneven world brutalised by all sorts of violence, be it the violence of global capitalism or the violence of Talibanisation of consciousness. Here is a ‘risk society’ with massive ecological crisis, and constant threats of war, terrorism, emission from nuclear reactors and all sorts of health hazards. Under these circumstances, is it possible to imagine a new idea of a university—ecological, holistic, egalitarian and meaningfully cosmopolitan?

Are the experts of the NIRF capable of celebrating this imagination?