The race for Covid-19 vaccine

Biotechnology emerging as a major element in global power equations 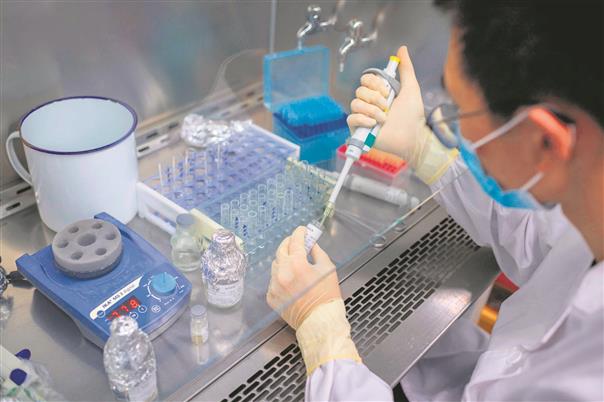 NECK & NECK: Of the 10 vaccines that are at the stage of human trials, six are Chinese. 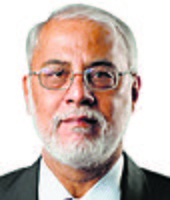 EVEN as the US is tightening the screws on China on account of 5G technology, another, perhaps more consequential, front may be opening up in its new Cold War with China. According to a report, Beijing may deploy a coronavirus vaccine as early as September, even if the clinical trials are not finished. This is being justified as an effort to protect ‘at risk’ groups like medical personnel, but it is also about who comes first in the race for an effective vaccine.

While a ‘gold standard’ vaccine will take time, the contest is as much about prestige as about saving millions of lives and earning billions of dollars.

This contest is as much about prestige, as about saving millions of lives and earning billions of dollars. For China, it is also about redemption, given its inexplicable delay in informing the world about the outbreak.

We can only hope that following the unseemly conduct of countries in restricting the export of medicines and medical equipment at the outbreak of Covid-19, we will not see ‘vaccine nationalism’ when their efforts bear fruit.

The Chinese see themselves against a US effort triggered by President Trump’s call, in mid-May, for developing a vaccine at ‘warp speed’. To meet the target of a vaccine by October — in part motivated by the US elections in November — the US’s Biomedical Advanced Research & Development Authority (BARDA) said they would provide $1.2 billion support to Oxford University-AstraZeneca to deliver 300 doses of their potential vaccine by the end of September.

As of now, there are 224 candidate vaccines in development globally, according to the data collected by the Coalition for Epidemic Preparedness Innovations (CEPI). While North America has the largest number of projects — 49 per cent — China is the furthest along the track with five vaccines in phase II human trials, more than any other country.

Of the 10 vaccines that are at the stage of human trials, six are Chinese, and it is the only country with a vaccine which has advanced to phase II. This is the Can Sino Biologics-Beijing Institute of Biotechnology product using the ‘non-replicating viral vector’ design, similar to the Oxford University one, and whose phase I trial was reported on May 22 by Lancet.

Other leading candidates are being developed by Pfizer and BioNTech of Germany, Moderna and Inovio of the US, and a clutch of Chinese institutions like Sinovac Biotech, the Wuhan Institute of Biological Products and the Shenzhen Geno-Immune Medical Institute. Most of them are completing their phase I trial.

Both the US and Chinese militaries are active in the vaccine development front. The Beijing Institute of Biotechnology, which is working with Can Sino, is part of the Academy of Military Medical Sciences, whose star is a top virologist, Major General Chen Wei. In the US, the Army Medical Research Institute and the Walter Reed Institute of Research are also working to develop a vaccine.

The effort is seeing innovative approaches and new kinds of partnerships to ensure that, when certified, the vaccine will be available at the fastest speed and most widely distributed. Besides AstraZeneca, BARDA has also agreed to give $483 million to Moderna and $500 million to Johnson & Johnson for their efforts. But, BARDA’s 300 million doses are obviously aimed to cover all US citizens. The real battle is to ensure that it reaches the globe’s billions.

For this reason, Oxford University has a prior agreement with AstraZeneca to distribute the potential vaccine at no profit for the duration of the epidemic. Another British effort through the Imperial College’s laboratory would bypass the drug industry entirely. According to the New York Times, the vaccine, using specifically engineered genetic material—RNA—is cheaper and easier to make than Moderna’s, which uses a similar technique, and so would be ideal for global use.

A major player in these efforts is CEPI, launched in Norway in 2017 to finance new vaccines. It has among its sponsors, the Norwegian and Indian governments, the Bill and Melinda Gates Foundation and the Wellcome Trust. CEPI has provided initial support and funding to Curevac, Inovio, Moderna, Novavax, University of Queensland, University of Hong Kong and Oxford University and a consortium led by Institut Pasteur and Clover Biopharmaceuticals.

AstraZeneca has arrived at a $750 million agreement with CEPI and GAVI to provide 300 million doses of their vaccine for the poorer countries by the end of the year. A major share of this effort will be achieved through the partnership with the Serum Institute of India, the world’s biggest vaccine maker based in Pune, to make a billion doses of their vaccine eventually.

Vaccines against viruses are notoriously difficult to develop. There is none, despite huge expenditure and effort, against HIV as yet. They can take a great deal of time, but the coronavirus pandemic is pushing its own envelope. A ‘gold standard’ vaccine—giving protection of six months, at least 50 per cent effective and able to prevent the transmission of the virus—will take time. The early vaccines may provide limited protection for frontline workers and medical personnel.

Technology has always been a major element in global power equations. Some of it has been good, and some bad. In some cases like nuclear power, it has both facets. But now, for the first time, we may be seeing biotechnology emerge as a factor as well.