It is reassuring to see New York’s skyline delineated by WTC-1 after 9/11. Along with it have come more additions, forming a grander and bigger vision. New York epitomises the land of opportunities, fortunes, enterprise and talent to reach for the sky. For millions of escapees of repression — as the Afghan crisis has shown — it is the promised land, emblematic of the free world. 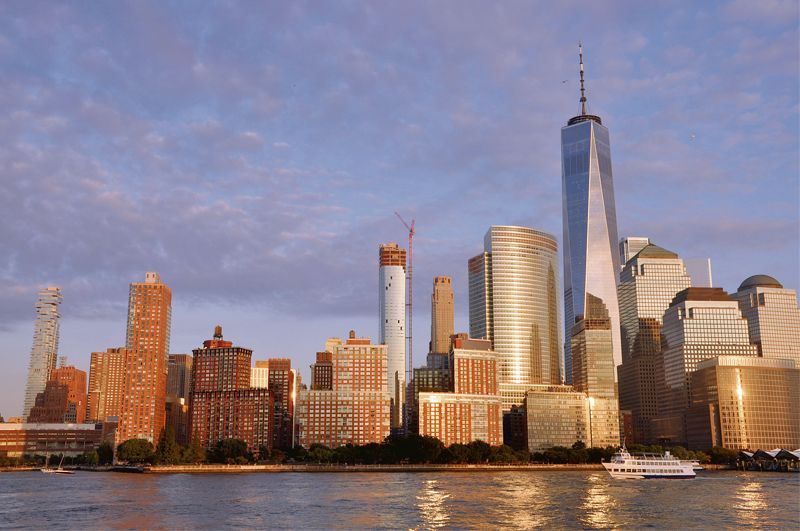 SYMBOLIC: After 9/11, New York resolved to build a grander WTC. Photo by the author 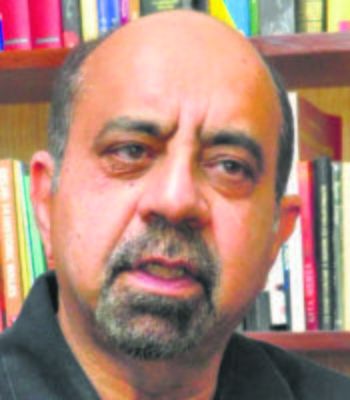 EDWARD Glaeser, eminent Harvard professor, in his 2011 seminal book Triumph of the City, serenaded New York and other global cities as “engines of growth” that propelled global economies. He argued that they brought together hugely talented people in close proximity and that generated greater productivity, innovation and enterprise. The glitz of closely-knit skyscrapers, denoting symbols of “strength” and “power of modern times” seduced high achievers.

However, this September 11, marking two decades of the 9/11 terror attacks in the heart of New York that killed nearly 3,000 people, will be a grim reminder of the fragility of such certainties of sky-soaring urbanism and dizzying assumptions of success.

Twenty years ago on this day, its legendary Twin Towers of the World Trade Center were reduced to rubble, leaving a gaping hole, ‘Ground Zero’, at the site. To rebuild and resurrect the demolished American spirit, New York resolved to build an even taller and grander World Trade Center, putting in the best of hallmark American might and entrepreneurial spirit.

The new and more ambitious programme for the site included not only the new World Trade Center, called WTC-1, but also five skyscrapers (1, 2, 3, 4 and 5 WTC), the National September 11 Memorial & Museum, a transportation hub and a performing arts centre.

With most of these key components now completed and inaugurated, the project symbolises a unique and unprecedented teamwork of international architects, artists and urban developers, their common objective being “the creation of a grand, inspiring new urban centre for 21st century New York.”

But clearly, the key defining project of this ensemble is the 104-storey WTC-1 — originally called the Freedom Tower — designed by architect David M Childs. It stands at a symbolic 1,776 feet, signifying the year America signed the Declaration of Independence. Amidst New York’s awesome skyline of iconic buildings, like the Empire State, Chrysler Building and many more in such eclectic classical, neo-classical styles, the newly erected glossy facade fills the void of the original World Trade Center reassuringly.

Notwithstanding such resilience and American muscle, the post-pandemic world, buffeted by climate change-induced devastating hurricanes, begs the question: are dense, vertical mega cities like New York relevant anymore? The pandemic saw many big corporate houses letting go of their huge expensive office spaces, with work-from-home models working reasonably well. Similarly, many upper crust executives moved from their high rental apartments in crowded Manhattan to greener and larger homes in the satellite towns. Even with the pandemic abating, the hybrid model of partial work from home is here to stay. It saves offices’ expensive real estate and, for employees, assures better quality of family life.

Not surprisingly, therefore, notwithstanding the recent catastrophes, the ‘Big Apple’ is gradually regaining its economic and cultural pulse. Its enigmatic laissez faire skyline is filling up yet again, with a warm, intimate and vibrant life on the streets.

Manhattan is the financial and cultural centre of the US and one of top financial capitals of the world, with an estimated GDP of over $1.2 trillion before the pandemic. It is home to the famous Wall Street, inspiring many blockbuster Hollywood films and international cinema. With the recent trend of businesses opening up, its famous adrenaline-charged bankers, stock brokers and investment experts will once again strut about briskly in their dark suits. Amidst this human carnival of racing, hurried people —eating, texting, chatting on their cellphones — one would still be hearing gentle peals of church bells from some old stone cathedral nearby, sandwiched between towering blocks, thankfully saved by New York’s heritage laws.

The Manhattan model of verticality has always evoked strong views, both admiration and scathing criticism.

Lewis Mumford, 20th century’s critic, historian and city planner, has said, “New York is the perfect model of city, not the model of a perfect city.” Le Corbusier, Chandigarh’s iconic architect-planner, when he first arrived in New York in 1935, awed by the dreamy spires of the high-rises soaring up in the sky, famously described it as “the Grand Canyon of concrete and steel.” However, his views changed after rejections from American tycoons as they turned down his proposal for restructuring the Manhattan grid with his own ideal of a vertical green. And, many may not be aware of his role in the designing of the UN building, albeit full of disappointing recriminations, too. Iconic contemporary architect and urbanist Rem Kool has countered, saying that the grid’s two-dimensional form created an “undreamed of freedom for three-dimensional anarchy.”

Whatever be the opinions about New York, it is reassuring to see its vertical skyline delineated by WTC-1 after 9/11. Along with it have come more additions, forming a grander and bigger vision. New York epitomises the land of opportunities, fortunes, enterprise and talent to reach for the sky. For millions of escapees of repression — as the recent Afghan crisis has shown — it is the promised land, emblematic of the free world.

The words at the base of the Statue of Liberty by Emma Lazarus, “Give me your tired, your poor, your huddled masses yearning to breathe free...,” still ring true for all immigrants seeking refuge and shelter.