The role of agents in materiel procurement : The Tribune India

The role of agents in materiel procurement

In late 2001, the BJP-led NDA government had proposed to register agents by recording their contractual, banking and financial details. At the time, the MoD reluctantly conceded that though agents performed ‘useful functions’, their working needed stricter regulation. But the conditions imposed for agents’ registration were so harsh, invasive and draconian that the proposal was scrapped, leaving the agents to function in a twilight zone that was to the advantage of all concerned. 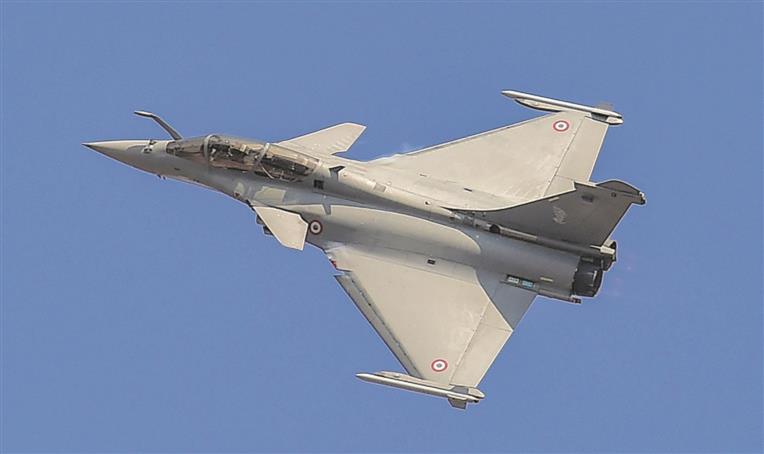 UNDER A CLOUD: Payment of euro 1 million was detected in purchase of Rafale fighters. PTI 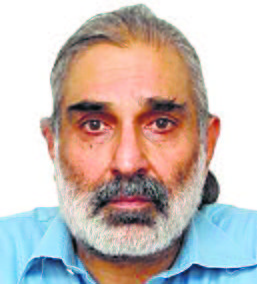 Several such intermediaries claim that the euro 1 million paid to the Gurgaon-based Defsys Solutions was a ‘success fee’ for assisting in the government-to-government Rafale buy for the Indian Air Force (IAF). “In all likelihood, this fee was for organising meetings between Indian and French officials and providing related logistic support for the tender,” said the representative of a European armament vendor in Delhi. The amount of 1 million euros, he added, was too paltry to be deemed a bribe in the euro 7.87 billion deal.

France’s Mediapart, an online investigative journal, had reported on

April 5 that their country’s Agence Francaise Anti-corruption (AFA) — analogous to India’s Comptroller and Auditor General — had stumbled upon this curious payment to Defsys whilst auditing Dassault’s business records. Dassault, for its part, had declared this to be a ‘gift’, which under French — and Indian — law is illegal in all military deals. Established in mid-2017, the AFA operates under France’s National Financial Prosecutor’s Office, auditing government and privately-run companies in a bid to stem corruption.

Mediapart further stated that euro 1 million was disbursed to Defsys, headed by Sushen Gupta, to make 50 large replica models of the Rafale fighters, which the IAF is presently inducting into squadron service at Ambala, and thereafter in Hashimara in the north-east. Mediapart also disclosed that though Dassault could not furnish any proof to the AFA that these models had, indeed, been delivered to India, it intriguingly opted against referring the matter for prosecution. The journal also disclosed that Dassault was unable to provide the AFA with even a single document or photograph proving the Rafale models’ existence.

“It seems Defsys, which had allegedly played a major enabling role in several previous IAF combat aircraft and rotorcraft purchases, was in some way associated with the Rafale tender, possibly in providing administrative support to the French company,” said one other ‘facilitator’ in Delhi, working for a Western armaments manufacturer.

In a contract of this kind, he declared, there were innumerable managerial details that needed working out, which could only be expedited by an outside party for a variety of reasons. Consequently, payments to any and all such individuals or companies, could not be made public, prompting the vendor to ‘shroud’ their fee under innocuous heads, like making life-sized models of Rafale fighters, he stated.

According to media reports, Gupta, who is a US national, had worked as a Dassault representative in India and was reportedly associated in an undefined manner with the Rafale purchase. He is presently on bail after being arrested in March 2019 by the Enforcement Directorate in the Rs 36,000-crore import of 12 AW101 helicopters, which was terminated in January 2014 for wrongdoing, and remains under investigation.

But military and Ministry of Defence (MoD) sources said this was not the first time that ‘facilitation or enabling’ services had been employed to effect military purchases by India. Operating between the lines, several such agents like Gupta had, over decades, become vital to India’s weapons acquisition processes, helping the buyer and seller navigate the Byzantine MoD procurement guidelines.

Armament industry executives said the periodically revised procurement procedures were so convoluted that few at home or abroad could fully comprehend or decipher them. Consequently, the omnipresent agent, essentially an entrepreneur with a flair for public relations and man-management, gradually became indispensable to the country’s materiel procurement process. And, through experience, patience and tenacity in dealing with the Indian bureaucracy and the MoD’s hidebound systems, he unravelled for his principals the multi-tiered tortuous procurement processes. In return, he received handsome retainers and working expenses and a hefty commission on contract closure, similar to what probably transpired in the euro1-million payout in the Rafale contract.

Successful agents had also perfected the tactic of marshalling their clout to intervene in contracts nearing closure in a process that was compared by the former Army Chief General VK Singh, to a game of snakes-and-ladders, where there is no ladder, but only snakes. “If the snakes bite you somewhere, the whole thing comes back to zero,’ he had said in an explanation of why Indian defence equipment purchases took ages.

Privately, Indian military officers concede that no materiel can be imported without assistance from agents or local representative of original equipment manufacturers (OEMs). “We frequently meet these agents to exchange information, discuss requirements and above all liaise for trials, which in themselves are a complex bureaucratic affair requiring innumerable clearances,” a senior military officer said.

In late 2001, the BJP-led NDA government had come up with a proposal to register agents by recording amongst other minutiae, their contractual, banking and financial details. At the time, the MoD reluctantly conceded that though agents performed ‘useful functions’, their working needed stricter regulation to prevent them from influencing decision makers. But the conditions imposed for agents’ registration were so harsh, invasive and draconian that the proposal was scrapped, leaving the agents to function in a twilight zone that was to the advantage of all concerned.

However, unlike media reports glamourising agents, their expensive accoutrements and playboy lifestyles, there is little allure attached to their work, which in reality is a gruelling, at times, soul-killing and humiliating enterprise. It requires them to ingratiate themselves with grasping military men, unscrupulous MoD officials, politicians and power brokers, continually flattering them, in addition to proffering incentives for clearing their deliberately delayed paperwork in labyrinthine military departments and the MoD in the Sena Bhawan and South Block, respectively.