‘One nation, one farm market’ concept is bogus in the absence of regular buyers

Racket: The business idea now is simple — buy cheap paddy from distressed farmers of UP or Bihar, bring it by road to Punjab and sell it to the government at MSP. 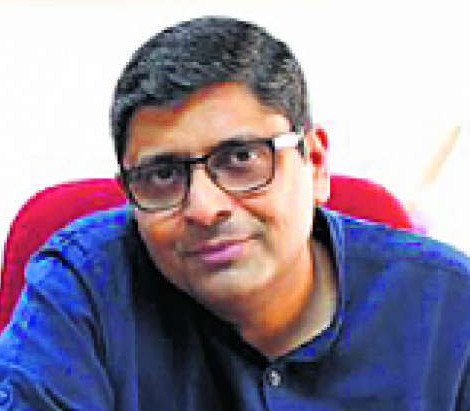 A gold trader of Ludhiana was recently booked for stocking paddy. It seemed achhe din finally dawned on farmers for businessmen to drop their gold and pick up paddy. Sadly that wasn’t the case. The business idea, after the Centre passed the farm laws, was fairly simple: buy cheap paddy from distressed farmers of UP or Bihar, bring it brazenly by road to Punjab and sell it to the government at MSP. After all, the Union government had removed all Agriculture Produce Marketing Committee (APMC) restrictions and thrown open the state borders for transportation, sale anprofiteering. But there was a catch: the new Central laws were being used to cheat the farmers of UP, Bihar and elsewhere. It was the MSP meant for the farmer that the gold trader of Ludhiana was pocketing without having taken loans, ploughed, sown, tended and reaped or having anxiously looked at the skies with bated breath, praying desperately to the weather gods.

If the APMC structure is not needed, and the alternative market can offer remunerative prices, why would farmers of UP or Bihar sell their paddy for Rs800-1,000 per quintal?

The gold trader is not alone. About 95 FIRs were lodged and over 150 trucks bringing in paddy from elsewhere confiscated by the Punjab Government. After booking the smugglers, who donned the mantle of traders, officials realised that the culprits cannot be punished under the existing APMC laws, and so, they have been charged under the provisions of the IPC. Yet, the Punjab Government has not fully unravelled the racket. There was bumper paddy procurement this year in Punjab, the highest-ever recorded: 203 lakh tonnes — 25 per cent or 40 lakh more than last year’s 163 lakh tonnes. Punjab Agricultural University claimed that at least 10 per cent of this is because of higher yield caused by conducive weather conditions. To the monsoon factor, officials add the decrease in basmati acreage and the lower procurement of Punjab’s paddy in the bordering districts of Haryana.

Still, the numbers do not square up, and so the officials, at least informally, admit that about 10 lakh tonnes of paddy could have got smuggled into Punjab. Then, Haryana officials insist they have not shooed away a single Punjab farmer who had a running account with their mandis and arhtiyas. Yet, Haryana’s procurement is 14 per cent less than the previous year’s figure because they claim they barred ‘ghost sellers’. Weather conditions and thereby the yield cannot be so vastly different in Punjab and Haryana. Thus, the speculation is of traders buying paddy from Bihar and UP at about Rs 1,200, inclusive of transportation costs, and selling it to the government at the MSP of Rs 1,888 per quintal, pocketing a neat Rs 700 crore if the scam is limited to the conservative estimate of 10 lakh tonnes.

This is the immediate impact of the Central laws that emboldened unscrupulous traders. They may have been doing it earlier, too, at a smaller scale. But now, it is officially permissible to carry agricultural produce anywhere in the country and sell it anywhere. But the problem is that there are no buyers except the government. So, the first season after the passage of the farm laws has proved that the concept of ‘one nation, one market’ is bogus in the absence of regular buyers. The APMC structure was dismantled in Bihar in 2006 and the failure is writ large over the state’s farm sector that exports farm labourers to places where there is systematic government procurement.

If the APMC structure is not required, and the alternative market can offer remunerative prices for the farmers, why would farmers of UP or Bihar sell their paddy for Rs 800-1,000 per quintal? If the trader can discover a market outside the APMC, why should he lug the paddy all the way from Bihar or UP to Punjab to sell it at the APMC mandi? The answer is simple. The government is the only reliable buyer. The Green Revolution and the proud Punjabi landowning farmer are both corollaries of government procurement at a pre-determined price known to the farmer and the trader, which is supported by the mandi infrastructure. Any government that removes all this at one go does it at the peril of ruining the farming community and the nation’s food security.

The politically empowered and informed Punjabi landowners understand this better than their counterparts elsewhere. Just as Gujarat’s dairy farmers value Amul, Punjabi-Haryanvi grain farmers cherish their APMC mandis. They legitimately fear that this is an attempt by the Centre to privatise the foodgrain procurement process worth lakhs of crores of rupees. Going by the history of India’s privatisation, our crony capitalists have always ridden piggyback on governmental facilitation, cherry-picking profitable public resources and ventures, and hence privatising profits while nationalising their losses. The Congress, of course, is the prime mover, but then, Left governments have also practised this policy with great vigour.

Unfortunately, when all parties push similar economic policies, the difference with the current BJP regime is that it does not have tall farmer leaders in the Union Cabinet. The caste composition of the party leadership and the government is skewed against rural communities, with a heavy tilt towards urban groups. The BJP has been sidelining its own farmer leaders, like Virender Singh of Ballia, who speak the language and understand the apprehensions of a landowning villager.

The farm ordinances and the subsequent laws betrayed a sense of urgency, which can only be explained in terms of a suspicious intent — the Ganga may be holy but not clean by any measure. It is an Indian tragedy that we do not stop from messing up with even our dearest legacies. The BJP leadership would benefit immensely if it listens to the venerable Laxmi Kanta Chawla, one of the most respected politicians of Punjab. Her appeal to the national security hawks atop Raisina Hill that Punjabi farmers are the Punjabi soldiers ought to make people who dress up in battle fatigues for Diwali see reason.