The round goes to farmers 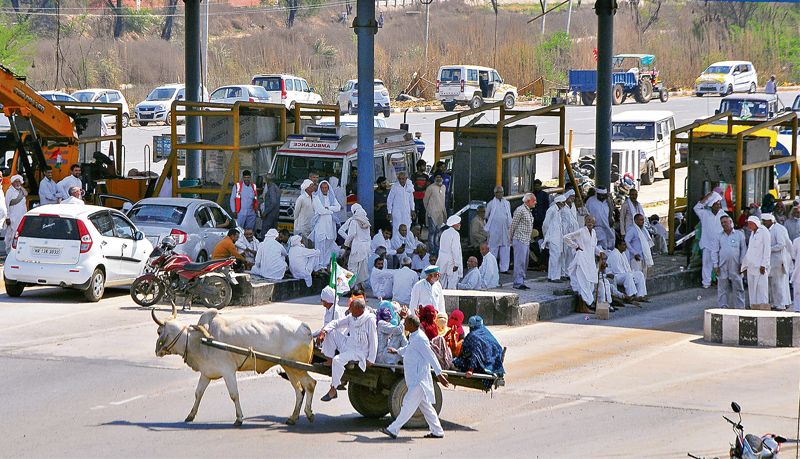 CONSOLIDATE: The farmers will have to redefine their stand. Tribune photo 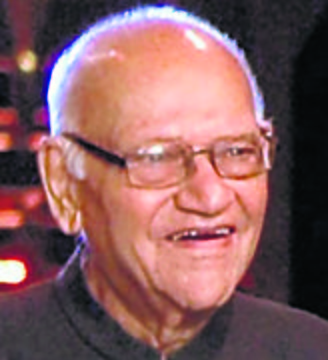 THIS week, as in most weeks, there are disturbing stories to tell, but lest I be dubbed a Modi-baiter I will start with the good news first. The farmers will not be blocking traffic on the highways leading to Delhi. They should now withdraw their protest and revise their demands. If they do not, they will lose public support.

Modi should have learnt many lessons after his experience of dealing with the adamant farmers. He should think of reining in his over-vocal followers.

The farmers have won a victory of sorts. Their resolve to continue until the three farm laws, that the government rushed through the Lok Sabha and the Rajya Sabha without taking the beneficiaries into confidence, were withdrawn remained remarkably firm! And the mind game ended when the PM conceded their core demand. He had to surrender despite the dent in his image as a strong man and a strong leader. The downside of the Lakhimpur Kheri episode involving his minister’s son and the upcoming state elections left him with no choice.

I do not know if this decision to withdraw the laws will change the course of elections. If the BJP loses in UP, the loss would have been attributed to the farmers’ agitation and now that charge cannot be made. There is a chance that Punjab’s farmers may be attracted to the new party formed by Capt Amarinder Singh, but most of my friends in Punjab do not expect Amarinder to benefit.

In western UP, the farmers’ leader, Tikait, has become the undisputed leader. The Jats of western UP had voted BJP in the last elections. They could return to the party, especially if the MSP demand is conceded and the Lakhimpur Kheri matter is sorted out. Nerves had been strained since both sides had dug in their heels. Personal relations may have been strained beyond repair and that would need political jugglery of the most professional standards to chip in. The farmers of Punjab, Haryana and eastern UP will have to redefine their stands. It would be most interesting for the pundits to watch what happens.

While the aftermath of the withdrawal of the three farm laws plays itself out and political alignments are redrawn, the civil society, bete noire of NSA Ajit Doval, came to the rescue of the beleaguered Muslim minority in Gurugram. This development is one that should give liberal democrats a big dollop of hope.

Like the other two Abrahamic religions, Judaism and Christianity, Islam also sets aside one day in the week for community prayer when the entire congregation of believers living in a specified locality comes together to pray. They ignore status, class and caste (in the case of South Asians) and take their place next to each other in order of arrival time at the venue. The Jews observe the Sabbath on Saturdays. When Christianity was established two or more millennia later, Sunday was chosen by them as the day of prayer. Islam chose Friday to differentiate itself from the earlier two.

I am not sure about the practice in Judaism, but Christians, on finding their numbers increasing and churches unable to accommodate all at any one time, prescribed different hours on Sundays. Common prayer was permitted even on Saturday evenings after sunset. Islam has not made that concession yet. Hence, the afternoon prayer on Friday is a must for all Muslims the world over. Since enough space is unavailable in mosques to accommodate their ever-increasing members, clerics have permitted prayer on open roads. This inconveniences other users of public roads.

The faithful in Gurugram were allotted an open space in a maidan by the local body for their Friday prayer. This was resented by right-wing Hindus who made it impossible for the Muslims to pray peacefully. A local Hindu businessman is reported to have thrown open his unused shop and other unused enclosed rooms in his possession for the common prayer. He said he did not want his son to grow up hating people of other religions! Such a person needs to be encouraged and felicitated. He and his ilk will preserve the unity and integrity of this great country where many religions abound.

Whether they were following Akshay Yadav’s footsteps, or their own intuitions, keepers of five gurdwaras in Gurugram offered their unused basements to their Muslim brothers for the prayers. Sikhs have always been open-minded and generous. In this case, too, they provided the grand gesture like they did during the farmers’ agitation when they opened road-side langar in true Sikh tradition.

I harken back to my days as our ambassador to Romania. I was concurrently accredited to two other countries, one of them being Albania. Mother Teresa was an Albanian by birth. She used to visit Tirana, its capital, at times. I had occasion to meet her there. I was told she had cut the ribbon to allow entry to a mosque. She had been approached by a group of young boys who had grown up without a religious identity since Albania was officially an atheist state. She told me she had no qualms about cutting the ribbon since worship of divinity by any name, was welcome! Apparently, Akshay Yadav and the gurdwara keepers were on the same page as the Saint of Kolkata!

The Hindu Right has succeeded in making gurdwara leaders change their stand on accommodating Muslims! It is not expected that places of worship will open their doors for worship by the followers of another religion. But the initial gesture speaks volumes of a community’s views on the hate and division being propagated. If more and more citizens, who I am sure think likewise but take the easier option of doing nothing about it, begin voicing their opposition to hate, a movement can be soon in place to unite this country. With the enemy in the East displaying its dragon’s talons, we need unity more than ever before.

Modi should have learnt many lessons after his experience of dealing with the adamant farmers. He should think of reining in his over-vocal followers. I do not know whether he can pull off this transformation in the party’s strategy but he should consider it. If hate and division are crucial to electoral victory in 2024, the prayer of all true patriots for unity will remain where it now rests — merely a dream!