The scourge of untouchability continues : The Tribune India

The scourge of untouchability continues

The Ooruttambalam centenary of Panchami is the celebration of a protest for equality, which is a rare event. The Indian nation with all the ideals enshrined in the Constitution should move towards celebrating every event that made us aware of our duty towards bringing humanity towards equality. Dalits today celebrate Mahad Satyagraha as ‘Water Day’. 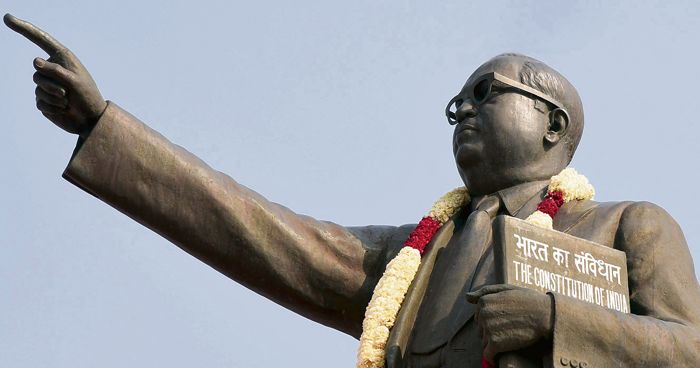 IAS officer and author of Ambedkar, Gandhi and Patel: The Making of India’s Elec

When the Government Lower Primary School of Ooruttambalam in Kerala opened for new admissions on June 2, 2017, there was a great celebration and pride across every face. In attendance was the Chief Minister of the state and celebrating crowds. The school was welcoming five-year-old Dalit girl Athira Sreejith to the same school, where her great-grand-aunt Panchami was denied admission on account of untouchability more than 100 years ago, in 1914. To deny entry of Dalits, the school was burnt down by the villagers then. The greatest agitation in the history for access to education for untouchables was led by Ayyankali, a Dalit social reformer known for his unprecedented agitational and fighting skills.

Riots ensued, with Dalits retaliating under Ayyankali. The first ever agricultural workers’ strike was initiated by Dalits under Ayyankali for ensuring admission of Dalit children into schools in 1914. The agitation demanded the opening of public roads to Dalits and an increase in agricultural wages. As the agriculture season approached, Dalits refused to work. The agitation went on for one year and large tracts were left fallow. The negotiations resulted in the admission of Dalit children to schools even though government had allowed admission from 1906. The bench on which Dalit girl Panchami sat and was burnt in 1914 is still preserved in a symbolic gesture in the Ooruttambalam school of Trivandrum district in Kerala.

BR Ambedkar, who went on to head the drafting committee of the Constituent Assembly, which abolished untouchability in 1950, led a similar agitation in 1927, this time for access to water, which was denied to Dalits due to the practice of untouchability. Similar to Ayyankali, he wanted to ensure access to a right that was duly legislated. Mahad town passed a resolution of access to water in the Chowdar water tank for all in 1926, but the society denied it. Ambedkar led the Mahad Satyagraha on March 20, 1927, and drank water as a symbolic gesture. Ambedkar and his followers were attacked by villagers.

Ambedkar also challenged the temple entry denial to Dalits through his temple entry agitations, to Parvati Temple, Pune (1929), Kali Temple, Khulna (1929), and Kalaram Temple, Nasik (1930). His efforts were foiled by orthodox Hindus. Eventually, he ended his challenge by declaring at Yeola on October 13, 1935, that he might have been born a Hindi, but will not die a Hindu, He took to Buddhism on October 14, 1956.

As the scourge of untouchability, a practice which, according to Ambedkar, originated in the fifth century AD, imposed upon oppressed millions was to be reformed by Mahatma Gandhi’s untouchability campaign; temple entry legislations and by Ambedkar’s agitational modes for water, education, jobs, civil rights and constitutional remedies. But certainly, Ambedkar and Gandhi have brought a parallel programme across the national movement, that abolition of untouchability is a part of the liberation of the country from British rule. The Constituent Assembly was equivocal in its abolition of untouchability under Article 17 and prescribed punishment for practising untouchability.

Indian polity, on its part, legislated and declared untouchability a crime in the Untouchability Offences Act, 1955, changed to the Protection of Civil Rights Act, 1976. The powerful part is that the onus of proof of practice of untouchability crime lies with the accused and not the victim. As modern forms of untouchability evolved to atrocious proportions, polity enacted The Scheduled Castes and Scheduled Tribes (Prevention of Atrocities) Act, 1989 and further transformed it into a strict legislation in 2016. This Act enacted punishment for government officials neglecting their duties under the Act. Yet, the social transformation as we turned to 21st century left much to be desired.

As the societal oppression on Dalits on social, educational, economic and brutal exploitation and bonded slavery continued, the euphoria of the abolition of untouchability waned by the seventies. Assertive Dalit movements against the systemic oppression arose, based on the Ambedkarite ideology, such as the Bhim Sena Movement in Hyderabad and Karnataka; Dalit Panthers in Maharashtra and Gujarat; Ayyankali Pada in Kerala; Vidulai Chiruthaigal in Tamil Nadu and now Bhim Army in Uttar Pradesh.

The first of the reports that flagged the conditions of untouchability-related oppression and crime was brought out in 1998 in an internationally published document, Broken People: Caste Violence Against India’s ‘Untouchables’ by Smita Narula. A sensational study in 2006 revealed the dark underbelly of the practice of untouchability in rural India in Untouchability in Rural India (Ghanshyam Shah et al). These two reports dealt in detail patterns of abuse in rural areas; discrimination and exploitative labour; criminalisation of Dalit activists who fight for rights; attacks on Dalit women and forced unclean occupations.

In the 21st century, the Amit Thorat and Omkar Joshi study, The Continuing Practice of Untouchability in India: Patterns and Mitigating Influences, in 2015 revealed that 27 per cent of India still practises untouchability, with 30 per cent household in rural and 20 per cent in urban areas accepting the practice. The 33 per cent of poorer Indians by income practice untouchability while 23 per cent of the rich do. The report mentioned that 40-49 per cent of households in the Hindi belt in North India accepted the practice, while Southern India accounted for 17 per cent. While literates showed 30 per cent practice, higher education did not bring it down much (24 per cent).

The journey of India’s struggle against untouchability seems to be long-drawn. Ambedkarite remedies against discrimination on the basis of untouchability against the persons belonging to untouchable castes, now called Dalits, were: reservations in education, jobs and legislatures. The communities practising untouchability seek the abolition of remedies enunciated by Ambedkar rather than uprooting the scourge or its related and modern forms of discrimination and atrocities.

The Ooruttambalam centenary of Panchami is the celebration of a protest for equality, which is a rare event. The nation with all ideals enshrined in the Constitution should move towards celebrating every event that made us aware of our duty towards bringing humanity towards equality. Dalits today celebrate Mahad Satyagraha as ‘Water Day’ as it reminded everyone that water can no more be a part of inequality.

The forms and methods of modern-day untouchability need to be questioned and constitutional remedies enunciated need to be implemented with vigour rather than questioning the remedies designed to fight untouchability. The continuation of this practice in the 21st century will hamper the constitutional mandate of equality for all, and needs to be demolished once and for all, for which efforts in the Ambedkarite mode will continue.