The shift to ‘rule by law’ 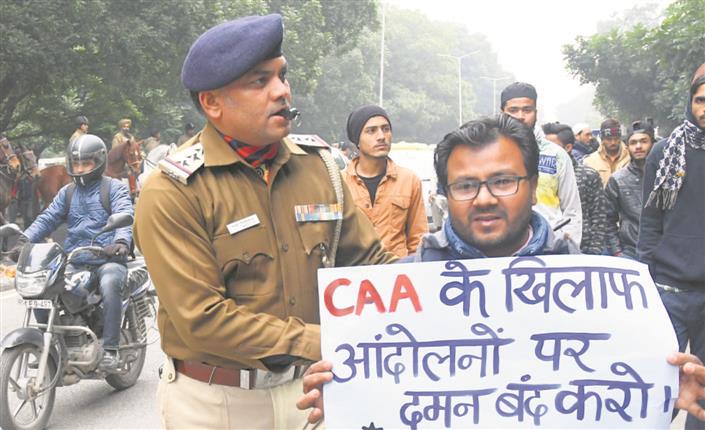 SAME FOR ALL: It is the ‘rule of law’ that is imperative for individual liberty and rights. Tribune photo 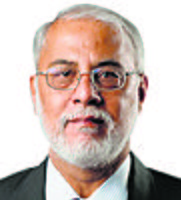 Some years ago, an interesting debate arose over the subject of a plenary session of the Communist Party of China. The issue was whether the theme was the promotion of ‘the rule of law’ or ‘the rule by law’.

‘Rule by law’ is when laws are used as an instrument to establish political and social control over people. Not unusually, it claims that the rights and interests of a larger society, cause or nation are above that of the individual.

A recent trend in India has seen laws and ordinances whose very basis goes against the first tenet of justice — equality of all before the law.

‘Rule by law’ is not concerned about what law is all about — delivery of justice. In 1935, the German Parliament passed the Nuremberg Laws that banned inter-marriage between Jews and Germans, denied them citizenship and eventually led to their massacre. In 1948, the South African government passed laws to segregate housing, public transport and public premises for whites and blacks. Till the mid-20th century, several US states denied blacks the right to vote and enforced racial segregation in housing, public education, urban transport. Everything was legal, but it was horribly unjust.

‘Rule of law’ lies at the very root of democratic society because it upholds individual liberty and rights by ensuring justice, which is fair, transparent, applicable equally to all. In China, where the CPC is supreme and all the courts, the police and prosecutors belong to the party, the only concept that will fly is the ‘rule by law’.

Most laws in India are reasonable, after all who wants to encourage theft, cheating, money laundering, or tax evasion? But it is their application that’s becoming the problem. Various police services, the NIA, ED, and CBI, are meant to effectively apply the law of the land. But they are being used as instruments of political coercion rather than upholding the law. The most recent victims of this are activists and supporters involved in the farmers’ stir who are being hounded by notices of the NIA.

A recent trend in India has seen laws and ordinances whose very basis goes against the first tenet of justice — equality of all before the law. In UP and MP, rules passed through an ordinance are used to harass inter-faith couples. Another law banning cow slaughter has been used to outlaw the eating preferences of a particular set of people.

Parts of the law are now being used to harass a particular community. A comedian is in jail in Madhya Pradesh, despite the lack of evidence of the crime he was accused of. A 19-year-old girl is charged with sedition for shouting ‘Pakistan zindabad’. In Punjab, the police booked several farmers under the IPC’s Section 307 (attempt to murder) for dumping cow dung in front of an ex-minister’s house, though the charge was later dropped. The instances of malicious and trivial prosecution are far too many to recount. Each outdoes the other in its blatant idiocy and malevolence.

One of the big surprises is modern India’s use of the sedition statute used by the British in the mid-19th century to exercise political control. Efforts to do away with the statute in this part of the 21st century have been opposed, most vehemently by the Union Home Ministry, which recently told Parliament that ‘there is no proposal to scrap the sedition law. There is a need to retain the provision to effectively combat anti-national, secessionist and terrorist elements’. Just who is ‘anti-national’ or ‘terrorist’ is something the government often decides without bothering with judicial due process. Data shows very few convictions because it runs four-square against the freedom of expression guaranteed to us in the Constitution. In the name of terrorism, the police has been involved in extra-judicial executions, and in many instances, framing innocent people for terrorist acts.

To deal with this, the government has taken recourse to the Unlawful Activities (Prevention) Act in 1967 which has been amended several times since to make it increasingly draconian. In other words, as India has grown as a nation, it has become more insecure.

At the heart of the problem is the failure of the judiciary. Where the lower judiciary generally tended to toe the line of the executive earlier, today, the problem goes right up to the top. The result is that the checks that an independent judiciary should have imposed on the misuse of laws are few and far between.

A major failure of the justice system is in allowing the judicial process to be used as punishment by incarcerating people without bail, and putting through lengthy trials. Political accusations about ‘urban Naxals’, ‘jihadis’ and ‘anti-nationals’ are considered by a section of the judiciary that hesitates to intervene in blatant cases of unjust arrest and incarceration.

‘Rule by law’ is an instrument to establish political hegemony. But its overuse is drawing attention both within India and abroad. By using officers of the law for political coercion and insisting on laws that discriminate between Indians, the government is playing with fire.

Citizens look to the legal system as a recourse against arbitrary or illegal actions, particularly of the state. The key to its efficacy is voluntary compliance, but that can only happen when laws and their application are deemed applicable to all.

Though India has had a record of selective enforcement of laws based on the status, caste and gender, people retained their faith in it because there was a slow, but steady improvement. But that process has been cast aside. The law and its officers have become instruments of repression and division, aided by a largely indifferent judiciary.