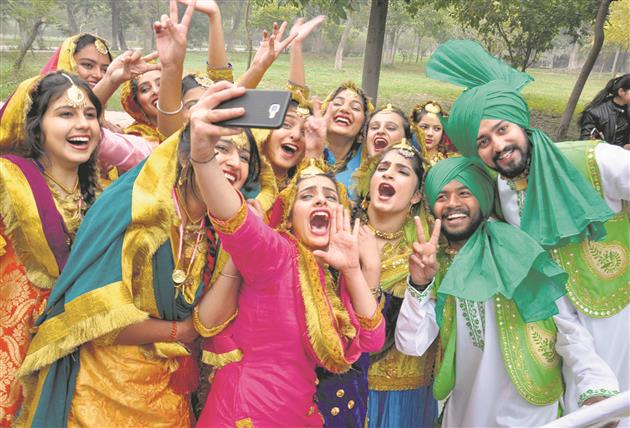 NO GLORY: The youth are living amid politico-cultural decadence. Tribune photo 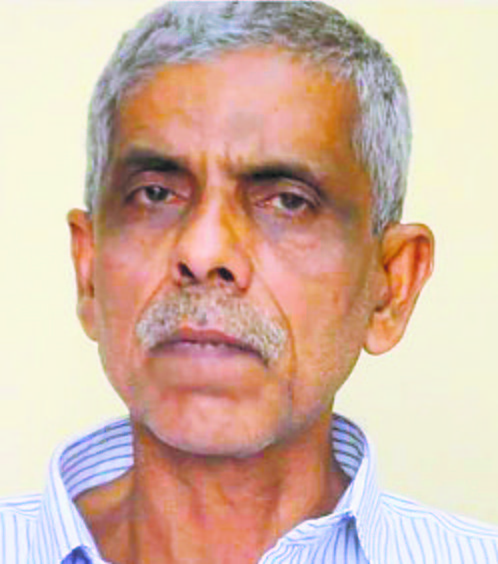 Even though I am a ‘senior citizen’, my everyday world is filled with the active presence of the young. The reason is that as a university teacher, I interact with them—I mean urban/middle class students, seek to enter their inner world, and evolve together. Hence, on National Youth Day, I sharpen my power of empathy and try to understand what it means to be young in our times. Well, I know that on this day all sorts of noble words will be uttered like a mantra; and even the otherwise corrupt political class would not forget to advise the youth to learn from Swami Vivekananda (this day is also the birth anniversary of the radical monk)—the spirit of fearlessness, boundless energy and karmayoga. But then, I feel it is important to see beyond the ritualisation of empty words, go deeper, and understand the turbulent state of the youth.

We must go beyond ritualisation of the National Youth Day. We have conspired against the youth, as our education system has failed to liberate them from the trap of toxic culture and psychic violence.

To begin with, I have no hesitation in saying that they are growing up in a world that seems to have lost its dreams. In a world characterised by reckless instrumentality inherent in neoliberal global capitalism and violent right-wing authoritarianism (or ‘nationalism’), there seems to be no dream anymore: the dream that once led Bhagat Singh to activate the conscience of a defeated nation; or the dream that led John Lennon to inspire us to imagine a new world. Think of growing up in a world where mainstream politics is nothing but a spectacular dramaturgical performance, or a naked manifestation of money/muscle power; culture is television soap opera, or noisy music with sexist connotations; religious gurus are state-sponsored/media-savvy celebrity babas; communication is the instantaneity of social media; the worth of a person is measured in terms of Facebook/Twitter/YouTube subscribers or followers; and corruption is no longer a matter of shame. Yes, the youth live amid this widespread politico-cultural decadence. Is it that there is no romance with the meaning of being young anymore? See the manifestations of this collective decadence—a fanatic youth intoxicated with the cacophony of Jai Shri Ram, a misdirected ‘radical’ becoming a suicide bomber, a directionless young man with drug abuse or sexual violence, a youth with utter superficiality as depicted in the Karan Johar variety of films, or a consumptionist youth seduced by the glitz of the market.

As a teacher, I have no hesitation in saying that we have conspired against the youth, as our education system has failed to liberate them from this trap of toxic culture and psychic violence; nor has it succeeded in renewing their creative life-energy. In other words, there is no light of illumination in what the system regards as ‘education’: a process of institutionalised graded learning with the ritualisation of examinations, and one-dimensional emphasis on the market-driven ideology of success. See the way they are growing up amid coaching centre ‘gurus’, science education as the packaged physics, chemistry and maths ‘solutions’ for all sorts of entrance tests, and the social construction of the IITs and IIMs as sites of ‘salvation’ promising attractive placement and salary package. This education, we must acquire the courage to say, has nothing to do with the flowering of human consciousness. Our ‘toppers’ are not the ones who make you believe that to be young is to live intensely, and strive for truth and justice. Instead, they only mythologise what can be regarded as a technically efficient one-dimensional mind—some sort of a skilled workforce for the perpetuation of techno-capitalism. And, paradoxically, this craving for success tends to diminish the possibility of aesthetically enriched life-affirming sensibilities. It is difficult to find youngsters talking about Satyajit Ray and Adoor Gopalakrishnan in a fancy coaching centre; seldom do you come across a young man in a five-star private university or an institute of technology thinking about equity and justice, or celebrating the music of Bhupen Hazarika and poetry of Gajanan Muktibodh. Instead, in a hyper-competitive world everyone seems to have become a disenchanted ‘pragmatic’. Biologically young; spiritually dead: what a tragic metamorphosis!

Yet, despite these structural constraints, I see a possibility; and it gives a meaning to my vocation of teaching. Even in this dystopian age, there are young minds that have not yet lost their dreams; they seek to find themselves in life-affirming creative pursuits. In recent times, I have seen them in diverse protest sites: university students working selflessly to provide relief to riot victims in Delhi, or raising their voice against the discriminatory character of the CAA. I have witnessed their intellectual alertness that would have pleased the likes of Marx and Ambedkar; and in their art of resistance I have seen the glimpses of Gandhian satyagraha. No, they are not like the ‘angry young man’ as Amitabh Bachchan depicted in films in the 1970s; instead, of being nihilistic, they say ‘yes’ to love, solidarity and equity.

However, the market castigates them as ‘non-productive’; militant nationalists loathe their critical consciousness; and through the epidemic of sedition charges the ruling regime seeks to ‘discipline’ and ‘silence’ them. Yes, the techno-bureaucratic machine wants only loyal conformists: efficient workers with docile bodies and minds; and the dominant political class wants non-reflexive followers to say ‘yes’ to the cult of authoritarian personalities. No wonder, the system dislikes the radical and creative spirit of the young. But then, this positive life-energy refuses to wither away. We should not forget to celebrate this light on National Youth Day.