The two kinds of laws : The Tribune India

The two kinds of laws

One for BJP supporters, other for Muslims, critics and political opponents 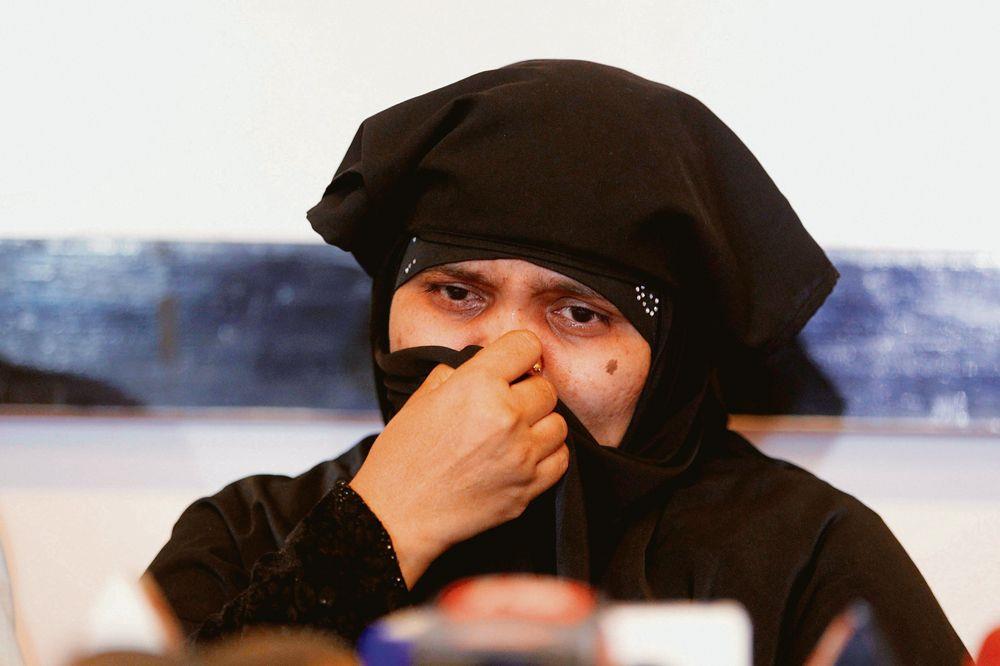 In vain: Bilkis Bano’s prolonged legal battle has come to nothing. PTI

Ever since the Gujarat Government, invoking an old government resolution of 1992, released 11 men who had raped three women of a family, killed a three-year-old girl by smashing her head with a stone in her mother’s presence, and then murdered some other members of the family, I have tried to put myself in the shoes of Bilkis Bano, the courageous woman whose evidence nailed the culprits. The thought gives me nightmares.

But turn your attention to the woman terribly wronged by these very neighbours! How does she face them now that they are free and have come back to live next door ?

Here in my (Bilkis’s) tiny remote village in Gujarat were neighbours with whom I had lived in peace. Suddenly, a madness descends on them, turning these nonviolent, law-abiding persons into macabre beings consumed by hate. They stop thinking as individuals and start thinking as a collective, devoid of reason and fear. (I have seen this happen in every case of mob violence I have dealt with during my police days.)

But turn your attention to the woman who, 20 years ago, was terribly wronged by these very neighbours! How does she face them now that they are free and have come back to live next door? How do they react when they look at one another?

Incidentally, they had begun to believe the canard spread by their friends that they were the ‘victims’ of a conspiracy by civil society groups, like Teesta Setalvad’s Citizens for Justice and Peace, to ensure that perpetrators of violence and mayhem do not get away!

The public-spirited citizens are now in jail themselves, but those found guilty by a court of law in Mumbai are free to roam! The Supreme Court that had, at the relevant time, supported the efforts of Teesta and other activists to uncover the truth and backed them to the hilt, is now unable, or unwilling, to come to their rescue.

I am not surprised that the rapists and mass murderers have been set free. The move was one of a kind. There are two sets of law now prevailing in our ancient land. If you rape and murder, but support the party in power, this law says you will be treated kindly. But if you are a Muslim, or an opponent, or merely a critic, the law changes. The consequences will be different. For instance, if you are a journalist sifting lies from the ‘truth’ put out by the BJP’s propaganda machine, and you happen to be a Muslim, you will have to cool your heels in jail till the courts of law suffer a pang of conscience.

This interpretation of the law and the Constitution is not what our founding fathers had in mind when they ordained equality before the law. But the present dispensation does not blink an eye as it ignores its own stated regulations when it comes to its core support base.

I saw on TV the reception accorded to the rapists and killers when they were freed from jail. One convicted elder even had his feet touched by adoring reception committee members. Rapists were raised to the status of heroes. I suppose that meant that Bilkis Bano, the victim of their atrocities, was the culprit! It was her fault for hanging around when respectable people were running amok! Surely, it was the fault of her three-year-old daughter for hanging on to her mother’s leg and getting her little head smashed in the bargain!

The Gujarat Government’s regulations of 2014 clearly said no one sentenced for rape could avail of the facility of remission. This post-1992 order was reinforced even more recently by a Central Government directive conveying the same instructions. These regulations should have been brought to the notice of the Supreme Court whose attention had been focused on the 1992 order. This is how supporters of the regime are treated with kid gloves instead of the heavy hand reserved for Muslims, critics and opponents.

If proof is needed to prove the charge that the present regime is not fair in the implementation of the laws, the current hounding of AAP’s leading lights is proof that you can get off if you are with the powers that be and you are damned if you are opposed to them. One of AAP’s ministers, now in jail, was in charge of AAP’s health ministry and Dy CM Sisodia presided over school education. Governments should be concentrating on these two aspects of governance if the country is to advance. The AAP is the only government which has made health and education its flagship projects, and succeeded to a noticeable extent.

By targeting AAP’s two stalwarts, the BJP has virtually clipped AAP’s wings to ensure it cannot fly. Arvind Kejriwal has announced his intention to take on Modi in the 2024 Lok Sabha elections. This is rather presumptuous of him. At most, he can replace the Congress in Gujarat, but that will not count as much of an achievement. He would have been wiser if he had bided his time.

The BJP’s attempts to dislodge him by neutralising his star performers will most likely turn out to be counterproductive. The BJP has not been able to get the better of Kejriwal at the hustings. It has decided to use its ‘caged parrots’ to do the job since AAP MLAs are obviously not amenable to temptation, like my country-cousins in Goa, for instance. Other methods are needed to deal with ‘pests’ like Kejriwal and Mamata to make Bharat ‘Opposition-mukt’. The ED, CBI and NIA are readily available.

The misuse of Central agencies to decimate the Opposition should alert the numerous opposition parties of the imminent dangers. Every party needs money to exist. The party in power has cornered the bulk of corporate funding, which earlier used to be distributed more equitably.

But this funding has dried up to an extent that has compelled them to search for alternative avenues for sheer survival. To cite an example, if the BJP replaces the Shiv Sena as the party in majority in the coming Mumbai municipal elections, it will be difficult for Uddhav’s party to keep its flock together. Woe be to Mumbai’s citizens and police force if the Sena reverts in desperation to its old practice of foraging in the city’s streets.