There is no just war : The Tribune India

There is no just war

Even under tough circumstances, hope for a new world shouldn’t wither away 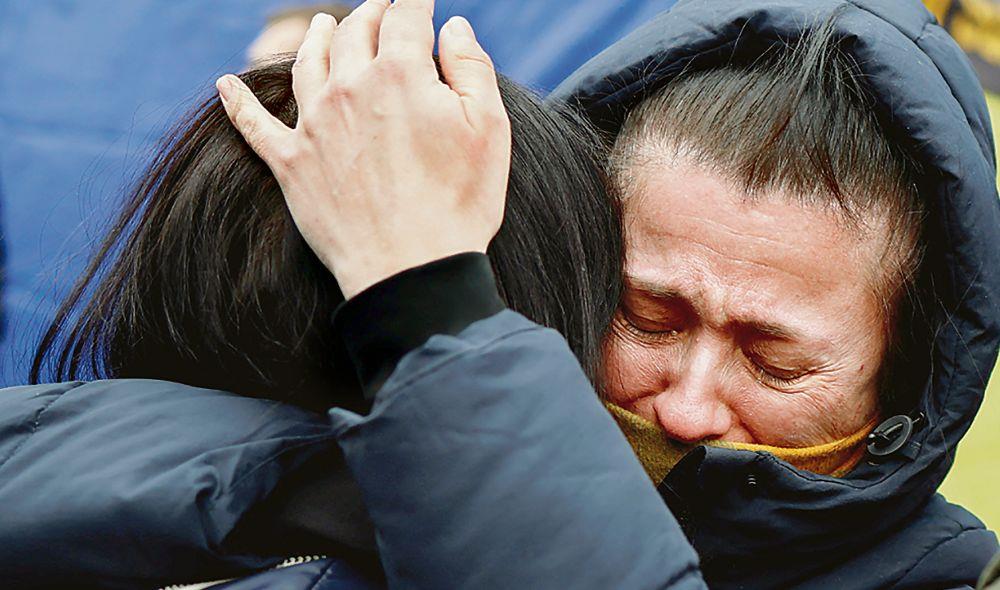 Traumatic: The war between Russia and Ukraine is no spectacle but only a manifestation of mas psychology of violence and aggression. Reuters

As I write this piece, television news channels are continually giving a running commentary on the devastating war — the Russian army intoxicated with the technologically sleek weapons of destruction ravaging the major cities of Ukraine. In the age of media simulations and psychic impoverishment, even this war might look like a spectacle; and so long as it doesn’t affect us directly, we tend to consume it as some sort of mass entertainment: no less thrilling than a video game! Even though wars are traumatic — economically, culturally and existentially — our Generals, techno-fascists, narcissistic leaders and weapon-manufacturing empires would continue to create an environment conducive to war. Or, is it that as pragmatists, we too have normalised the mass psychology of aggression and violence, and accepted the inevitability of war in some form or other?

Why is it that the age of modernity, despite its gospel of progress, reason and freedom, has further brutalised our consciousness?

Possibly, in this dystopian age, we see Trump and Putin, or George W Bush and Saddam Hussein as more ‘real’ than, say, Mahatma Gandhi and Martin Luther King Jr, or the Dalai Lama and Thich Nhat Hanh. Who knows we might ridicule the pacifists for their anti-war position, and brand them as ‘idealistic’ and ‘impractical’? Are we then destined to pay the price of being practical —war, mental trauma, influx of refugees, homelessness, and untold misery of women of invaded territories?

The trajectory of human history is filled with the narratives of war. However, what ought to disturb us is the fate of modernity. Why is it that the age of modernity, despite its gospel of progress, reason and freedom, has further brutalised our consciousness? Far from taking us to the land of peace and solidarity, modernity has given us a never-ending cycle of wars — with mathematical precision, and ever-expanding sophisticated technologies of violence and weapons of mass destruction. There is no ‘just’ war, be it the Gulf war in the name of restoring civility and democracy, or the destruction of Ukraine in the name of rescuing it from what Putin would have characterised as ‘neo-Nazis’.

Possibly, the reason for the inability of the age of modernity to free itself from war is a mix of three destructive principles — the discourse of hyper- nationalism, often sanctified by a techno-authoritarian state with narcissistic leaders like Hitler and Putin; militarism as a hyper-masculine practice that manufactures and cultivates the fear of ‘enemies’, and thereby sanctifies itself in the name of patriotism and martyrdom; and above all, the greed implicit in modern capitalism, totalitarian socialism and associated colonial/imperial ambitions. It is, therefore, not surprising that only in a world of this kind can we dance with death, kill more than 75 million people in World War II, and, as Zygmunt Bauman said, think of holocaust with ‘scientific planning’. We saw Soviet tanks and troops crushing a spontaneous national upsurge in Hungary in 1956, or the might of the US manifesting itself in the aerial bombing or dropping of thousands of bombs on Iraq in 1991. From Vietnam to Afghanistan to Ukraine, the story goes on.

It is sad that the prevalent practice of education seldom encourages the young learner to interrogate the ideology of militant nationalism and militarism. If you talk to an average school/college student, you would find how his mind has already been conditioned to believe that, say, Pakistan is our enemy; military aggression is not bad because our Army personnel, as true patriots, are rescuing the nation! Our education system transforms young minds into warriors of multiple forms — hyper-competitive careerists with the aggression of social Darwinism; techno-managers with instrumental reasoning; or sado-masochists willing to be carried away by authoritarian personalities.

Yet, those who have not yet lost faith in the possibility of human goodness must come forward, raise their voice against war, and strengthen the pacifist movement. This requires a paradigm shift in our worldview — from brute instincts and narcissistic urge to dominate over others to what Erich Fromm would have regarded as the ‘art of loving’; from the monologue of power to what Thich Nhat Hanh would have characterised as ‘loving kindness’ and compassionate listening; from colonial aggression and militarism to what Gandhi would have stressed: nonviolence as an art of resistance, or, as Johan Galtung would have said, a mode of conflict resolution; and from instrumental science and technological violence to ecological holism, or what feminists would have regarded as the ‘ethics of care’. Be it Jesus and Buddha, or Leo Tolstoy’s The Kingdom of God is Within You and Tagore’s Gitanjali: we see the finest aspiration for the elevation of humankind.

In this Orwellian/Foucauldian world, not many would be willing to be convinced by these pacifists. Yet, we need this utopia — not as some sort of day-dreaming, but as an inspiration for a nuanced art of resistance, or a creatively nuanced and spiritually elevated pedagogy to nurture the seeds of a peaceful world. We need this utopia to make our children realise that the cult of militarism is ugly, the invention of nuclear weapons reveals our moral decadence, and narcissism, far from being an expression of courage, is a manifestation of chronic fear and psychic insecurity. And atom bombs are not more powerful than love and empathy.

Even under extremely difficult circumstances, the hope for a new world should not wither away. Amid the ongoing war, as we see young Russian students and pacifists in the streets of Moscow raising anti-war slogans and pleading for peace, it arouses hope. Why should we negate the redemptive power of this hope?