Most offenders who meet their end in police ‘lock-up’ are not of the economic status of a Jayaraj and a Bennix. They are the very poorest of humans. Thieving, for instance, could be their sole passport to life. Nobody seems to care if the lives of the poor, who of necessity have indulged in crime, are extinguished by brutal law-enforcers. 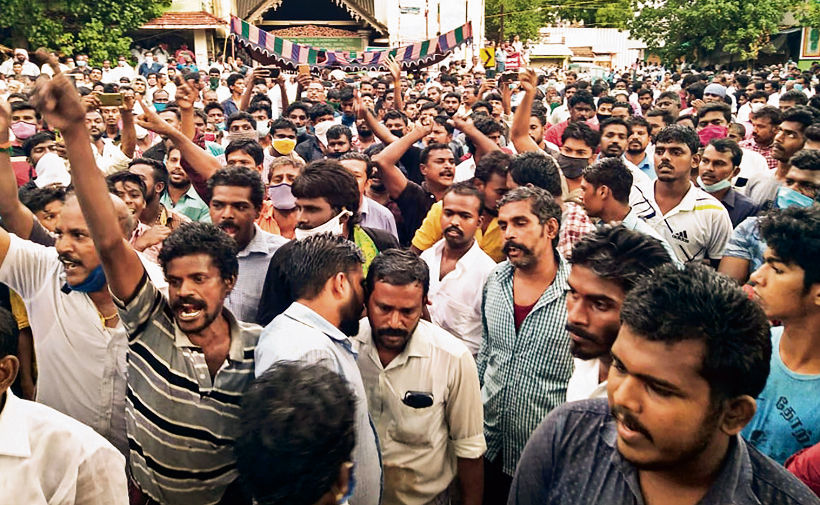 Tuticorin deaths: Custodial violence is an institutional phenomenon, not confined to a few rotten apples. 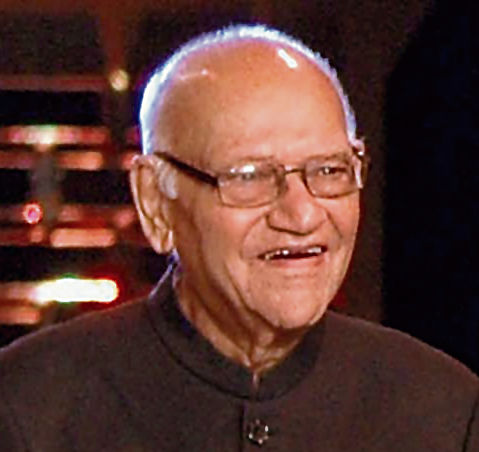 THE death of a shopkeeper, Jayaraj, and his son, Bennix, in Tuticorin district of Tamil Nadu should be the trigger to start a movement against police brutality in general and custodial tortures in particular. The death of George Floyd, a black American, at the hand (or rather knee) of a policeman in the US city of Minneapolis for allegedly paying for groceries with a fake $20 bill, set off the ‘Black Lives Matter’ movement. In Tuticorin, the charge against the father and son was keeping their shop open beyond the ‘lockdown’ hours!

Custodial torture by the police, through the length and breadth of the country, is as old as the hills. Even an urchin on the streets knows of its existence. It is almost an accepted part of police functioning. There are hypocrites who condemn it routinely but change their stance instantly if and when they are personally victimised by crime! Much attention has been paid to this phenomenon by governments when under pressure by the courts of law, by human rights activists and by assorted NGOs seeking justice. Nothing has worked. Police brutality continues. Death in custody is routinely reported.

If a judicial inquiry is ordered, there is a faint likelihood that its conclusion may differ from the police version but in my experience, I have not seen any action initiated against the defaulters. There is an unwritten conspiracy between all arms of the judicial process system to paper over the worst aspects of custodial interrogation. Even the NHRC/SHRC has never punished the defaulters!

The reason for this tacit conspiracy is not far to seek. The India chapter of Amnesty International, a human rights body headquartered in London, but with a worldwide presence, was in correspondence with me when I was the Police Chief of the city of Mumbai. Amnesty’s studied view of police torture during custodial interrogation was that unless public support for this inhuman practice was withdrawn, such abhorrent methods of establishing facts would continue.

The middle classes which form public opinion in most cultures feel threatened when the judicial process does not work as smoothly as it should. There was a time when this writer was a student of law, when murderers, rapists and even thieves were tried and punished swiftly, within a year of the commission of the offence! Such a closure is not possible now. Vacancies in judicial posts hover around 30 per cent of the sanctioned strength and that alone is a pointer of how seriously the government takes its responsibility of ensuring justice to its citizens.

Most offenders who meet their end in the police ‘lock-up’ are not of the economic status of a Jayaraj and a Bennix. They are the very poorest of humans. Thieving, for instance, could be their sole passport to life. Nobody seems to care if the lives of the poor, who of necessity have indulged in crime, are extinguished by brutal law-enforcers. The irony is that the bulk of these law-enforcers, at the lower end of the police hierarchy, have emerged from an economic bracket which is marginally better than that of those whose bones they have broken.

The National Police Commission and later the Supreme Court in Prakash Singh’s PIL had mandated a Police Complaints Authority (PCA) to counter balance the operational independence for police chiefs recommended by the Commission and the Supreme Court. One of the grave offences to be inquired into by the PCA was death in police custody. My NGO, the PCGT (Public Concern for Governance Trust), sent three successive batches of interns to study the working of the PCA in Mumbai. What they found shocked even an old warhorse like me (a description conjured by an old IAS colleague he has never met).

The government had paid scant attention to the selection of the Chairman and Members of the Authority. A retired High Court judge who was not even remotely interested in the job was appointed Chairman. He was not seen even once in the three months our interns attended the PCA’s courtroom! One retired IPS officer of Additional DGP rank conducted all the proceedings. The output of the PCA in the three years of its existence was virtually nil. The people were being taken for a ride. Vast amounts of public money were spent for no tangible returns!

It is not easy for a police leader, even one committed to human rights, to fight the system. But he can make his priorities known to his officers and men. They will not dare to displease him, except covertly. And in the case of custodial deaths, covert disposal of a dead body is impossible. The values and beliefs of the leader will serve as an antidote to cruelty of any sort.

The statistical evaluation of police work and the public pressure, as reflected in the media, to produce quick results in sensational cases are two big reasons for custodial violence. These are not going to go away. Police leaders will have to think of more concrete methods of fighting this menace. Psychological tests to eliminate psychopaths at the recruitment stage and emphasis on scientific methods of investigation of crime are two steps that come to mind.

Most police leaders are themselves complicit in short-cut methods to detect crime. We will have to rethink strategies and revise in-service training inputs. Punishing individuals who are convinced they are just doing a good job, bereft of a personal agenda, will only boomerang on performance. Police leaders must take personal responsibility to ignore statistics as well as political and media pressure since custodial violence is an institutional phenomenon, not confined to a few rotten apples.