Time for farmers to have a say in politics

2020 marked a watershed in the farmers’ struggle as Punjab’s farm unions with divergent leanings came together to wage a united protest against the three Central farm laws. With farmer leaders now expanding the outreach through mahapanchayats in different parts of the country, the crucial issue related to the withdrawal of the laws and the demand for making MSP a legal right has reached every nook and cranny. 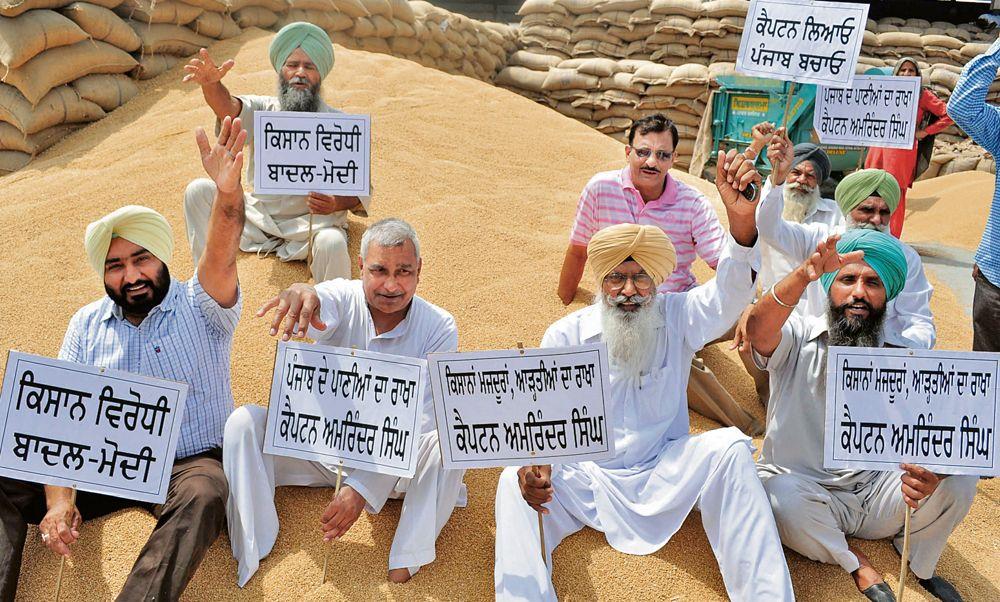 Rethink: By being apolitical, the farmers would remain at the mercy of the political leaders. Tribune photo 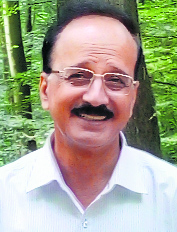 In a tweet, the popular Indian Historypics handle recently shared the cover story of erstwhile Hindi weekly Dharamyug (September 1972) titled Ann Upjaaye Kisan! Bhookho Mare Kisan! (Farmers grow food! Farmers die of hunger!). The focus was on how the people who produce food for the country were themselves living in hunger. That was a time five years after the Green Revolution had set in and valiant farmers in the north-western region had literally pulled the country from the throes of a ‘ship-to-mouth’existence.

Nearly 50 years later, the iconic farm protest at the doorstep of New Delhi showcases the piteous condition of farmers who have somehow survived against all odds and produced a record harvest year after year. Faced with mounting indebtedness, the spate of farm suicides over the years leaves a trail of neglect and apathy.

With the policy focus remaining on increasing crop production, successive governments have turned a blind eye to the deplorable living conditions of farmers and farm workers. This was the outcome of a flawed economic thinking that aimed at pushing farmers out of agriculture to join the army of daily wage workers in the cities.

For several decades now, farmers have been protesting in one part of the country or the other, demanding a guaranteed price for their crops in the form of a higher minimum support price (MSP). They have been invariably been asking for karza mukti (loan waivers). These two demands actually reflected the urgent need to address the crying need of providing economic justice to the farming community, languishing at the bottom of the pyramid.

But nothing tangible has come about, with the states either ignoring the protests or, at best, offering a temporary reprieve. The agrarian crisis, in the process, has only worsened.

According to the National Crime Records Bureau, recorded farm protests across the country were 4,837 in 2016, 3,300 in 2017 and 2,008 in 2018. A CSE study quoting media reports, however, showed the number of major farm protests in the country increasing fivefold between 2017 and 2021. Besides local issues, most of these protests highlighted the economic disparities that the farmers were living with.

Realising that the continuing farm protests had failed to draw the nation’s attention to the acute farm crisis and knowing that farmers and farm workers had been routinely treated by various political affiliations as nothing more than a vote bank, farmer leader Balbir Singh Rajewal had invited me way back in 2015 to take an initiative to bring farm leaders from across the country on one platform. We deliberated on the objectives as well as the challenges it posed, considering that farm unions were broadly divided on lines of caste, religion and political ideologies and bringing them together was not that easy.

Two stalwarts of the farm movement in the country — Mahendra Singh Tikait of the Bhartiya Kisan Union (BKU) and Prof MD Nanjudaswamy of the Karnataka Rajya Ryot Sangha (KRRS) — had, a few decades back, toyed with the idea of a unified farm front, but somehow the idea didn’t materialise.

Not many of the 52 farm leaders, representing the major factions of unions/organisations spread across the country, who assembled for a three-day conclave at Chandigarh in August 2015 actually knew one another. That was, perhaps, the first time that several farm leaders, cutting across ideologies and political affiliations, sat on the same table. During the intense discussions that followed, aimed at bringing the farm unions together, the leaders acknowledged the need of working together and agreed to form a loose network called the Kisan Ekta. More importantly, the Chandigarh conclave helped create a strong camaraderie and bonhomie among farmer leaders.

In the next three conclaves held at Bangalore, Akola and Shimla, an effort was made to reach out to some other farmer leaders as well. While the general consensus was that the farm movement in the country should remain apolitical, a few were strong votaries for forming a political party.

Among them were some whose argument was that by being apolitical, as experience had shown, farmers would remain perpetually at the mercy of the political leaders. Vote-bank politics would continue to keep the farming community divided, and the farmer leaders should, therefore, consider forming a political party.

Farmer leaders agreed in principle, but they were not willing to take a political plunge for reasons they understood better. In a TV interview at Shimla, to a question whether the Kisan Ekta would soon be a political party, my response was that the objective behind uniting farm unions was to ‘influence’ the political process.

The year 2020, however, marked a watershed in the farmers’ struggle as Punjab’s farm unions with divergent leanings came together to wage a united protest against the three Central farm laws. This has spread in other parts too. Not only have farmer leaders from Punjab emerged taller on the national scene but also those from Haryana and Uttar Pradesh. So have many other regional leaders emerged stronger in their parts of the country. The rush for clicking selfies with them is an indication of their growing popularity.

With farmer leaders now expanding the outreach through mahapanchayats in different parts of the country, the crucial issue related to the withdrawal of the Central laws and the demand for making MSP a legal right for farmers has reached every nook and cranny. In addition, their effort to reach out to other communities, which certainly has political ramifications, is bearing fruit.

In any case, considering that more than 50 per cent of the population is engaged in agriculture and allied activities, the time has never been so ripe for the collective farmer leadership to rethink its role — whether to go political or remain apolitical.

After all, reversing the flawed economic design that has kept farmers deliberately impoverished all these years in the name of economic growth will require farmers to emerge stronger on the political front and play a pivotal role in decision-making.

Noting the allegations raised are serious nd pertain to purc...