Time to give democracy a new lease of life

As we observe International Day of Democracy today, it’s worrying that India, once renowned for its democratic model, is on its way to being called an authoritarian and majoritarian country globally. The fig leaf of the pandemic has accelerated the process. As feared, the paradox of the largest democracy slipping from a flawed one to a hybrid regime may slowly be turning into a sad reality. 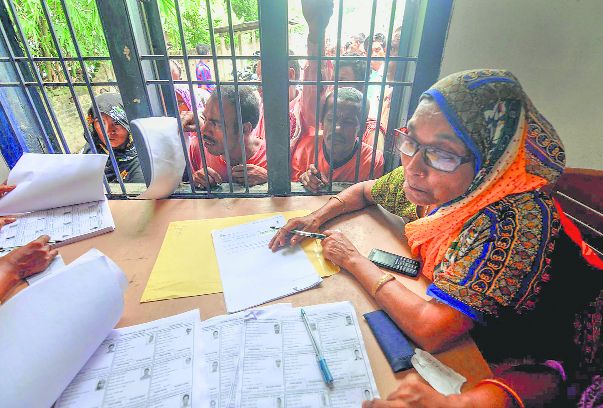 Sliding graph: The controversy over the CAA and the NRC dented India’s image.

As the world is abuzz with the terminology of the dreaded coronavirus, the vocabulary of democracy has been silently put to sleep. Grappling with the virus, countries have been quick to discard democratic practices as unnecessary obstructions. What better day to bring to light the colossal damage governments have done to democracy than the International Day of Democracy (September 15) — the only occasion left to remind us of its existence?

It is no surprise that countries imposed strict lockdowns during the pandemic. However, what escaped attention was a more stringent hold on human rights. According to the International Institute for Democracy and Electoral Assistance (IDEA), 57% of the countries took action, under the garb of containing the Covid-19 pandemic, which negatively affected the democratic rights of their people. Apart from authoritarian regimes, the organisation notes that 77% of hybrid regimes — countries that swing between democratic as well as authoritarian form of government — and two in every five democratic regimes, witnessed at least one development that was ‘disproportionate, illegal and indefinite’.

Analysing countries on five broad parameters — representative government, fundamental rights, checks on government, impartial administration and participatory engagement — IDEA concludes that countries in Asia-Pacific region had the most worrisome developments, while Europe had the least.

Within the Asia-Pacific region, the respective governments in South and Southeast Asian sub-regions came down heavily on fundamental rights and the civil society, while weakening the existing checks and balances to hold them accountable. For instance, the Philippines President imposed state emergency with military assistance and penalised propagation of fake news on social media platforms. Cambodia has been on a spree to arrest rights activists. Indonesian President Joko Widodo issued an emergency regulation allowing him to bypass the country’s parliament regarding changes in the budget throughout the Covid-19 period.

South Asia, a region whose population constitutes half of the world’s democracy, is not far behind. Sri Lanka has weaponised the pandemic to launch its offensive against dissent and Muslim minority, while Bangladesh fastened its grip around the deteriorating political opposition and Pakistan put behind bars Covid-19 warriors like doctors and nurses for highlighting the lack of PPE kits.

India, the leading democracy in South Asia, has been a guiding light for its neighbours over the years. However, this time around, it has unfortunately joined them in aggressively eroding democratic principles. From arbitrarily slapping stringent legislations like Unlawful Activities Prevention Act (UAPA) on student activists to inactivity during the migrant exodus, from a communally charged narrative to the absence of parliamentary oversight, India has ticked all boxes in projecting itself as a dying democracy in this pandemic. But is it just after Covid-19 struck that India had to ‘sacrifice’ its constitutional responsibility for ‘larger public good?’ The global indices say otherwise.

The IDEA’s Global State of Democracy Index 2019 covering 158 countries since 1975 noted that India, along with seven democracies, including the US, had ‘seen the most widespread democratic erosion’ in the past five years. It goes on to say that India was experiencing democratic backsliding — an intentional ‘weakening of checks and balances and of civil liberties.’ In 2018 indices, (with 1 being the highest rating), India scored 0.69 under ‘representative government', 0.57 under ‘fundamental rights’, 0.58, 0.53 and 0.59 (aggregate) under ‘checks on government’, ‘impartial administration’ and ‘participatory engagement’, respectively. Despite being the largest and one of the oldest democracies, it only managed to figure in the mid-range category along with 12 Asian nations, including Nepal and Pakistan.

As per the report, India recorded a decline in the highest number of sub-attributes since 2013. For instance, even though almost every sub-attribute under ‘fundamental rights’ has taken a hit, ‘civil liberties’ has dipped massively from 0.70 (2013) to 0.57 (2018).

With the largest number of Internet shutdowns (134) in the world in 2019 and indiscriminate intimidation of dissenters, freedom of expression had the second steepest decline in rating from 0.71 (2013) to 0.58. The tactics of ED raids and freezing government advertisements to silence rebellious journalists lowered the score of media integrity from 0.82 (2012) to 0.58.

In terms of ‘civil society participation’, India performed miserably. It scored 0.59, less than Pakistan’s score of 0.73. In fact, our country has come under the scanner of organisations like the UN for its regressive treatment of civil society organisations. The index acknowledged that with the help of Foreign Contribution Regulation Act, the Ministry of Home Affairs crushed the foreign funding of NGOs with 1,807 of them losing their licence for this in just 2019.

Not just the GSoD index, the 12th edition of the Democracy Index, ‘A year of democratic setbacks and popular protests’ by The Economist’s Intelligence Unit, released earlier this year, recorded similar observations. Drastically falling since 2017, India tumbled 10 positions down to the 51st rank. The report attributed the dip to the government’s action in J&K and the NRC in Assam. Clearly, the Sab changa si narrative failed to whitewash the contravention of civil rights in Jammu and Kashmir.

The index underlined that the controversial legislation, Citizenship Amendment Act (2019), which seems to target Muslim community, would further depreciate India’s position next year.

This alone must stand as a warning that India, once renowned for its democratic model, decorated with secular principles, pluralism and rule of law, is now on its way to being called an authoritarian-cum-majoritarian country globally. The fig leaf of the pandemic has accelerated the whole process. As feared, the paradox of the largest democracy slipping from a flawed one to a hybrid regime may slowly be turning into a sad reality. This International Day of Democracy is a good occasion to introspect!