Time to take the lead

Regional cooperation is a compulsion now, and must drive our neighbourhood policy 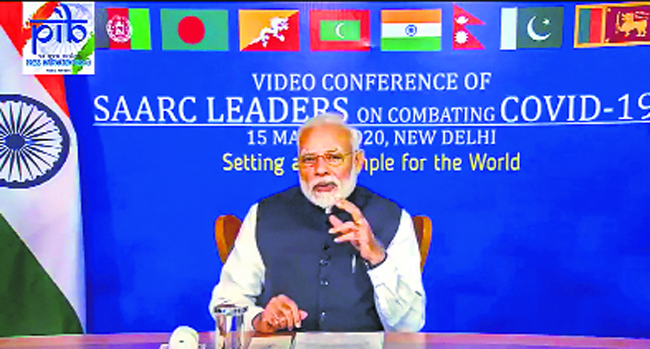 Stepping up: Once a Covid vaccine is available, its affordability and availability in South Asia will be a challenge. India could shoulder this responsibility. 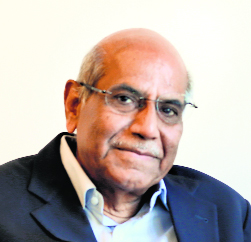 India and its sub-continental neighbourhood are confronting a public health crisis and a collateral economic crisis. Despite awareness among South Asian countries that the crisis could be better managed and overcome through closer regional cooperation, each country is largely going its own way. Hopes were raised when PM Modi convened a virtual summit of SAARC leaders in March to urge a regional response to the pandemic and pledged India’s cooperation and support. The summit was a significant development because there has been a perception that India has given up on SAARC and is promoting the Bay of Bengal Initiative for Multi-sectoral Technical and Economic Cooperation (BIMSTEC) instead. The latter does not include Pakistan. It has other South Asian countries like India, Sri Lanka, Bangladesh, Nepal and Bhutan and Southeast Asian countries like Myanmar and Thailand. However, there has been little substantive follow-up to the Indian initiative. Pakistan did convene a meeting of SAARC health officials subsequently and though a mechanism for exchange of information and experiences seems to have been established, this does not live up to expectations generated by the summit. One must acknowledge that the twin crisis has erupted at a time when there are renewed political tensions in relations between India and some of its neighbours such as Pakistan, Nepal and even Bangladesh. The political environment is not conducive to regional cooperation. If the crisis is to serve as an opportunity to revive SAARC and impart fresh momentum to regional cooperation and economic integration, India as the largest country in the region will have to take the lead and deploy significant resources to assist its neighbours, both to cope with the pandemic and support their economic recovery post-pandemic. What could be a compelling narrative to enable this lead role?

Economic revival should be pursued not as a purely indigenous effort but as a shared effort among our neighbours.

The narrative has to be at two levels. Covid-19 has brought to the surface the serious erosion of our planet’s ecology which lies behind the pandemic. The forest habitats of the animal kingdom are shrinking at an alarming rate, leading not only to the loss of biodiversity but also bringing wild species hosting unfamiliar and often deadly viruses, into close contact with both domesticated animals and human beings. This is the same phenomenon which is accelerating climate change because forests constitute giant carbon sinks whose loss means more carbon stays in the earth’s atmosphere. South Asia is one of the most ecologically integrated regions of the world with very rich biodiversity but this is fragile and under threat. The Himalayan glaciers are receding, affecting the flow of perennial rivers in the Indo-Gangetic plains. The pollution of our rivers with run-off from the use of toxic chemical fertilisers and pesticides and a huge amount of plastic waste is creating a dead zone in the Bay of Bengal, with complete loss of marine life. Rivers are living and life-giving. They cannot be partitioned and exploited among countries. The seas around us are similarly a common resource that maritime boundaries cannot divide and parcel off as family assets. If these cross-border ecological challenges are not recognised at the political level and addressed through cooperation, we are setting ourselves up for even more severe crises in the future. The very survival of our people may be at stake. The political issues that preoccupy South Asian countries today will be rendered irrelevant in the face of the infinitely greater risks that await us round the corner. India’s larger size and resources will not count for much in confronting these overwhelming challenges. But India could be the centre of gravity for an urgent region-wide effort to minimise these imminent risks. Taking the lead on this overarching issue will require political boldness, a willingness to transcend current differences and disputes and move away from a competitive and reciprocal frame of inter-state relations to a collaborative frame. This does not mean that issues will go away or that outstanding issues will resolve themselves. It will mean that their salience in our relations with our neighbours will diminish while a positive narrative of cooperation begins to take hold. In a real sense, regional cooperation is no longer a choice. It has become a compulsion. This is what must now drive our neighbourhood policy.

There are near-term initiatives through which the regional agenda may be advanced in dealing with the crisis. Once an effective vaccine becomes available, there will be a major challenge in enabling its large-scale production and distribution and ensuring its affordability among a relatively poor population of South Asia already hit by the economic impact of the pandemic. India has one of the largest production capacities for vaccine production in the world, which could be mobilised for bringing relief to the people of South Asia without letting borders stand in the way. SAARC countries could be invited to design this public health initiative together, with India shouldering the larger responsibility.

On the economic recovery aspect, one area where India could help is in assisting neighbours cope with the increasingly severe balance of payments pressures they are facing. India has large and comfortable foreign exchange reserves which should enable much larger swap facilities than is currently available. Atmanirbhar Bharat could be rebranded as Atmanirbhar South Asia with regionally structured supply chains. Economic recovery would be pursued not as a purely indigenous effort but as a shared effort among our neighbours.

A mix of both overarching and more modest initiatives may help India in regaining the initiative in a region which impacts most directly on India’s security and economic welfare.

Farmers’ protest internal issue of India, for it to resolve: British govt